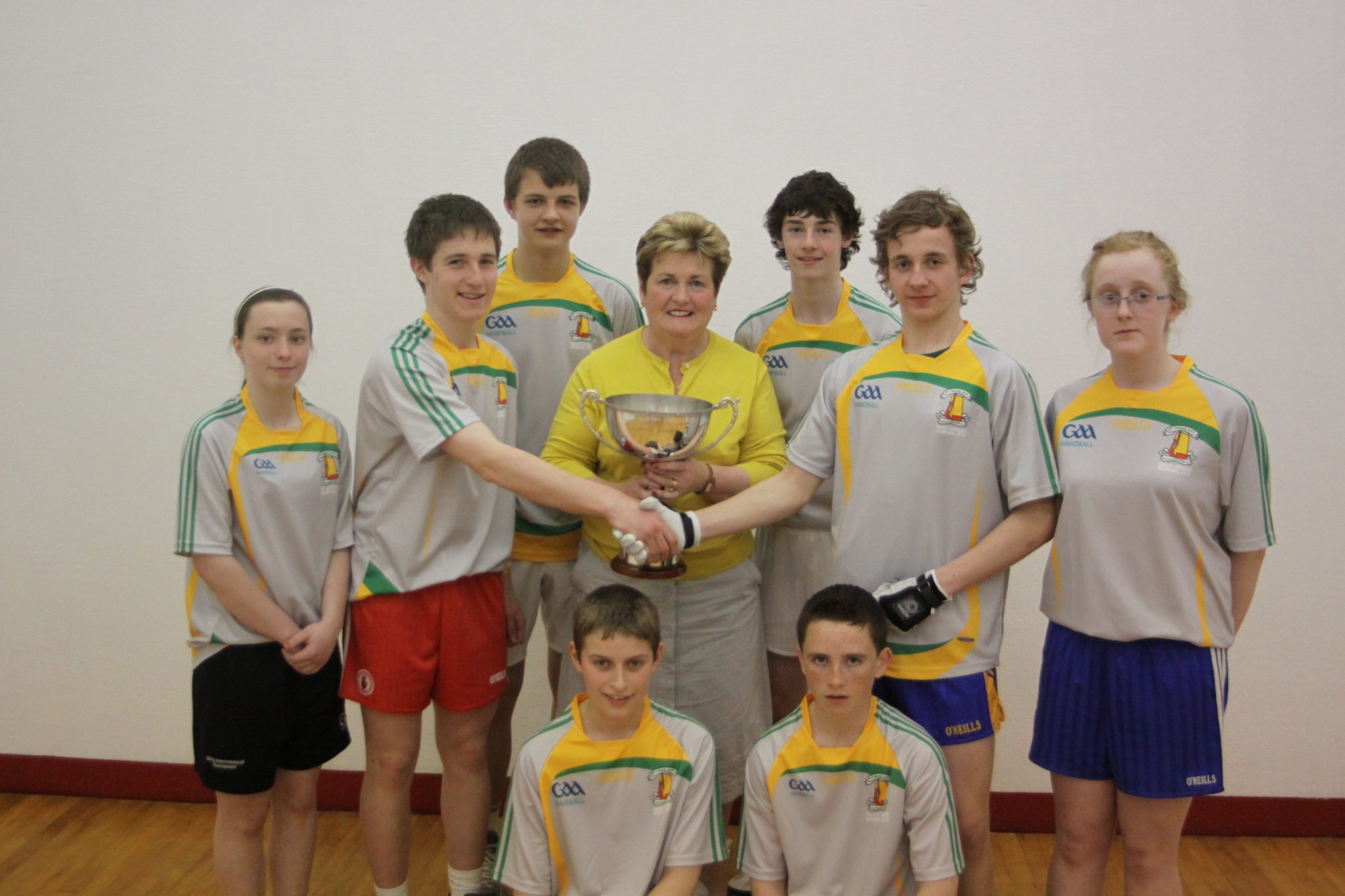 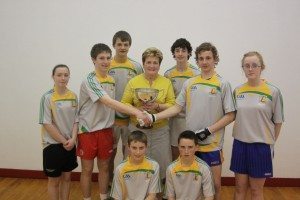 A thrilling climax to a thoroughly enjoyable weekend was witnessed by all in attendance in Carrickmore this weekend for the 3rd Paddy Grogan Memorial tournament as Ramunas Ramuskas held off a late surge from Johnny Woods to clinch the title for his ‘Clare’ team, captained by 17 & Under Irish Team player Colin Crehan.

The novel tournament format saw each team comprise of four players; one U14 girl, one U14 boy, one U16 boy, and captained by an U18 boy, with each team named after the captain’s county. Games were played on a time basis with overall aggregate score determining the winners. A plethora of young talent was on court all weekend, many of whom are current All-Ireland, Irish Junior Nationals, US Junior Nationals and World Champions.

Colin Crehan (Team Clare) got his team off to an ideal start with a slender win over All-Ireland Minor Champion Donal Wrynn (Team Leitrim) in the second semi-final. This was an eye-catching win as Wrynn in particular was in irresistible form on the Saturday with his all action attacking style drawing great admiration from the crowd. Further wins for Team Leitrim from Eilise McCrory & Jason English over Emer Ni Bhiadi & Cian O’Conghaile left local player Ryan Mullan a mountain to climb with a 17 point deficit against Ramunas. To the excitement of the gallery, Mullan raced into a considerable lead, nearing the required total with five minutes left. Ramunas however raised his game and finding his mark with some powerful killing, brought the game back to closer terms and sealed a final spot for Team Clare.

Preceding the showpiece final was the U12 final which saw Loughmacrory’s Antoin Fox claim victory over Carrickmore’s Cormac Munroe. The U12 tournament is for the young players in local clubs, providing an opportunity to display their potential to the wider handball fraternity and indeed both players can feel proud of their efforts on the day. Previous winners of the competition include Sean Kerr and Niall Allison, both of whom have since won All-Ireland titles in the 40×20 & One-Wall codes respectively, which bodes well for the futures of these two U12 players.

The final brought together Team Clare and Team Monaghan, renewing rivalries as both had previously met in Saturday’s group stages. Crehan, out for revenge after the flamboyant Doherty shocked the Clare star the previous day, seemed to get better as the tournament progressed and his elegant court movement and supreme finishing saw him clinch the first match, despite Doherty’s spectacular retrieving. A name for the future, Jason English, was without doubt one of the most impressively consistent performers on show all weekend, and he rounded off his tournament by becoming the only player on the winning Clare team to win all four of his matches. In the final, he defeated local player Ronan McKay who despite fighting valiantly to gain valuable points after a slow start, could not prevent English taking the second tie. Both players exhibited shots and nerve that belied their years, in doing so serving up an enthralling encounter.

Anna Ni Odhran did excellently to, like her captain, overturn the previous day’s result to run out a solid winner over Team Clare’s Eilise McCrory despite a spirited comeback from McCrory. This set up a similar situation for Ramunas who again had a significant lead to take into the final tie, but had to contend with the fiercely competitive Johnny Woods. Ramunas clearly thrived on the tense atmosphere building among the spectators and with a number of exquisite side wall front wall corner kills, he never let Woods, who was most peoples player of the tournament thus far, build any real momentum until the latter stages. However in the end it was too large a lead to rein in and the ‘Clare’ team claimed the overall title with ten aces to spare.

The late Paddy Grogan’s wife Kathleen and daughter Breige were on hand to present the winning team and commend all the competitors on the skill levels displayed over the weekend.

Carrickmore Handball Club would like to thank all the players, family members, committee members and the Brackey Handball Club for their all their help over the weekend.