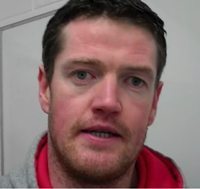 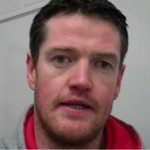 Tyrone keeper Pascal McConnell is wary of the threat posed by Roscommon after the Red Hands were drawn to face the Connaught men in the second round of the All Ireland qualifiers.

After losing out to Donegal in the Ulster semi final on Saturday the big Newtownstewart clubman says there is no point in looking back on what might have been and they have to focus on the Dr Hyde Park clash.

“We are naturally disappointed to have lost to Donegal but thankfully we still have the qualifiers and the fact that our next game is less than two weeks away means that we have to get focussed straight away,” says Pascal.

“We know all about Roscommon as they put it up to us at Croke Park last year and it wasn’t until the final quarter that we pulled away from them with the crucial score being Sean Cavanagh’s goal almost immediately after they had found the net to go four up.

They had a great result at the weekend against Armagh and they were obviously up for that game after the criticism they received after losing to Galway. They are a big, physical side who have home advantage in their favour and we are going to have to be at our best to beat them.

The qualifiers have served us well in the past and we know that there is nothing easy from here on in. You have to battle to get a result, just like in Longford last year, and we are determined to keep our season alive.”