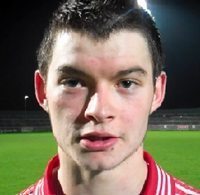 A wonderful few weeks for the Donnelly family. Matthew has been playing well for Tyrone senior team, father Liam has been appointed Director of Football in Tyrone and Richard has helped Tyrone U21s into an Ulster semi final. Teamtalkmag.com spoke to him after the game on Wednesday night.