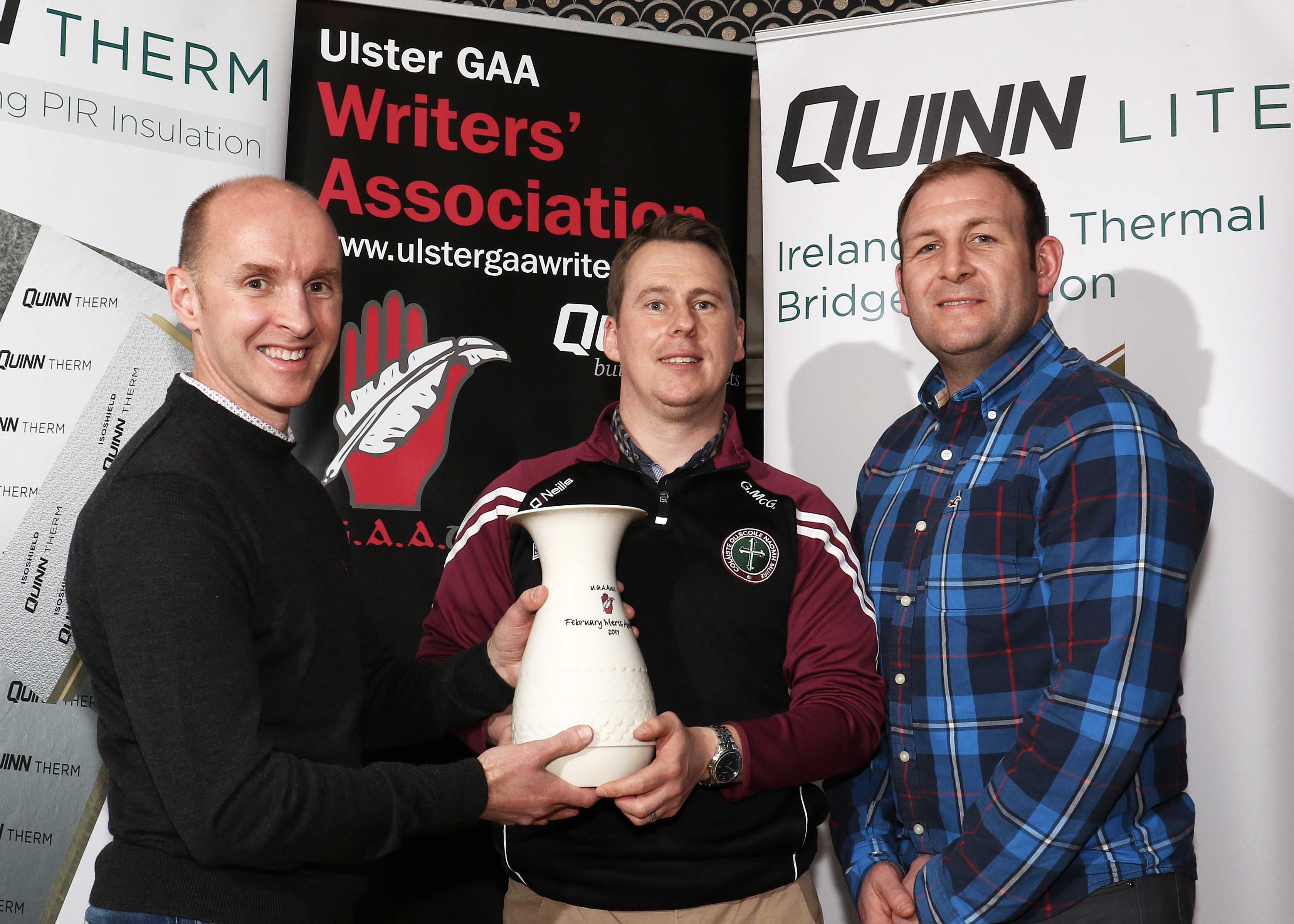 The ambitions of St Mary’s University, when entering the Sigerson Cup this year, were pretty modest. Get to the semi-finals was the main focus and take it from there was the feeling in the camp. The ‘Ranchers’ did take it from there and went all the way.

It is history that St Mary’s swept to ultimate success last month after a highly exciting final victory over favourites UCD and, for that, the Quinn Building Contracts-UGAAWA Monthly Merit Award goes to winning coach Paddy Tally, who has been the driving force behind the college teams for many years.

“That’s a fabulous honour,” enthused Paddy, “and I’m delighted with it. We have been close for many years but never managed to get past the quarter-finals so we were determined to do that this time. We knew that anything less than top performances, all the way, would do. The lads produced those performances and kept the best to the final.

“Beating DCU in the quarter-finals by a point was a highlight. We were then in bonus territory and the lads made the very best of that. Some of the other teams have a couple of hundred players to choose from, we were working on a panel of 32. It is fair to say that we punched well above our weight,” says the Galbally man.

When one considers that St Mary’s swatted the likes of DCU, UCC and UCD, out of the way, on the road to the winners’ podium, puts the worth of winning the Sigerson Cup in prospective. Many times the high hopes of the Falls Road undergraduates were deflated but not this time, as the silverware retuned to St Mary’s for the first time since 1989.

Paddy Tally played a central role in achieving that aim and for that he gets our Monthly Merit Award, ahead of Slaughneil’s Chrissie McKeagie, who was outstanding in the All-Ireland football semi-final against St Vincent’s, and Tyrone’s Conor Meyler.

The presentation was made to Paddy by Quinn Building Products Sales Representative for Fermanagh & North Leitrim Damien Lee, at a reception in Quinn’s Corner, Co Tyrone, on Monday, March 13.