Home | Rock Too Strong for Greencastle

Rock Too Strong for Greencastle 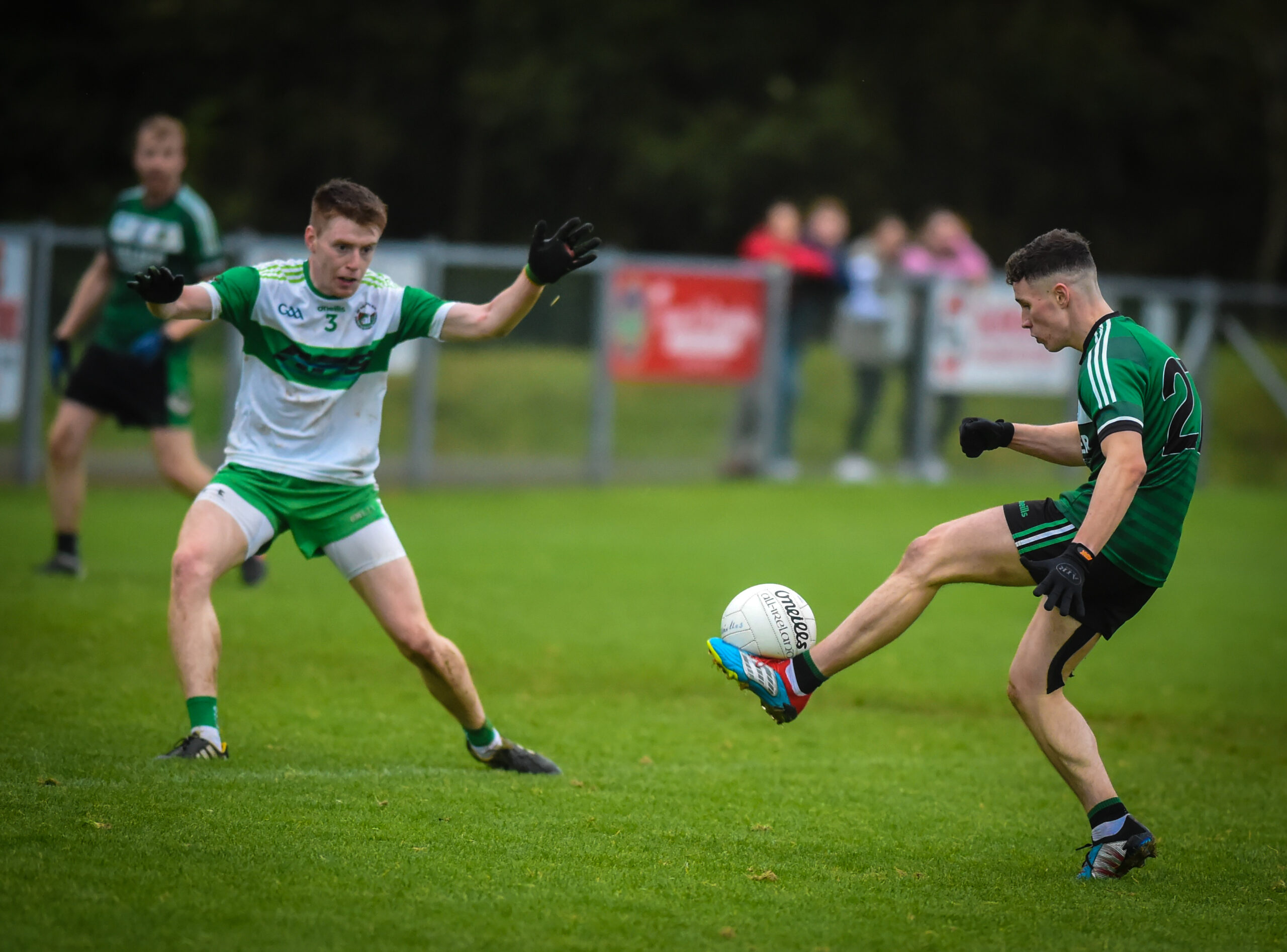 Rock St Patrick’s went into this one as underdogs but have emerged as a side in with a real chance of landing the 2021 LCC Tyrone Intermediate Championship crown.  Greencastle never got to grips with a Rock side full of running, sharper to the ball and defensively very well organised throughout the game.

Conor McGarrity had Rock one ahead inside the 2nd minute of the game in Loughmacrory this afternoon but his score was wiped out with two minutes as Greencastle midfielder Sean Warnock crashed one over the bar from 30 metres.  That would be the last time Greencastle were on even terms in this one.  Points from Conor Ward and Aidan McGarrity had Rock two up by the 6th minute.  Paddy McElhatton did bring Greencastle to within one by the 12th minute but Rock were soon to give themselves significant daylight.

Greencastle goalkeeper pulled off a wonderful save only to see the ball drop to Padraig Ward who smashed it to the net.  Rock 1-3 Greencastle 0-2.  Conor McCreesh had time to extend the lead to five points after an excellent free kick off the deck just ahead of the water break.

Rock centre half forward Aidan McGarrity made the lead six in the 21st minute before Patrick McElhatton got a badly needed point for Greencastle.  McElhatton was on target again in the 25th minute a short time after a nice point from Rock wing half back Conor Ward.  Rock added two more points in the run in to the break as Aidan McGarrity and Conor McCreesh found their range.  The last score of the half came via Cahir McCullagh to leave the half time score Rock 1-8 Greencastle 0-5.

Conor McGarrity opened the second half scoring with a peach of a point before Greencastle staged a mini comeback with a point from Peter Teague and two from Cahir McCullagh.  Rock responded well though with Conor McCreesh and Eoin Gallagher raising the white flag ahead of the second water break.  Rock 1-11 Greencastle 0-8

The fourth and final quarter was bossed by Rock.  Conor McCreesh made sure that the result was beyond reasonable doubt in the 51st minute as he raced into the square and punched a high ball into the Greencastle net.  Enter Liam Nugent who wasn’t even listed on the programme to add another two points for a rampant Rock side.  Mark Carson added a very late consolation score for Greencastle but it was left to Aidan McGarrity to hit the final score of the game.