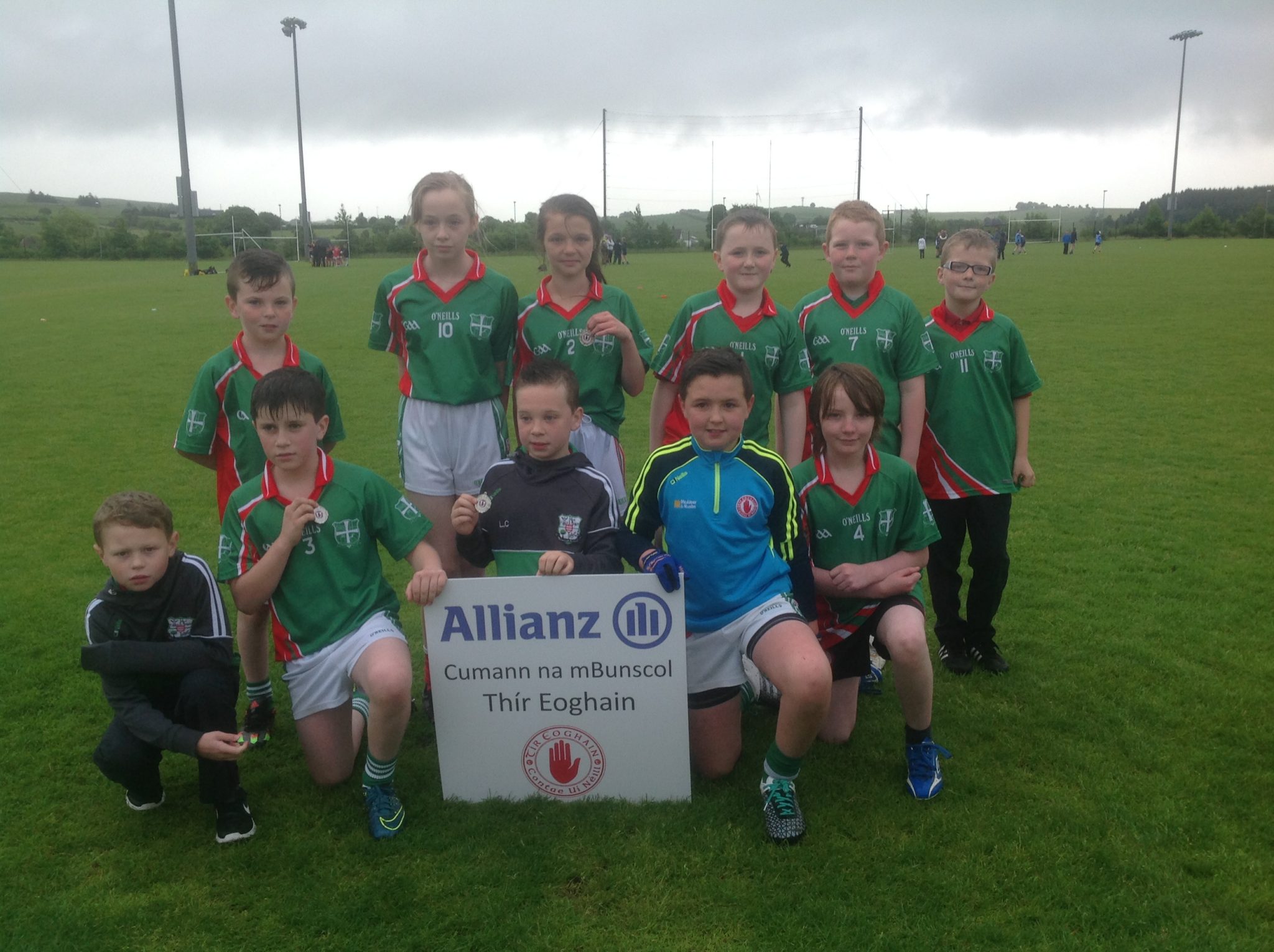 Allianz Cumann na mBunscol Thír Eoghain held their eagerly awaited showcase event of 2016 when the ‘Outdoor Football Finals’ took place on Wednesday 15 June in the magnificent grounds of the Garvaghey complex. The weather was kind, thankfully, for the 20 school teams from across Tyrone who had qualified from their respective sections for this highlight day in the Primary School sporting calendar. A total of 6 prestigious county titles were up for grabs. 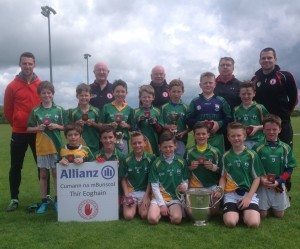 Once again, as we had witnessed throughout the season, the level of skill displayed by our pupils was of the highest quality. This is testament to the sterling work being done in our Tyrone Primary Schools by teachers – working in conjunction with club and Co. Board coaches. Maith sibh go léir! 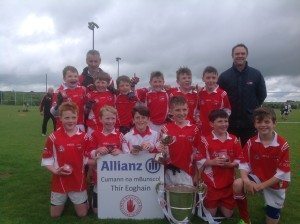 Smiles, coupled with graciousness and good-manners, were evident when the prize-giving ceremony took place at the end of each of our competitions. 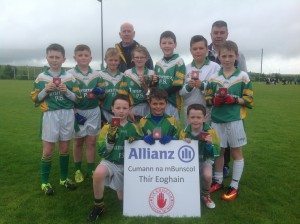 The successful schools on the day were as follows:

The following day was the action-packed Finals Day. Well done to Master Sean Maguire for guiding his Tummery pupils to a well-deserved breakthrough title. Trillick completed a tremendous back-to-back success with their victory under the tutelage of Masters Iggy Gallagher and Brendan Kane. Carrickmore girls (managed by Master Emmet O’Neill and Ms. Sarah McElroy), and Loughmacrory boys each completed a remarkable treble of Tyrone and Ulster ‘Indoor’ titles followed by today’s success – what an achievement – the ‘Lough’ lads mentored by Masters Mark McCullagh and Mickey Gallagher. Congratulations also to Mrs. McAlinden’s Edendork team who, managed by Tyrone star Niall Morgan, captured the larger schools Cup for the first time. Galbally pushed them all the way to extra-time, only for Masters Sean Quinn and Joey Kelly’s brave team to be denied ultimate glory courtesy of a single point.

Allianz Cumann na mBunscol Thír Eoghain wishes to thank a number of people for their assistance throughout the year:

Tyrone Co. Board Chairperson, Roisin Jordan, for her ongoing support.

Tyrone PRO, Eunan Lindsay; Teamtalk website operatives (Noel, Damian and Kevin) and local newspaper editors do great work in helping promote our activities throughout the year. We are indebted to you for your kindness.

The staff of Garvaghey; Orla O’Neill and Mickey McGoldrick are thanked for their considerable help on the day. We thank Anne Daly and Benny Hurl for their invaluable input into our association, especially as they arranged with Ulster GAA (Paul McGurk) to have the Anglo Celt Trophy on display throughout the day. Adrian Breen did a fantastic job taking team photographs.

A word of gratitude to our county referees Sean McCartan, Brian McGinn, Marty Devlin and Stephen McNamee for their expert officiating. Special thanks to our county’s teachers and principals for supporting our games throughout the year and, of course, to the stars of the show – our girls and boys who participated so willingly and demonstrated such tremendous skill levels.

Lastly, none of this would be possible without the generous, ongoing sponsorship of Allianz. We really appreciate your continued support of our national games at grassroots level.

So a very successful 2016 series of indoor & outdoor games and competitions has come to an end, and we look forward to a much deserved summer break.