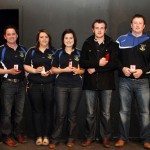 Sunday evening in Galbally saw a huge crowd and a wonderful evening of entertainment as the Senior Scor competitors displayed their talents for the county to see. Killyclogher continued their run of success at this level lifting four titles as they were declared county champions in Sets and Ceili Dancing, Ballad Group and Novelty Act. The other winners on the night were Sharon Kelly, Trillick in solo singing, Dromore Instrumental Music and Kildress with a double in The Quiz and Eoin Mc Garrity in the Recitation. A full list of winners and runners up will follow later.

All winners now go forward to The Ulster semi final which will take place later in the month in The Dun Uladh Centre in Killyclogher. 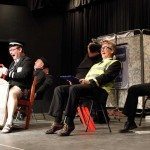