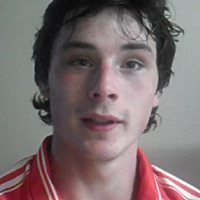 Sean Campbell and Michael Hughes are two very happy men after Friday night’s Power NI Tyrone Junior Championship first round win over Clogher. The game ebbed and flowed throughout but it was Brocagh that came away with a very narrow one point win. Teamtalkmag.com spoke to Sean & Michael after the game.