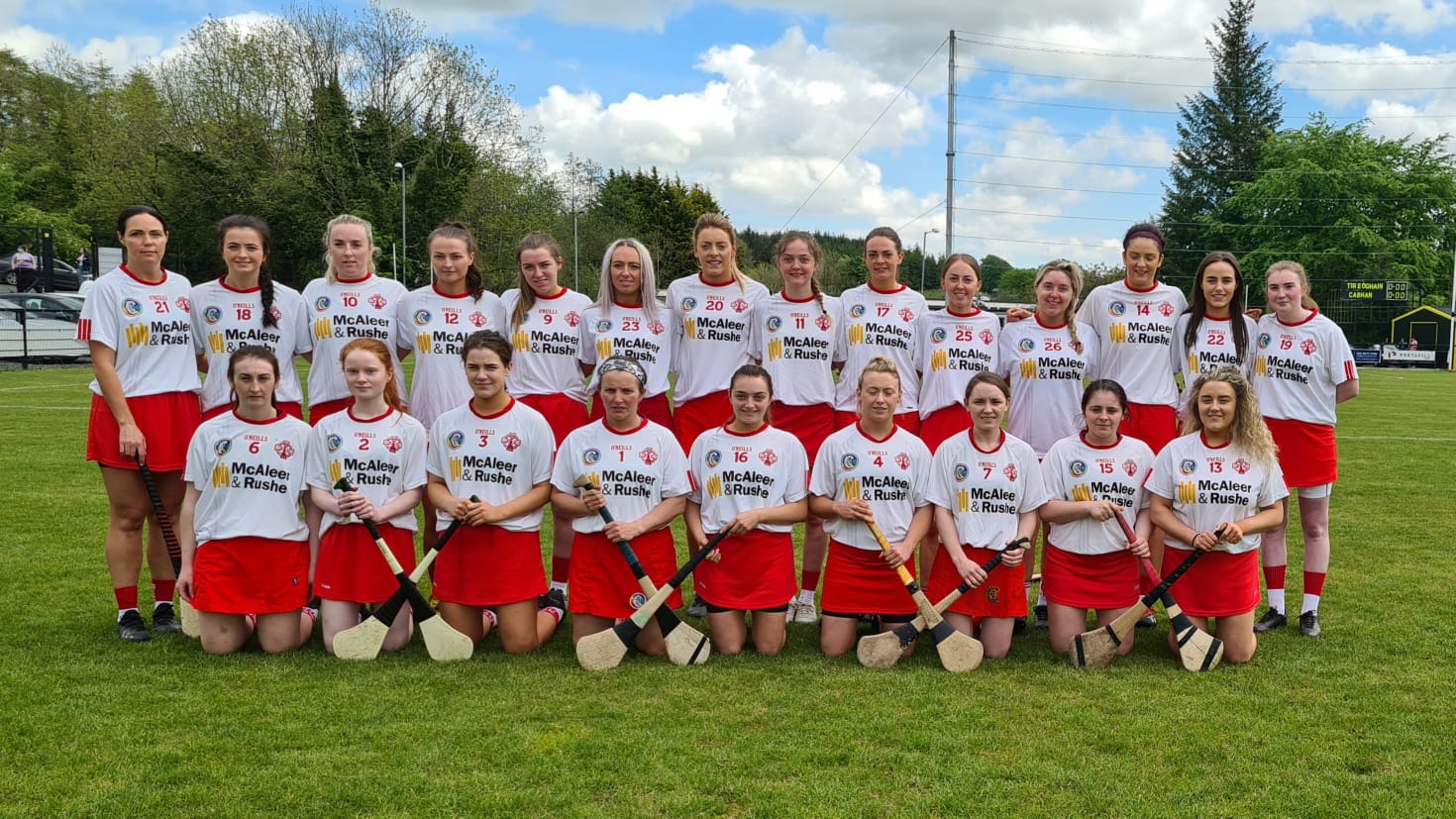 Tyrone’s senior Camogie team fell to their first defeat of the season when they lost out to a very good Cavan side 0-12 to 0-8 at Pairc Eire Og on Saturday. With both teams going into the game unbeaten something had to give and Cavan produced the goods when it mattered most showing greater athleticism, stickwork and physicality to see off the challenge of a young but developing Tyrone side.

The Breffni girls were quick out of the blocks but it was Tyrone who took the lead when Reagan Fay converted a free three minutes in. Cavan replied immediately with scores from Sinead Mc Kenna and full forward Clodagh Keenaghan (3) to put their team in control.

Tyrone struggled early on with the intensity and strong running of their opponents but Fay gave them renewed hope when she converted a free just before the water break to leave two between the sides. Shanise Fitzsimmons and Sinead Mc Kenna added points to put Cavan 0-6 to 0-2 in front. However Tyrone finished the half strongly outscoring their opponents three points to one in the second quarter to go off at the break trailing 0-7 to 0-5. Fay, Roisin Mc Erlean and Niamh Mc Nulty were on target for the Red Hands while while corner back Rosie Crowe Mc Keever replied for Cavan.

It was going to take a fast start and some solid defensive work if Tyrone were going to turn this game around but it was Cavan who imposed themselves physically after the restart. Tyrone found themselves under serious pressure and Julie Lagan in goals, Ciara Mc Gready, Catherine Muldoon and Cathy Jordan in the Tyrone rearguard were being tested to the limit.

Cavan stretched their lead to four inside the third quarter with points from team captain Erin Galligan and Ciara Finnegan. Substitute Roisin Mc Erlean fired over a free to keep Tyrone in it but once again Cavan responded with a point, this time from wing forward Roisin O’Keefe.

The physical nature of the game began to take its toll and both sides ran their benches. Scores from Mc Erlean and Fay reduced the gap to just two points but it was Cavan who finished strongest with late points from Niamh and Clodagh Keenaghan to seal the win and secure top spot on the table.