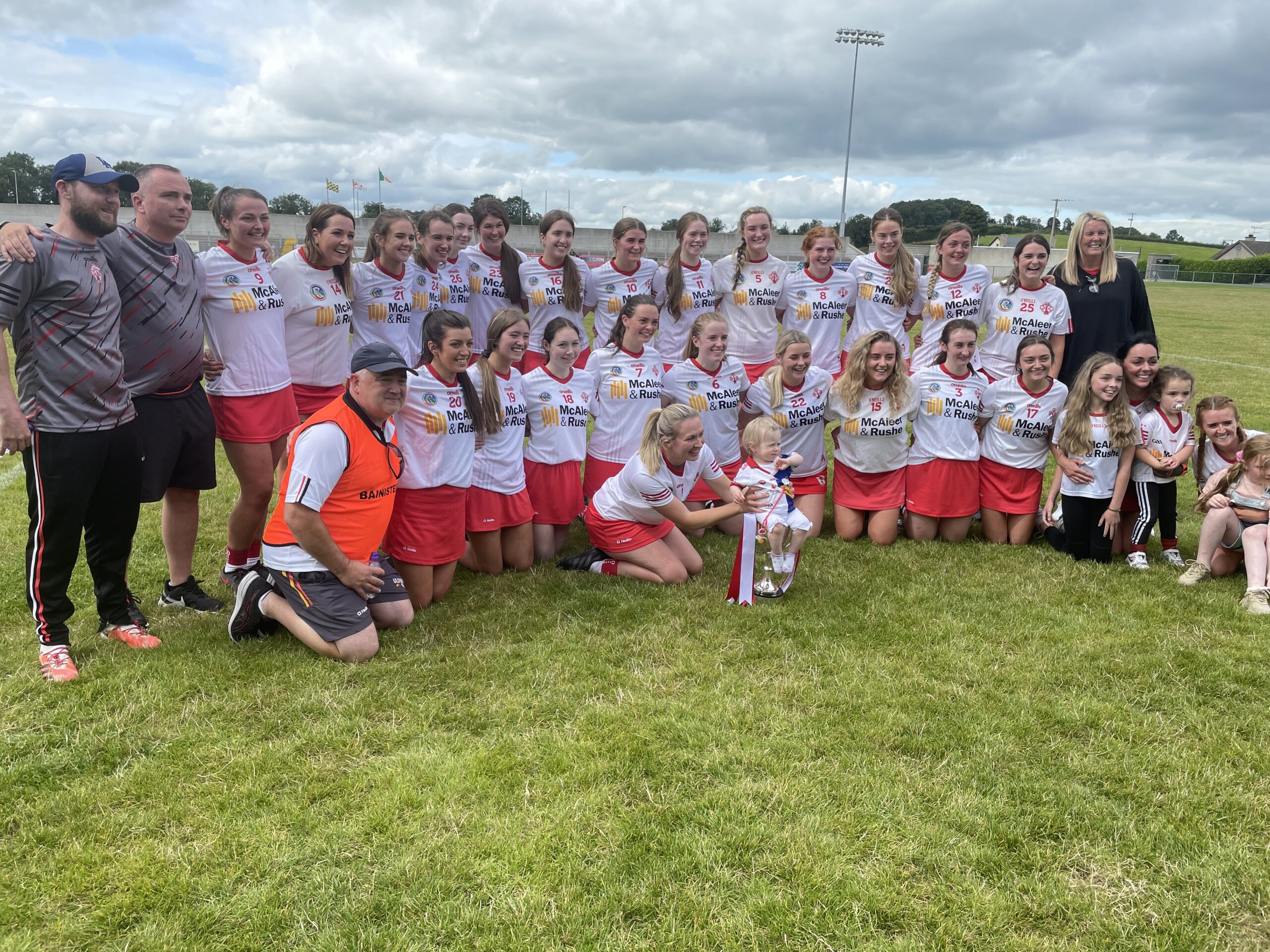 Tyrone and Wicklow met in this year’s Nancy Murray Cup final with supporters of both teams expecting a close and competitive match. They were not to be disappointed as from the off both sides produced Camogie of the highest order and a game that will live long in the memory of those who were there to see it.

Wicklow won the toss and opted to play with the breeze but it was Tyrone who made the better start creating a brace of excellent goal scoring chances with Kaitlin Gallagher and Roisin O’Neill Mc Kee denied by Wicklow keeper Jessica Driver. To compound the misses almost immediately Wicklow drove downfield and hit the net in their first attack through midfielder Shannagh Goetelen. Cara Little replied for Tyrone only for Wicklow to add points from Laura Manley and Faye Corrigan to lead 1-2 to 0-1 after seven minutes. 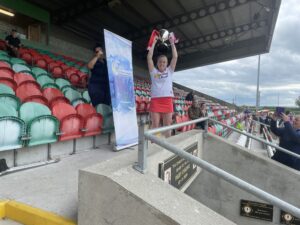 Exchanges remained keen and competitive with both side enjoying lots of possession and space. Tyrone centre forward Grace Mc Donald and Wicklow ace Lauren Manley swapped scores before Tyrone struck three points in a row courtesy of Fay, Gallagher and Mc Kee to leave one between the teams with ten minutes of the first half remaining.

The Garden County finished the half strongly with a point from Lisa Hogan, 1-1 from the stick of Sophie Bermingham and a fine point from corner forward Ciara Byrne. Tyrone looked tired having battled against the wind but managed to register a final score thanks to Player of the Match Regan Fay.

The second half started with Wicklow pushing forward in search of early scores and they were rewarded when Grace Byrne hit the net inside the first minute. Tyrone now trailed by nine points but never panicked and they reeled Wicklow in over the course of the next seventeen minutes with points from Fay and Gallagher and goals from Cara Little and Sally Mc Cann. With the game entering the final ten minutes Tyrone found themselves 2-10 to 3-6 ahead.

Wicklow were rattled as Tyrone drove forward in search of further scores. Aine Mc Nulty, Cathy Jordan and Una Mc Cann battled for everything as Wicklow were made to fight for every inch. Laura Manley and Sarah Byrne clipped over two points to put their side in front again and when Regan Fay sent two frees to the wrong side of the post it seemed like Wicklow would hold out for the win.

Tyrone were chasing the game but were also leaving gaps at the back and with the game deep in injury time Laura Manley scored what many present thought was the match winner for Wicklow. Tyrone however continued to probe for chances and when Regan Fay broke through and sent a dangerous ball to the edge of the square there was a moment of hesitation in the Wicklow rearguard. Sally Mc Cann needed no second invitation and in a flash the ball was dispensed to the back of the Wicklow net. There wasn’t even enough time for one more attack as referee Paul O’Neill sounded the full time whistle and Tyrone players, mentors and supporters celebrated a huge but deserved win.