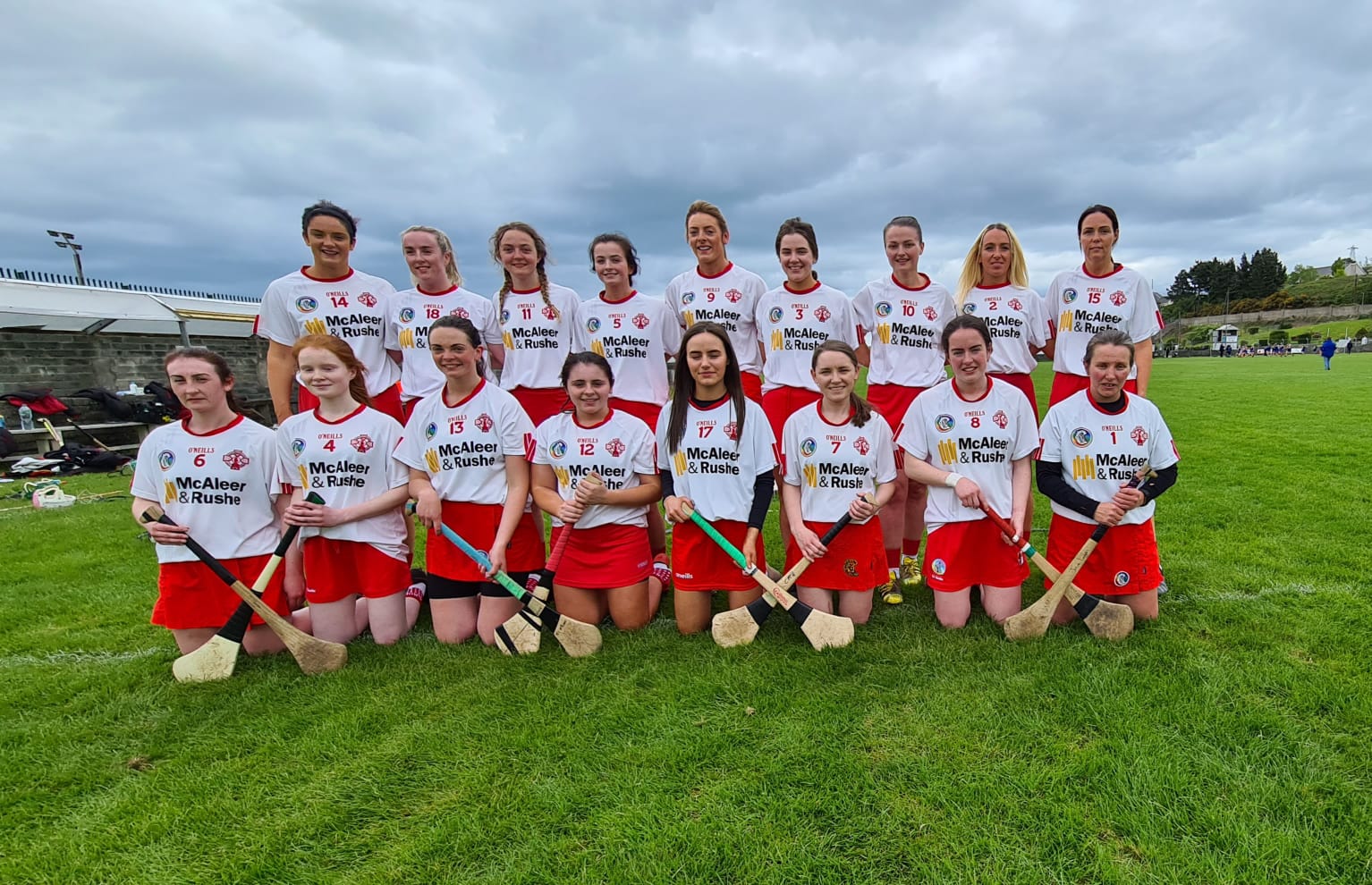 Tyrone’s senior Camogie team travelled south to Wicklow and after a tough battle against their hosts they made it two wins from two starts on a score line of 4-15 to 2-10.

Manager Declan Sherlock might have been forgiven for thinking that after Cavan’s storming victory over Wicklow last week that this would have been a routine affair. Even with several players unable to travel to Arklow, Tyrone were in a confident frame of mind coming off a win in last week’s National League opener against Antrim.

The home team however had not come along to merely make up the numbers and from the first ball made life very difficult for this young Tyrone side.

Wicklow were fast out of the blocks with two early points but Reagan Fay’s pointed free after 2 minutes helped settle any nerves the team might have had. Shortly after that settling score captain Laura Barker bagged her first goal of the day to give Tyrone the perfect start.

Defender Grainne Rafferty turned in another superb display of strong running and incessant hard work helping to create the chances from which Siobhan Donnelly scored. The long grass made ground work difficult and Wicklow made the most of this with a coup,e of scores of their own.

Roisin McErlean came on at the first water break and immediately marked her return to action with a fine goal which was followed almost immediately by a Donnelly goal and a further point from the stick of Reagan Fay.

Wicklow continued to battle hard and were rewarded with a scrappy goal just before the break to send the sides off at half time with Tyrone happily leading 4-6 to 2-7.

The second half was a very physical affair with some good defensive work from Cathy Jordan and Ciara McGready in particular. Niamh McNulty, Fay and McErlean continued to carry the game to Wicklow and were rewarded with several well deserved frees which ensured the score board continued to tick over In Tyrone’s favour.

Team manager Sherlock was more than happy with the team’s performance. “We were under pressure for large swathes of the game but our team work and work rate played out”.

Next week Tyrone will return to Pairc Eire Óg in Carrickmore to meet league leaders Cavan.