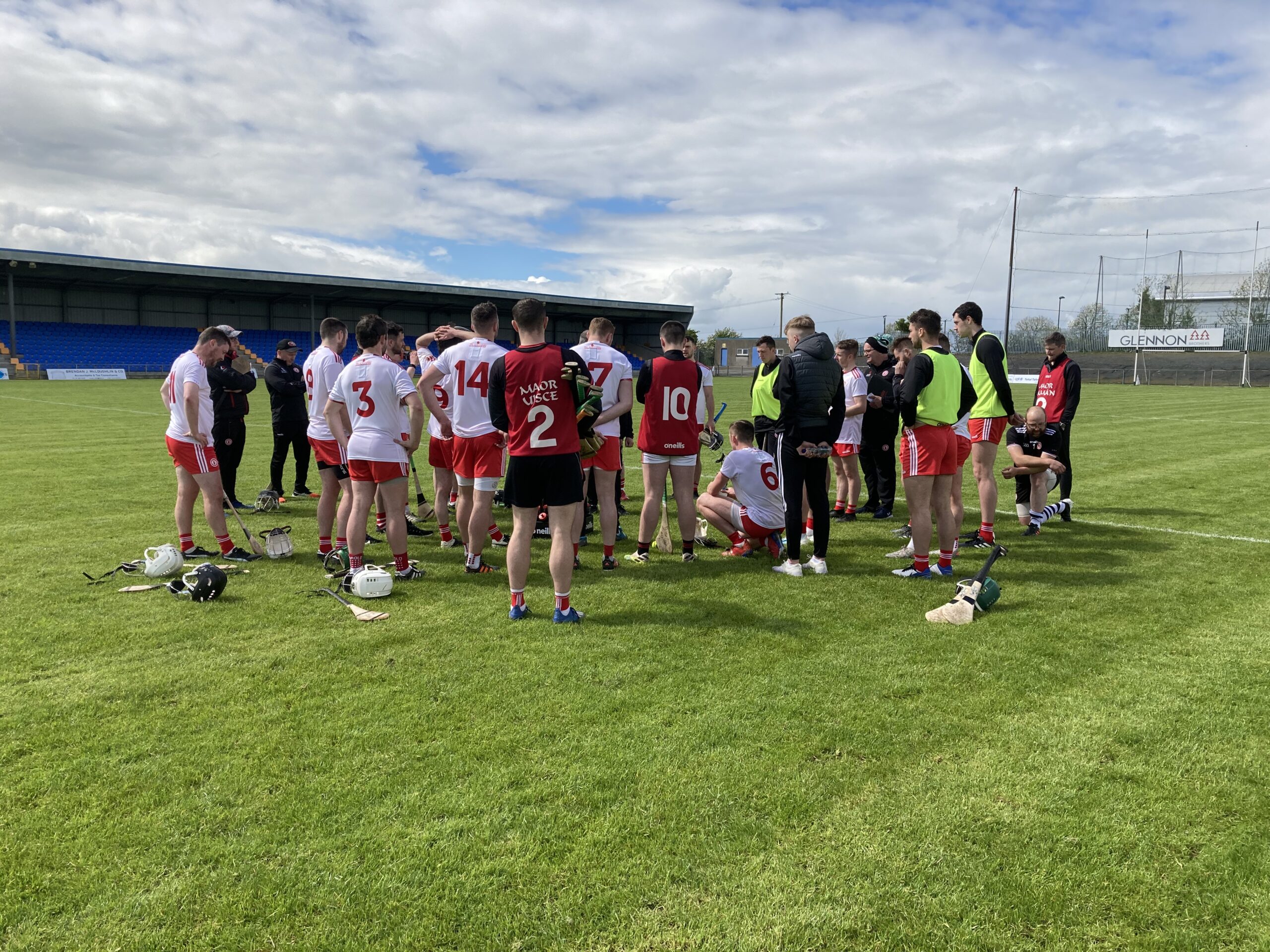 Tyrone hurlers produced a performance of heart, hunger and no shortage of skill to come from seven points and a man down midway through the second half to defeat Armagh 1-18 to 1-16 in the Nicky Rackard Cup. The Red Hands had heroes all over the field from Conor Mc Elhatton in goals right through to corner forward Ciaran Lagan but this was a victory built on teamwork and single mindedness that ensured they got the result their performance deserved.

The sides met in the league two weeks ago in a game that was deemed to be a dead rubber. Armagh won that convincingly enough but they found Tyrone a tougher nut to crack this time around. Tyrone hurled well but missed a host of chances in the first half with at least three great goal chances going abegging.

Early points from Damien Casey and Lorcan Devlin were cancelled out by scores from Fionntain Donnelly, Mark Mc Clatchey and Stevie Mc Kearney. Bryan Mc Gurk, who was outstanding throughout, hit the net to put Tyrone in front but Armagh were ahead inside three minutes in spite of a missed penalty as Danny Magee reacted quickest to a loose ball inside the Tyrone defence.

Armagh extended their lead with points from Stevie and Peter Mc Kearney and Danny Magee before Tyrone landed four in a row to tie the game with Casey (2), Chris Kearns and Cian Ferguson on target. However Armagh reached the break leading 1-8 to 1-6 with scores from Donnelly and team captain Paddy Mc Bride giving the Orchard County a two point cushion going off at half time.

Tyrone started the second half on the back foot conceding early points from the industrious Donnelly and Magee before Mc Bride extended the Armagh lead to five. Tyrone suffered a further blow when they were reduced to fourteen men following a second yellow card for corner back Sean Paul Mc Kernan.

Playing wind assisted Armagh looked to be in total control as they added a further two points to move 1-13 to 1-6 ahead with twelve second half minutes gone. Things looked bleak for the Red Hands but Michael Mc Shane’s team somehow found the self belief and resilience to drag themselves back into the contest.

Casey hit three in a row before Mickey Little opened his account. Suddenly there were only three between the teams and Tyrone were hurling like their lives depended on it. Another brace of Casey points left a single point between the sides as the game entered the last ten minutes. Fionntain Donnelly converted an Armagh chance to steady the ship but back came Tyrone. Lorcan Devlin was pushed up front to give the defence a target when clearing the ball and his physical presence caused all sorts of problems for the Armagh rearguard. That man Casey landed two more to tie the game at 1-14 apiece as Tyrone grew in confidence and Armagh ran out of steam.

Donnelly put Armagh ahead again but Tyrone responded with a brace of Lorcan Devlin points to lead for the first time since the eighth minute of the game. With time running out Tiarnan O’Neill drew the sides level with a great score but Tyrone were not to be denied as they fought for every ball. Substitute Rory Weir pointed to put Tyrone in front again before Armagh were also reduced to fourteen men when Tiarnan O’Neill received a second yellow card.

Tyrone finished the game with a fine Mickey Little score to leave the result 1-18 to 1-16 in favour of the Red Hands who can now look forward to a semi final clash with neighbours Donegal.