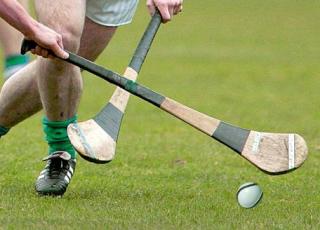 Tyrone’s senior hurlers commence their National Hurling League campaign next weekend with an opening round assignment against Sligo, but the game within the Land of O’Neill has received a massive boost with the news that former Tipperary All-Ireland winning manager Liam Sheedy has been appointed as a mentor to the county for the coming year.

In an effort to raise the standard and skill levels of hurling throughout the country Croke Park announced their proposals on the way forward. The newly formed Tain Senior Hurling League is one of the core elements on the way forward and, today the GAA revealed its National Hurling Development Plan.

The appointment of hurling mentors is part of a Support team who will collaborate with County Boards and provide guidance to Team Managers and Coaches involved with underage and adult County Teams to maximise participation and optimise performance.

In recent years Tyrone have been twinned with Limerick and Waterford in an effort to raise the standard of hurling in so called weaker counties and Sheedy’s experience and knowledge of the game can only be good for the continued development of Tyrone hurling.

Sheedy, a native of Portroe in the Premier County enjoyed unprecedented success as a manager having guided Tipp to National League, Munster and All-Ireland Glory, as his team denied Kilkenny a fifth successive Liam McCarty triumph. He is the current Munster manager and will lead his province into action on Sunday against Leinster.