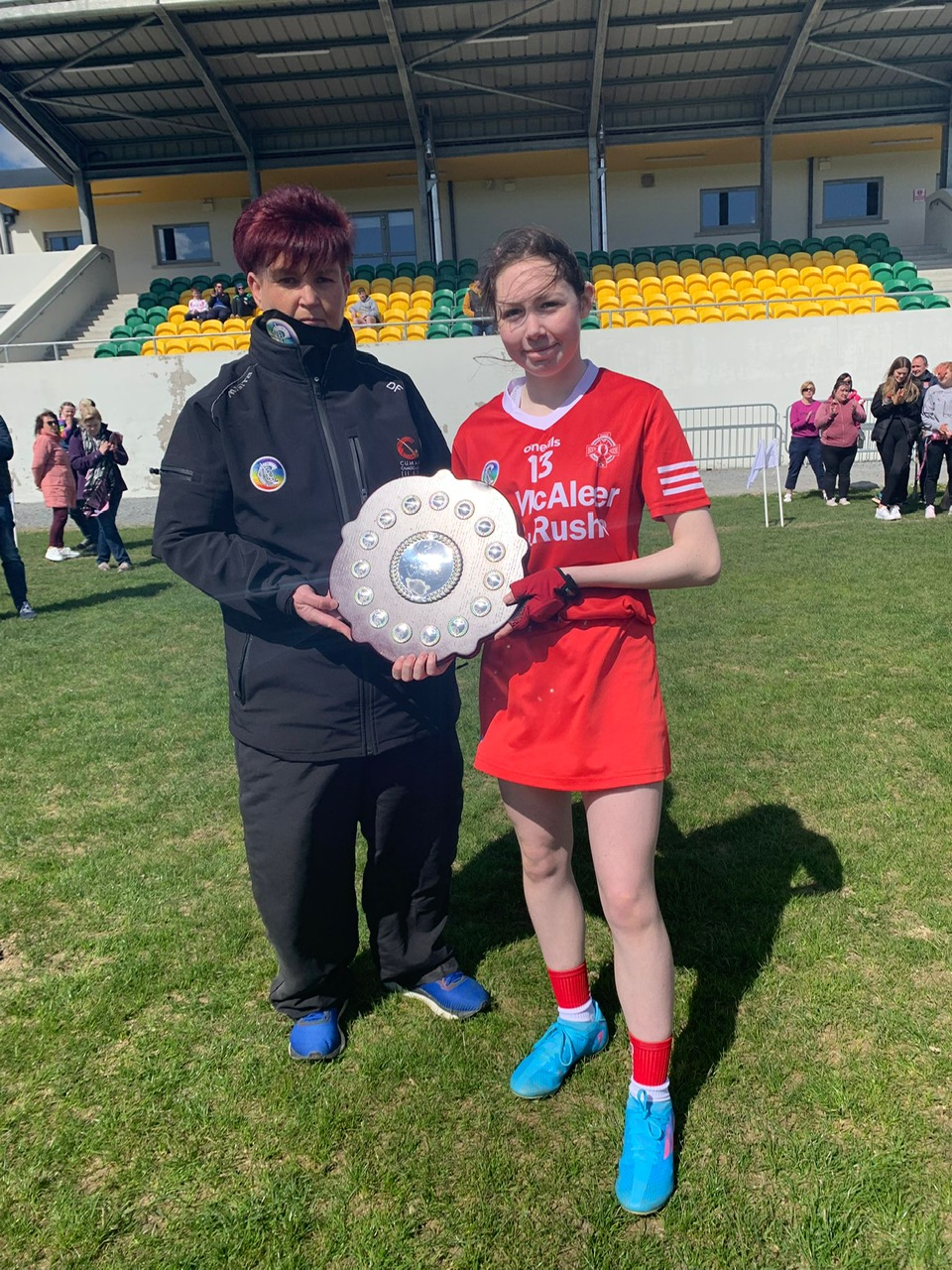 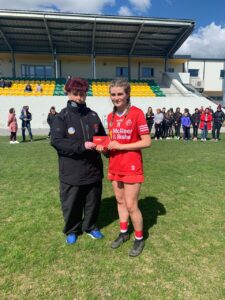 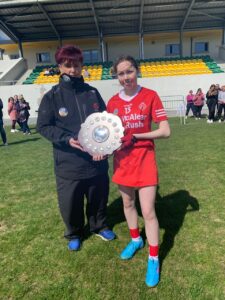 Tyrone quickly demonstrated that they were worthy favourites for the tie. Eglish’s Kaitlin Gallagher, player of the match in her first game back from injury, had an opening minute goal followed by points from her clubmates Emma Conroy and Emma Holmes.

The Donegal attackers found themselves swamped by a very tenacious Tyrone defence each time they advanced with Omagh’s Emma-Cait Gallagher particularly prominent.

Up front the Tyrone attack made hay and scores appeared to come easy with Aine Cunningham and Grainne McDonald adding to the tally. Captain Bronagh Moohan got her team’s second goal and although Beth Jones’ effort hit the post twice, Cunningham pounced on the second rebound to made it a third.

With the game becoming more physical, Tyrone demonstrated they lacked nothing in physicality and strength as well as skill with some great team play. Goalkeeper, Omagh’s Áine MacRory wasn’t often called into action but any goal bound effort was effectively dealt with by the keeper and her very reliable defenders.

The depth of the squad was evident with substitutes Rhianne McLoughlin, Becky Santos and Eva Cullen all contributed to an impressive score line. The Tyrone senior team will hope to benefit from the inclusion of several of this panel in the near future.