Home | Social Initiative Up And Running In Tyrone

Social Initiative Up And Running In Tyrone 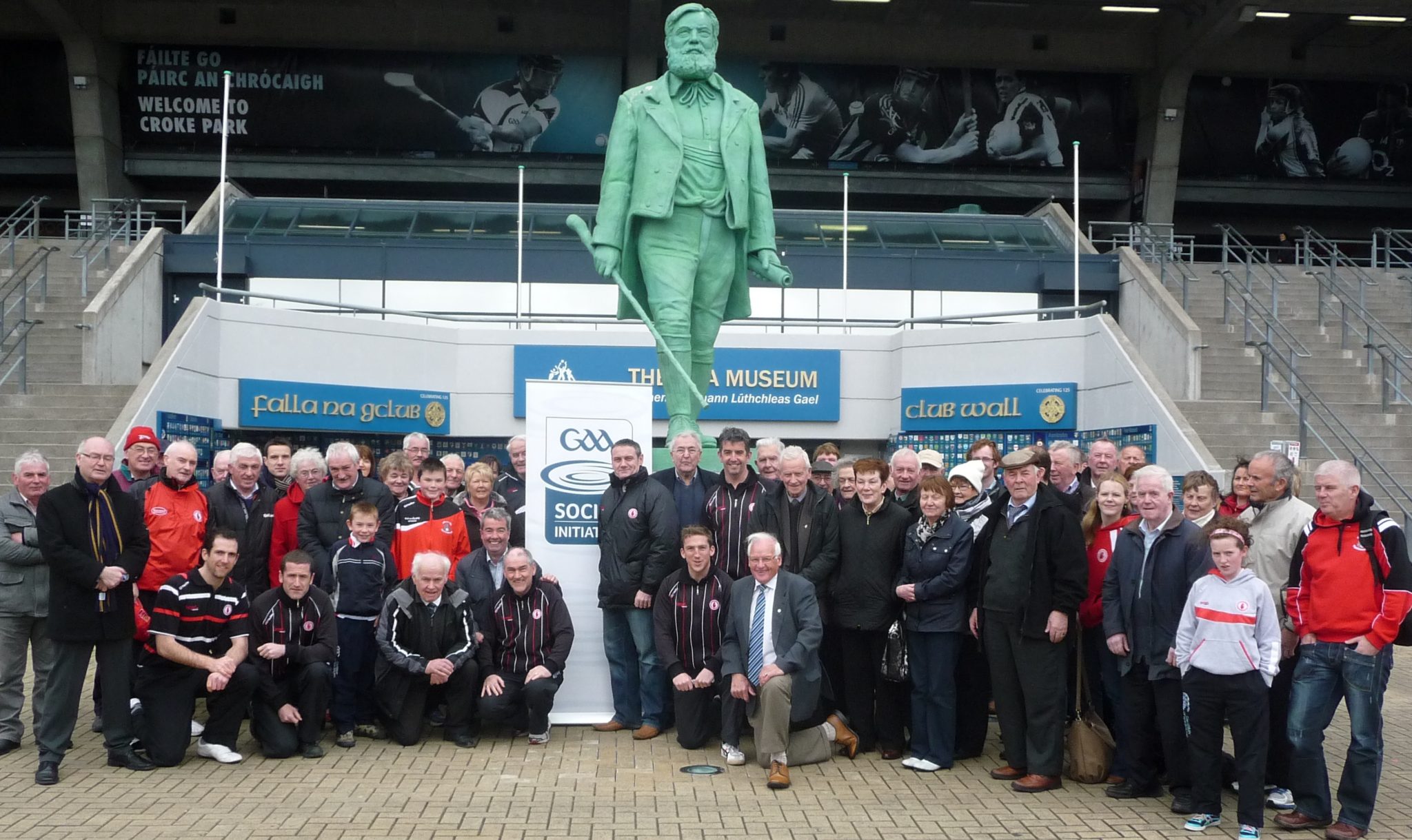 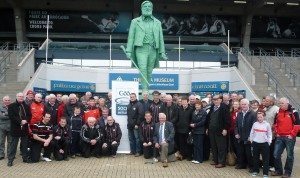 The GAA’s Social Initiative, with National Chair Seán Kilbride and Ulster Chair Cuthbert Donnelly, was largely the idea of former president Mary and Senator Martin McAleese. Its aim is to stimulate social involvement of people in club areas. Initially confined to older men it has now evolved to be all-inclusive in certain areas. The ethos is pure and the GAA is making efforts to promote the Social Initiative.

One such effort is a very generous offer to clubs that includes an excellent dinner in Croke Park, match ticket at a generously reduced price and a bus pass where possible. There are many other ideas and incentives. After a pilot run, the Scheme is now open to all clubs with Officers in all counties. Tír Eoghain launched its Scheme in Croke Park on Sunday before the Allianz National Football League Finals.

Under the watchful eye of ‘The Man from Carren’, Seán Kilbride met some of the Trillick group which availed of the offer mentioned above. Bainisteoir Mickey Hart and captain Stephen O’Neill, Cathaoirleach Ciarán McLaughlin, Seán Kilbride, Cuthbert Donnelly, Justin McMahon, Dermot Carlin and Michael McCaughey were on hand to show their support. Music on this memorable trip was provided by sár ceoltóirí Conor and John Woods, go raibh maith agaibh. Any club in Tír Eoghain wishing to get involved should contact County Social Initiative Officer, Dermot McCaughey.