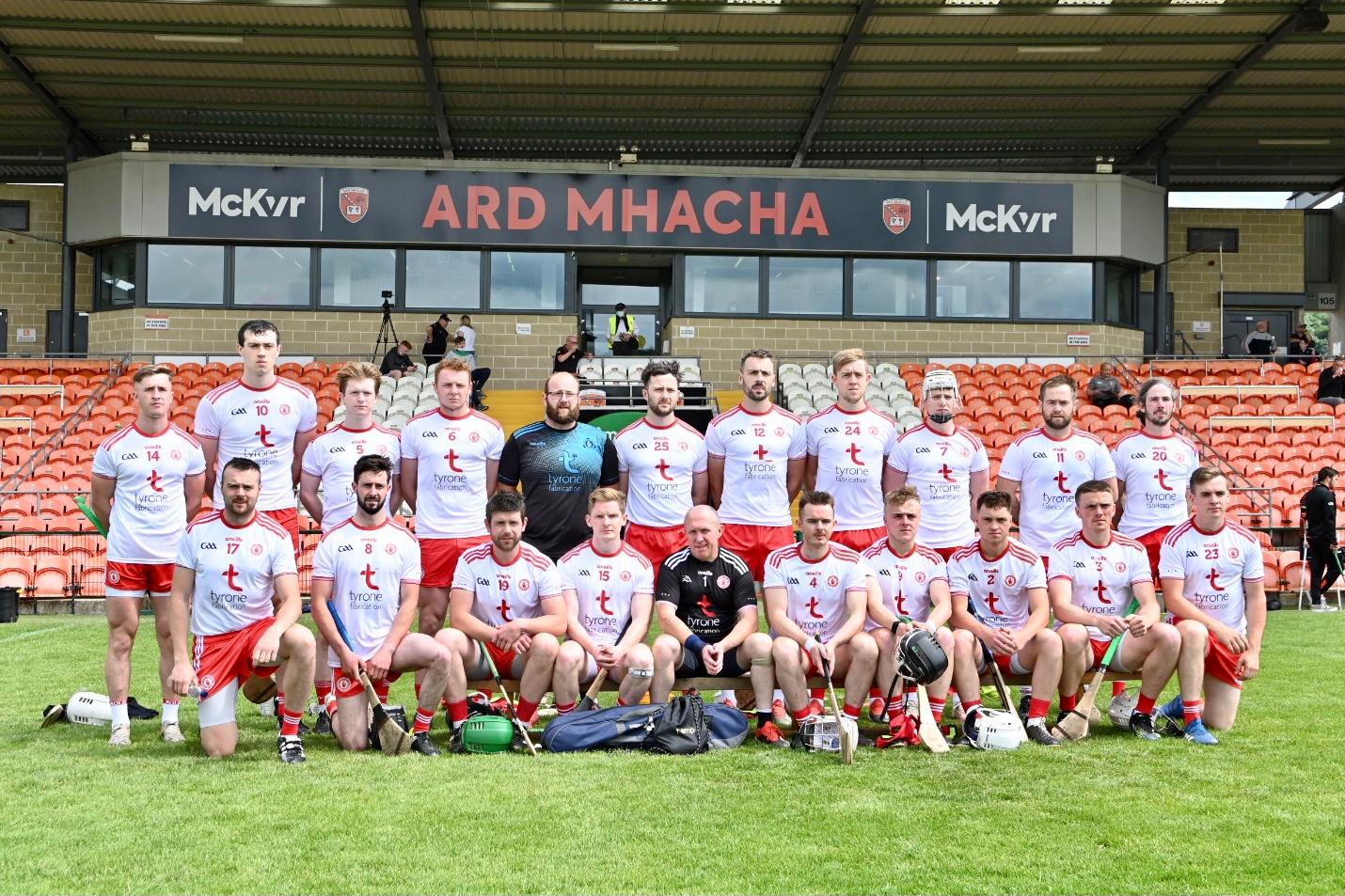 Tyrone faced Armagh on Saturday in what was termed a “dead rubber” of a National League Division 3 fixture. With the same two teams due to face each other in just over a fortnight’s time in The Nicky Rackard Cup many were expecting this final league tie to be a tame affair.

Obviously no one told the players there was nothing at stake as both teams hurled hard and fair producing a very competitive and entertaining game before the Orchard county secured the bragging rights with a 1-25 to 2-19 win.

Tyrone experimented slightly putting Cian Ferguson on free taking duty and for the most part the young forward delivered. However the team produced a tally of eighteen wides over the course of the game and ultimately that probably cost Michael Mc Shane’s side the win.

Armagh wing forward Fionntan Donnelly was very accurate from placed ball for his side landing fourteen of his team’s total over the seventy plus minutes. Ferguson accounted for eleven of Tyrone’s total but the Eoghan Ruadh man will probably look back on the near misses and know that the result could have been even closer.

The teams swapped points early on before Armagh corner forward Danny Magee hit the net after seven minutes to put his side three clear. Points from Ferguson and the impressive Mickey Little narrowed the gap, Chris Kearns, Ferguson and Damien Casey pointed to keep the scoreboard turning but Donnelly’s accuracy from placed balls and scores from Magee and Eoin Mc Guinness sent the teams off at the break with Armagh leading 1-13 to 0-13.

The pace was maintained throughout the second half as the teams swapped early points. Casey hit the net for Tyrone while Ferguson, Ciaran Lagan and Bryan Mc Gurk landed points as Michael Mc Shane’s side enjoyed their best period of the game. Lagan’s fine point tied the game just before a converted Casey free had Tyrone in front with fifteen minutes remaining. However Armagh dug deep and outscored the Red Hands nine points to 1-3 over the remainder of the game to seal the win and set things up nicely for their championship clash in two weeks time.