Augher will play Rock in the Grade two U21 decider next Sunday after staging a late fight back to get the better of Urney in the semi final at Drumquin at the weekend. The St.Macartans appeared well in control at the break as they led 0-6 to 0-2 with Jamie Donnelly and Declan Connolly among their points. In the second half though the St.Columbas struck for goals from Conor Lafferty and senior keeper Keith Neilis and with Ryan Henry weighing in with a couple of points they led by three with seven minutes left to play. The St.Macartans dug deep though as they landed four unanswered points in a row from Raymond McElroy [2], Ruairi Cassidy and Colm Sherry to set up a repeat of the 2007 final which Augher won. 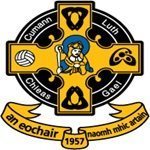