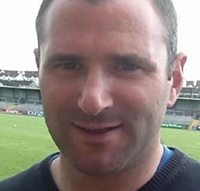 One man that many Tyrone fans were happy enough to see hang up the boots at the start of the year was Armagh star Stephen McDonnell. There’s no doubt that the Killeavy man would have been a thorn in the side of the Tyrone defense on Sunday afternoon. Teamtalkmag.com spoke to him after the game.