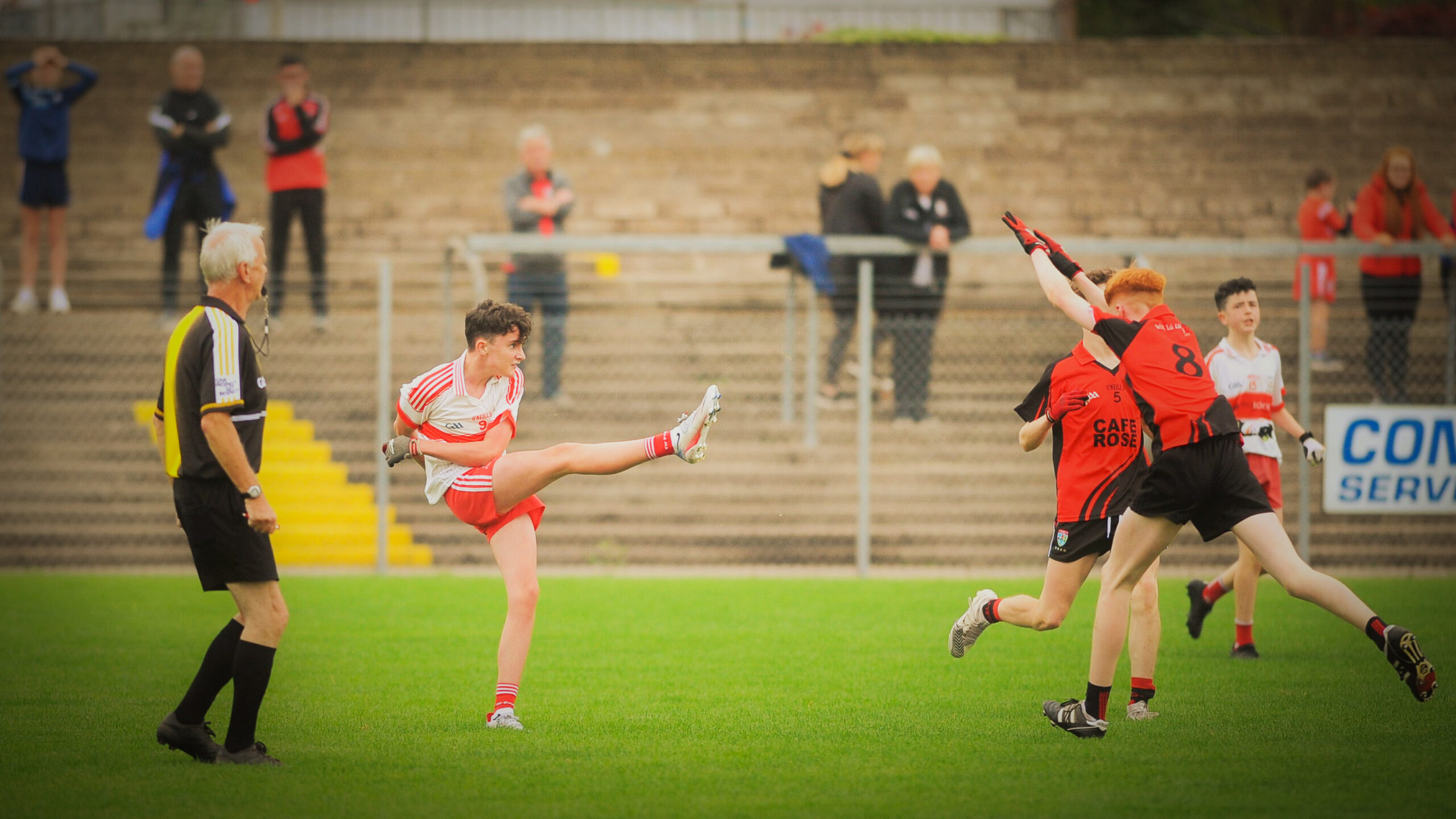 Stewartstown Harps contested their second underage final within a week and this time the U15 side went one better than than the U13 team in hitting the winner to claim the county league crown. It took a late Michael Hughes free to edge the Harps men a point ahead following a brave fightback from a hard working and talented Aghaloo side.

Stewartstown raced into a four point lead thanks to the accuracy of Jude Lowe with a point and Fiachra Coyle who hit the Aghaloo net inside the opening five minutes. Harry McGinn opened the Aghaloo account a short time later with a point and had another point recorded by the 10th minute.

That sparked a response from the Harps men as they added two points from Joseph Wylie and Michael Hughes. The final score of the opening half came from Aghaloo’s Shane Tracey. Half Time Scoreline – Stewarstown 1-3 Aghaloo 0-3.

A second Jude Lowe point for Stewartstown after the break was cancelled out by a second point for Harry McGinn and the same player brought Aghaloo back to within two points when he split the posts in the 33rd minute. The three point advantage was restored by Harps player Conan McCullagh but that advantage didn’t last long.

A Ryan McCarron point for Aghaloo was followed up with two Harry McGinn points to level the game. It was left to Stewartstown’s Michael Hughes to fire over the winner from a free and with it went the title to the Harps.