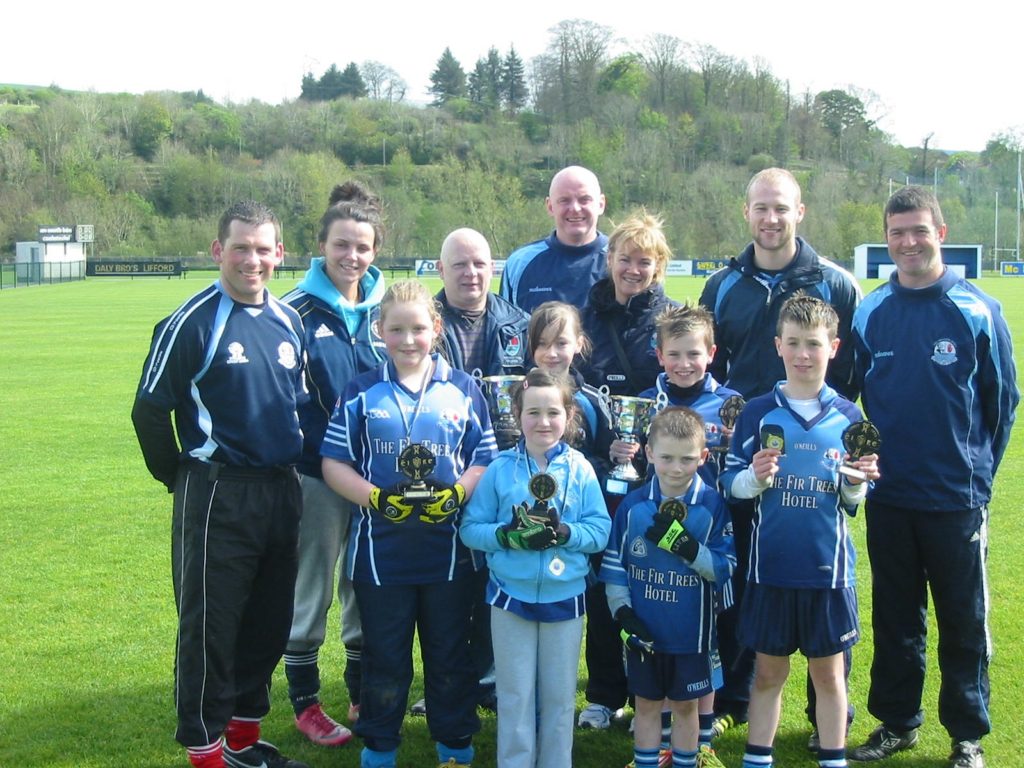 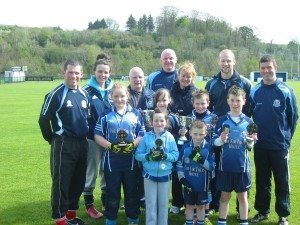 Strabane Sigersons Easter Coaching Camp was held at Páirc Mhic Sioghair on Tuesday and Wednesday past and proved to be a huge success with children and coaches alike.
The club extends its warmest thanks to all the coaches for their voluntary time and effort and to all the children who were in attendance.
All the children in attendance received a Sigersons medal for taking part whilst the various individual award winners were as follows;
Cormac McAnallen Memorial Cup – Best Boy: Rory McDermott
Cormac McAnallen Memorial Cup – Best Girl: Aoife Foley
Best Runner Up Boy: Jordan Gallagher
Best Runner Up Girl: Mia Clarke
Best Under 8 Boy: Josh McDermott
Best Under 8 Girl: Rebecca McConnell

Photograph attached of all the various winners alongside the club coaches and club committee members.