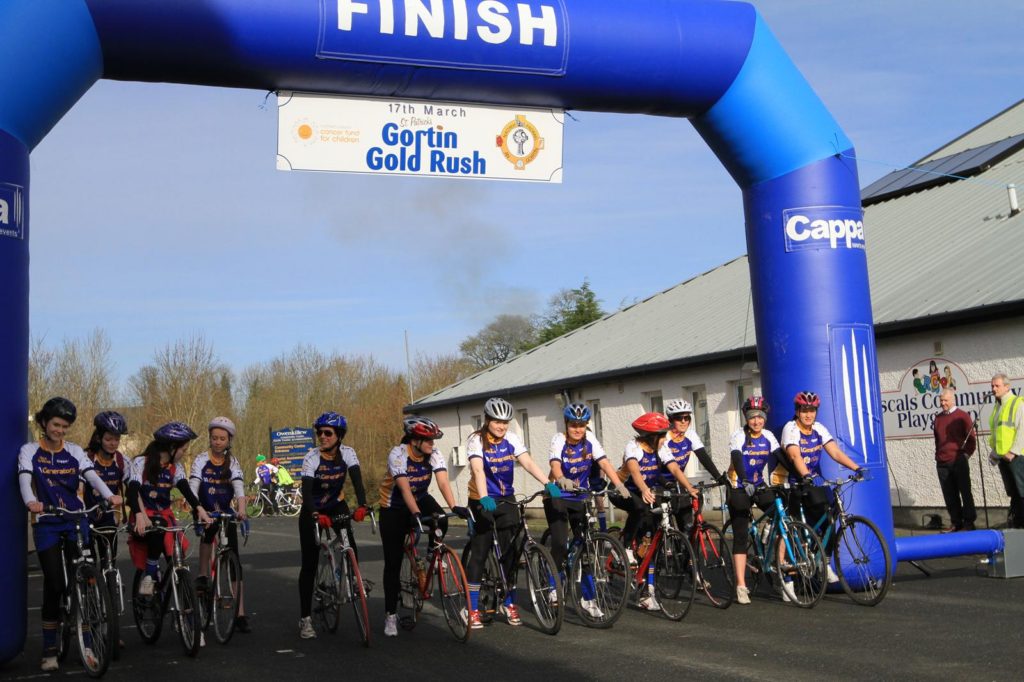 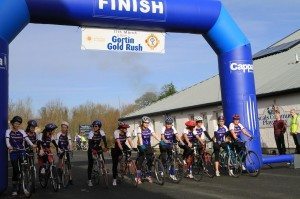 The 1st annual St Patrick’s Gortin Gold Rush charity cycle event got off to a fantastic start on Saturday as over 300 cyclists took to the roads around Gortin in support of Gortin St. Patrick’s GFC. The event, which is also raising funds for NI Cancer Fund for Children, saw cyclists of all ages and abilities set off in glorious sunshine in stages between 8:00am and 12 noon, before returning in the early afternoon for a St Patrick’s Day reception in Gortin. Cyclists were faced with the challenge of the Sperrin Mountains for the 60, 30 and 10 mile events, with even the more experienced cyclists tested by the route.

The verdict amongst participants at the reception following the event was that the 1st Gortin Gold Rush was a great success. Gortin St. Patrick’s Club Chairman Gabriel Treanor said, “This is a great example of a GAA Community event at its best. Our charity cycle has brought together people of all ages and backgrounds. We had over 300 cyclists taking part today, 180 from our own club and community and about 125 who joined us on the day. It’s great to get this level of support, including that from our neighbouring clubs in Greencastle, Glenelly, Carrickmore, Killyclogher, Omagh and Newtownstewart.”

He continued, “It has taken a lot of organization to make this happen and thanks to all who helped in any way. I also have to thank all of our 28 local sponsors as without their support we could not have got this event off the ground. Thanks to all our 300 cyclists, young and not so young, who joined in. Both St Patrick’s GFC and our charity – NI Cancer Fund for Children – have benefited greatly from this event. We look forward to presenting the donation to the charity when we have all funds collected in the next couple of weeks.” 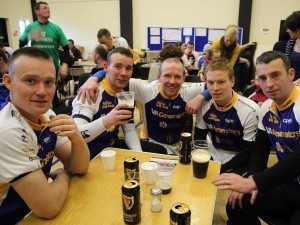