Home | Tatts See Off Derrylaughan To Claim U13 Title 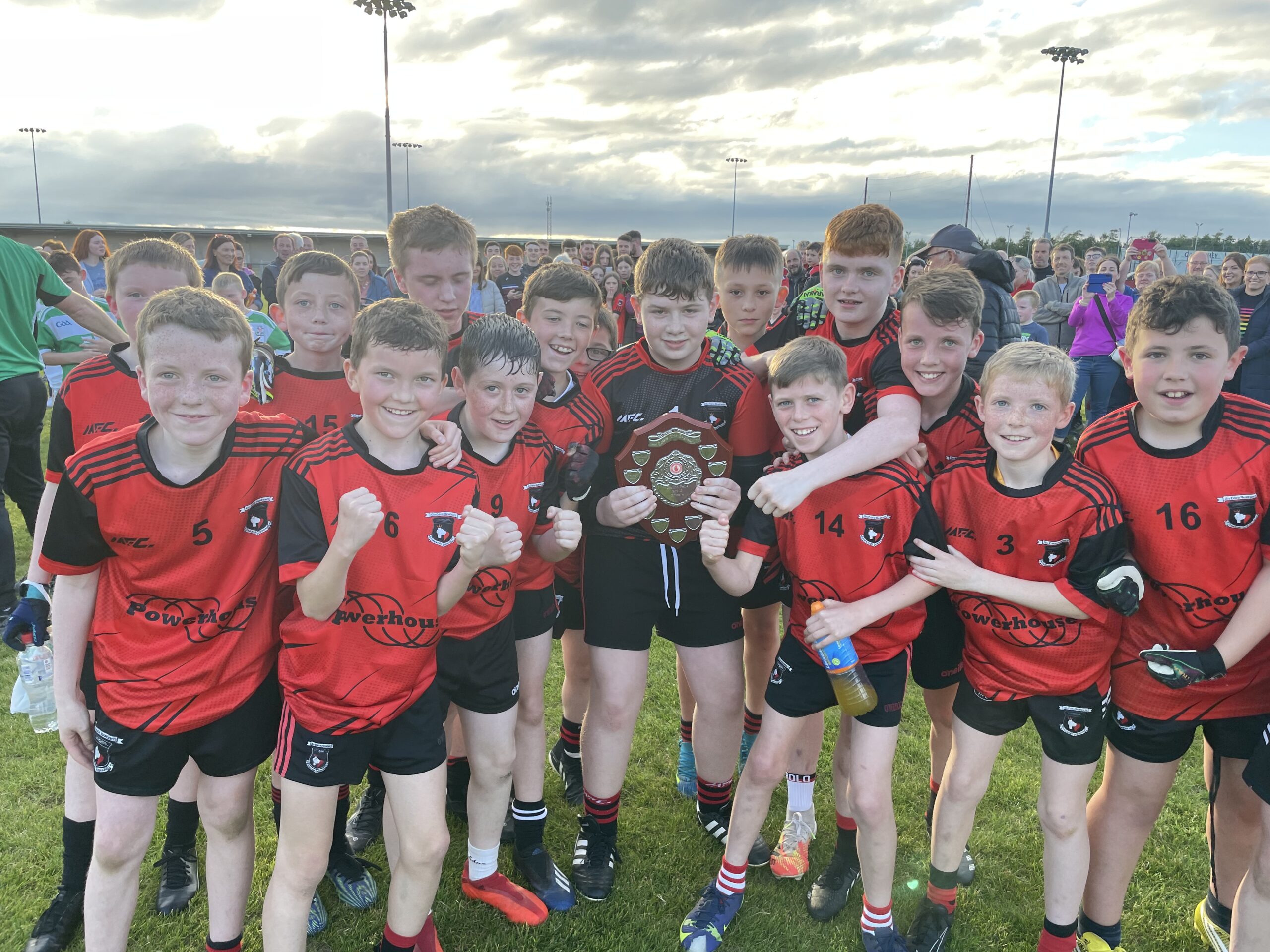 Tattyreagh and Derrylaughan produced a high quality, competitive encounter in the under 13 Grade 4 Knockout final before the Tatts pulled away in the second half to win 5-11 to 2-5. Both teams played some fabulous football but Tattyreagh’s more potent forward line ultimately made the difference 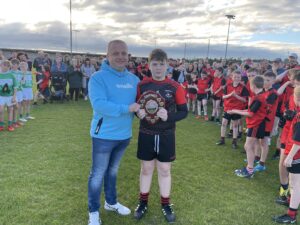 . Full forward Cormac Darcy finished with 3-9 of his team’s tally but this was no one man show with everyone from goalkeeper Jack Starrs through to corner forward Peadar Darcy playing their part. 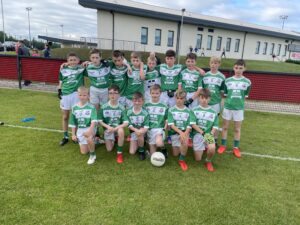 Derrylaughan were physically bigger than their opponents but the Tatts reading of the game and disciplined tackling made all the difference. Meehal Mc Grath, Brendan Mc Kenna, Cormac Donnell, Finbar Darcy, Ben Norris and Tristan Mc Knight were central to most of the Tatts good work. With Cormac Darcy looking sharp up front they reached the break leading 1-5 to 0-3.

The Loughshore lads were much improved after the break with Reuben  Morgan and Callum Mc Cann driving the team forward at every opportunity. Derrylaughan created a couple of goal scoring chances and Cayden Coary and Cathal Mc Erlean gave them great hope when they found the net to leave a point between the teams with eight second half minutes gone. However it was Tattyreagh who finished strongest to pull away for the win. Cormac Darcy, Tristan Mc Knight and Gerry Quinn each found the net to seal the victory and deservedly claim the title.