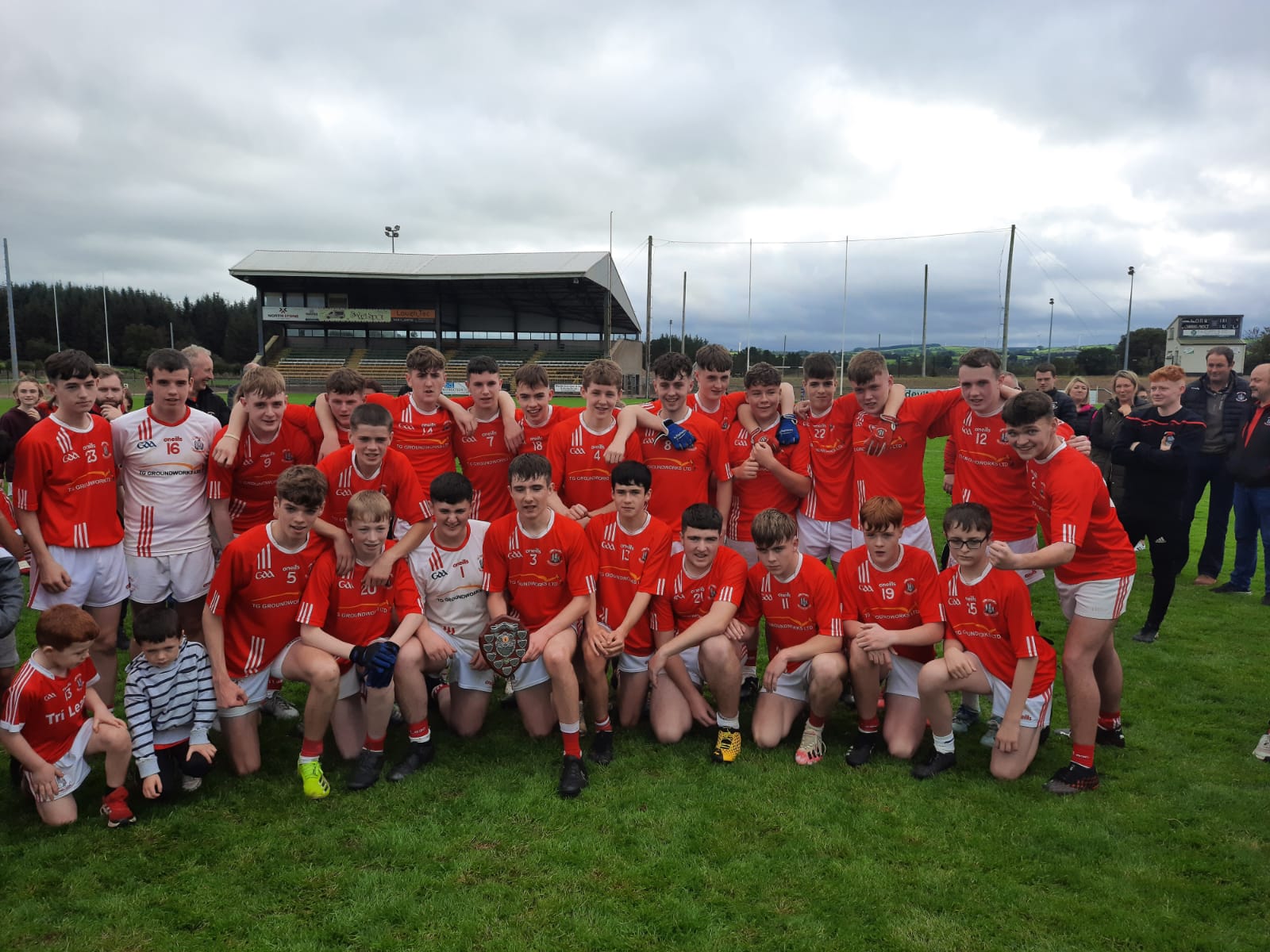 Trillick made up for the disappointment of losing the league final earlier in the week when they took the grade two Minor championship title at the expense of Galbally at Carrickmore on Saturday afternoon.

The Pearses began brightly with points from Sean Hughes and Dara Donaghy but then Trillick got going. Charlie Donnelly scored a well taken goal and after Nathan Farry had pointed the same player set up Donnelly for another major. Liam Corry and Conor Keenan had Trillick points but a goal from Louis Kelly coupled with a Hughes brace closed the gap to 3-4 to 1-4 at the break.

Corry and Donnelly tagged on points on the restart but then came the Galbally fightback. Conal Quinn hit 1-1 with Joseph Corrigan and Eoin O’Neill also on target as they closed the gap to two. Respective centre half forwards Farry and O’Neill swapped points as did James Corry and Hughes to leave everything still very much up for grabs. In the closing stages though Trillick had points from Farry and Donnelly to make sure of the silverware.