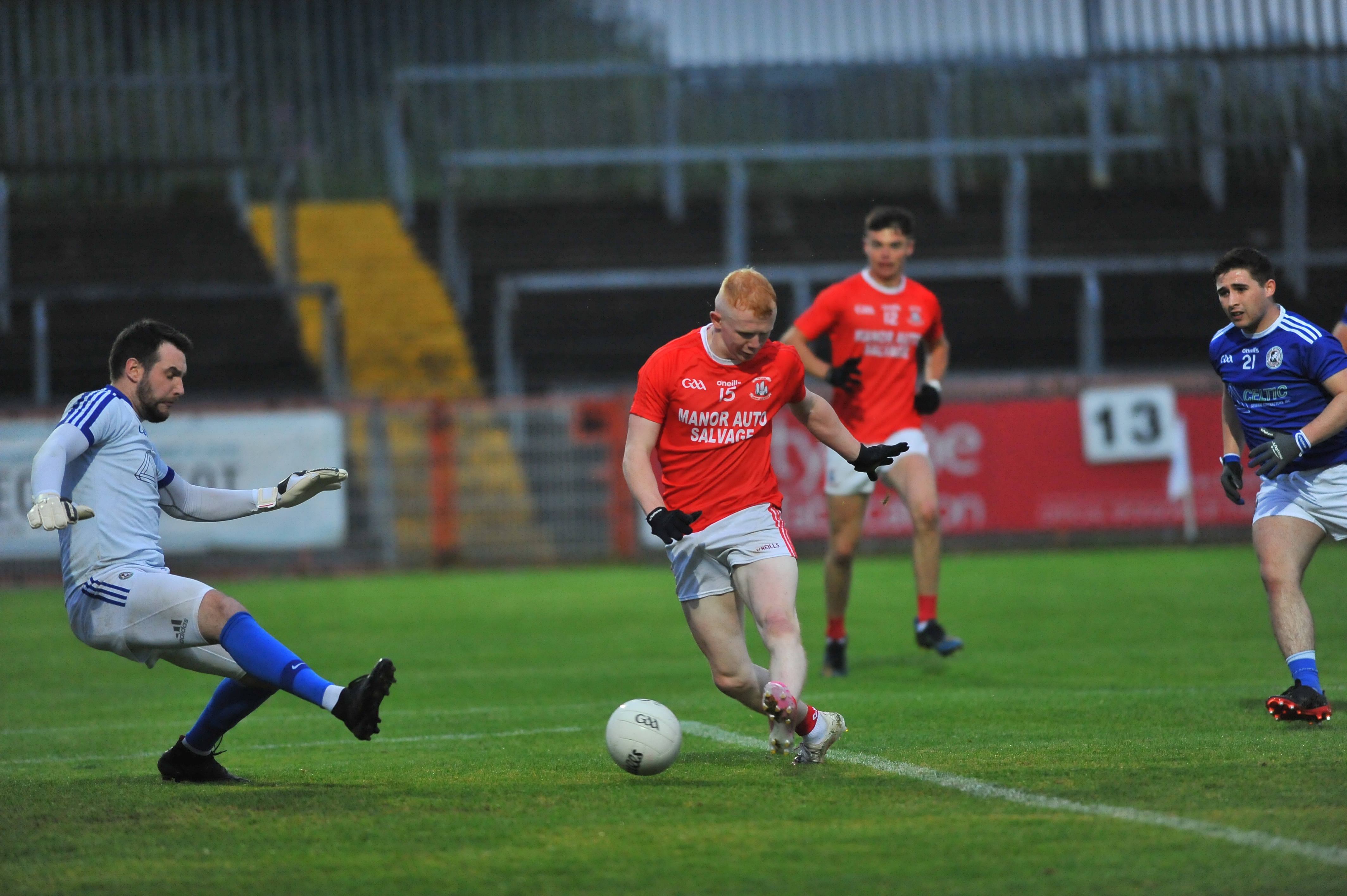 Defending champions Trillick made it through to the quarter finals of the LCC Tyrone Senior Championship but only after they saw off the challenge of a very dogged and determined Galbally side 1-9 to 0-7 at Healy Park on Monday night.

In tight games such as this the rub of the green is vital and so it proved for Trillick on Monday night. A fortuitous deflection off a foot led to their first half goal from Simon Garrity while late in the game, with Galbally pushing hard for an equalising goal, James Garrity denied Daniel Kerr with a diving block any goalkeeper would have been delighted with. That block effectively won the game for Trillick as they were leading by three with thirty two minutes on the clock. They saw out the remaining minutes adding two superb scores, one a free kick by Lee Brennan and the other a lovely point from play by substitute Ciaran Daly. 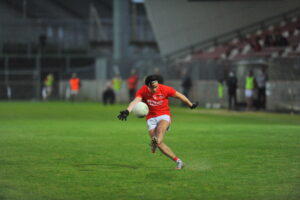 Galbally made their intentions clear right from the off with Conor Quinn, Ronan Nugent and Enda Mc Garrity carrying the game to Trillick while sweeper Kieran Mc Crory used all his experience to control things at the back. Even so there was little he could do about the Trillick goal seven minutes into the first half.

At that stage Galbally led 0-2 to 0-1 following early points from Conor Donaghy and Daniel Kerr with Lee Brennan responding for the Reds. Galbally however reacted well to Garrity’s goal and continued to harass their opponents at every juncture. They were well set up defensively and their shape made shooting difficult for the Trillick forwards who hit twelve wides over the hour. 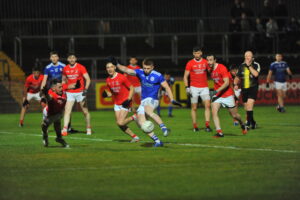 Liam Rafferty pointed just before the first water break but Trillick responded with a fine score from Ritchie Donnelly. Enda Mc Garrity reduced the deficit to to one but a long range free and a forty five from Lee Brennan sent Trillick off at half time leading 1-4 to 0-4.

With defences on top shooting opportunities were hard to come by in the opening ten minutes of the second half but Galbally’s controlled defensive shape saw them deny Trillick on several occasions before breaking at pace themselves. Liam Rafferty, Daniel Kerr and Conor Donaghy pointed after Lee Brennan scored the first point of the second half to leave one between the teams with Trillick leading 1-5 to 0-7.

Galbally created three great goal scoring chances in the second half through Cormac Donnelly, Daniel Kerr and Ronan Nugent but had only a point to show for their endeavours. Ultimately the failure to convert any of those opportunities cost them the game. With Gavin Mc Carron, Michael Gallagher and Stephen O’Donnell defending well Trillick dealt with all their opponents could throw at them and finally put the game beyond Galbally with those late scores from Brennan and Daly.

The Reds will now go on to play Killyclogher in the quarter final at Healy Park on the 28th of August.

Saturday 29th of August and Dungannon will host Coalisland against Derrylaughan

The final game of the weekend will take place at Carrickmore with Errigal Ciaran taking on Dromore St Dympnas.