Home | Tyrone And Down Have To Do It All Over Again

Tyrone And Down Have To Do It All Over Again 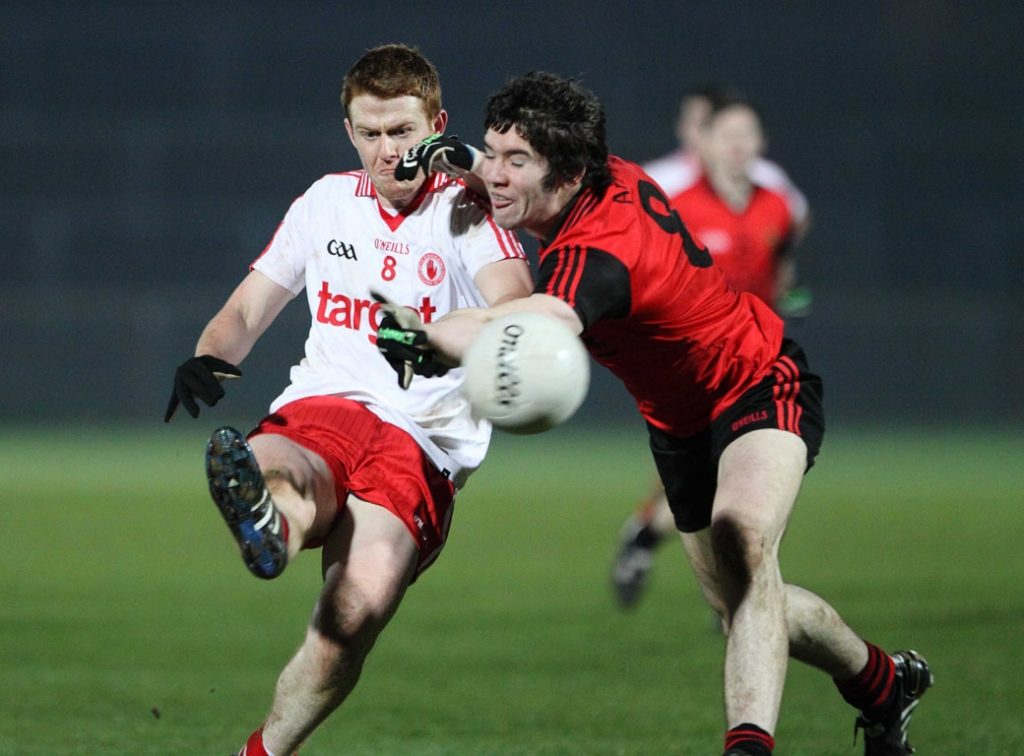 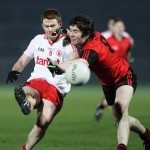 Tyrone and Down will have to go into battle for a third time to determine who plays Monaghan in the Ulster U21 semi final after they once again couldn’t be separated in a tie that went to extra time for the second week running.

Tyrone began brightly and by the seventh minute they had established a 0-4 to 0-1 lead thanks to points from Niall McKenna, Paddy McNeice, Richard Donnelly and Kyle Coney but they were to score just once more in the remainder of the opening period as Down assumed control. Danny Savage and Ben O’Reilly were among the points with Connaire Harrison bagging the only goal of the game as they led 1-5 to 0-5 at half time.

Tyrone shaded the third quarter thanks to a couple of Mattie Donnelly points and with five minutes left to play Coney left the minimum between the sides. Paul McPolin then landed a crucial Down score but Tyrone demonstrated what they are made of with Coney pointing from play before the Ardboe man showed nerves of steel to convert a pressure free kick to send the game to extra time.

In extra time Tyrone looked to have made a decisive break when Peter Harte, Mattie Donnelly and Coney all scored but they failed to trouble the umpires again. O’Reilly narrowed the deficit to two going into the turnover and in a frantic finish Down substitutes Ryan O’Hare and Paul Devlin both scored as Tyrone finished the contest with fourteen men after John McCullagh was sent off for a second yellow card offence.