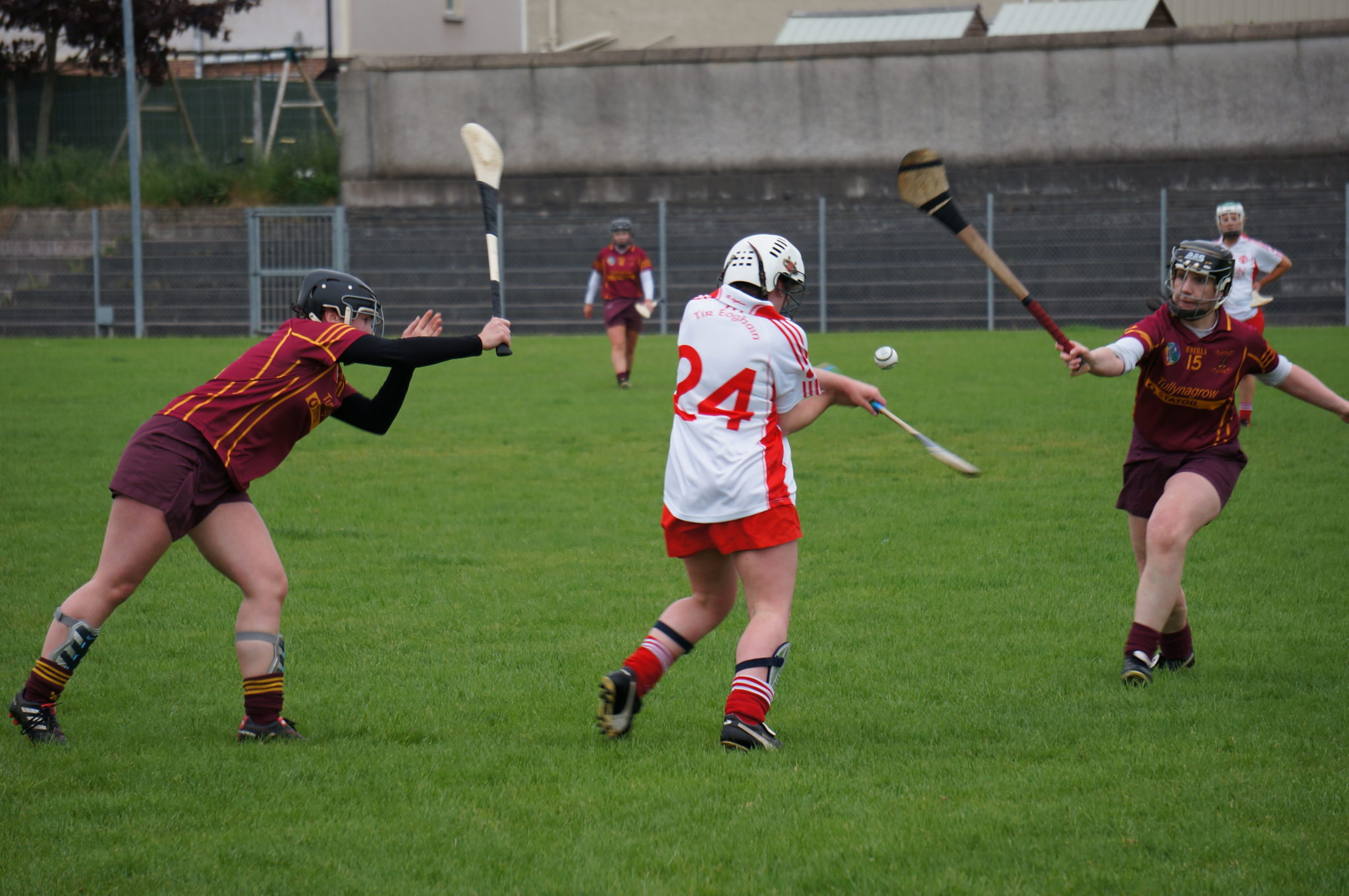 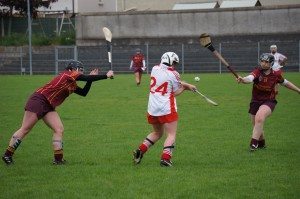 The Tyrone senior squad were in action on Sunday when they hosted a strong Keady side in Eglish. The weather was perfect for the occasion and the game started at a frantic pace. Tyrone took the game to Keady early on and Catherine Hanna slotted home from just inside her own half to register the first point after a minute had elapsed on the clock. Tyrone applied more pressure and forced a free which Aisling Corr converted with ease from the 45 metre line. From the resulting puck out Hanna received the ball and went on a darting run and was only denied a score by the excellent reflexes of the Keady goal keeper. Keady seemed unable to get the ball out of their own half and Maria Jordan was the beneficiary of poor Keady defence and she needed no second chance when she cooly took a point. Keady having not replied to three Tyrone scores gathered themselves and from a free opened their account.

Keady enjoyed a short passage of play that saw the Tyrone back line make some valiant stops. Siobhan Hughes was cool under immense pressure and cleared the lines well. Cathy Jordan and Cara Fitzgerald also looked at ease under pressure. The game turned again in Tyrone’s favour with Corr and Maria Jordan spearheading the recovery. Maria Jordan went close with a couple of shots that drifted wide. Tyrone applied intense pressure and it resulted in Niamh McNulty scoring a tap in from close range to give a well deserved goal to Tyrone. Shauna Jordan sent a great ball into Laura Logue and she connected to register another goal. Keady came again to score a goal and a point of their own inside a two minute period. Tyrone responded as Shauna Jordan landed two excellent scores for her side. Hughes , Jordan, Ciara McGready and Kelley Anne Fay again were kept busy but they looked at ease for most of that play. Half time was approaching when Jane Canavan received a pin point pass from Cathy Jordan and the ball was rifled into the back on the net. Keady managed a point before the half time whistle sounded and the score at the break was Tyrone 3-5 Keady 1-3.

The second half had only started when Tyrone’s Niamh McNulty went over on her ankle and was replaced by Laura Barker. Keady needed a score early on and they got a point following a brilliant passage of play. There then followed a very long period of the second half were both defences were resolute and there was no scoring for over 15 minutes. This did not detract from the excellent camogie from both sides as the game was very exciting. Tyrone’s Cara Fitzgerald had to come off with a recurring injury. It was a bitter blow for the Tyrone camog who was making her first appearance since the end of March. There was ten minutes left  on the clock and the scoring, so lacking early on in the half, became a prominent feature and Keady hit a goal and four points in a very short passage of play. The game looked to be heading for a draw were it not for some superb play from Maria Jordan. The young camog took three excellent points from open play that settled the game for Tyrone. The final score read Tyrone 3-8 Keady 2-8. The Tyrone management would like to thank Keady for their time and effort over the past few months with the friendlies. 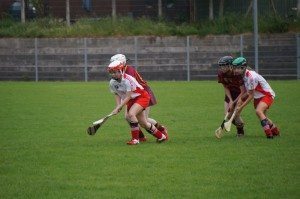 In other camogie news Dungannon and Derrylaughan won their matches to set up a Post Primary semi final. Edendork , Eglish and Dungannon progressed to the next round of the under 14 championship. Tyrone Camogie would like to wish the Tyrone Hurlers and the Tyrone footballers every success when they play on Saturday and Sunday respectively.