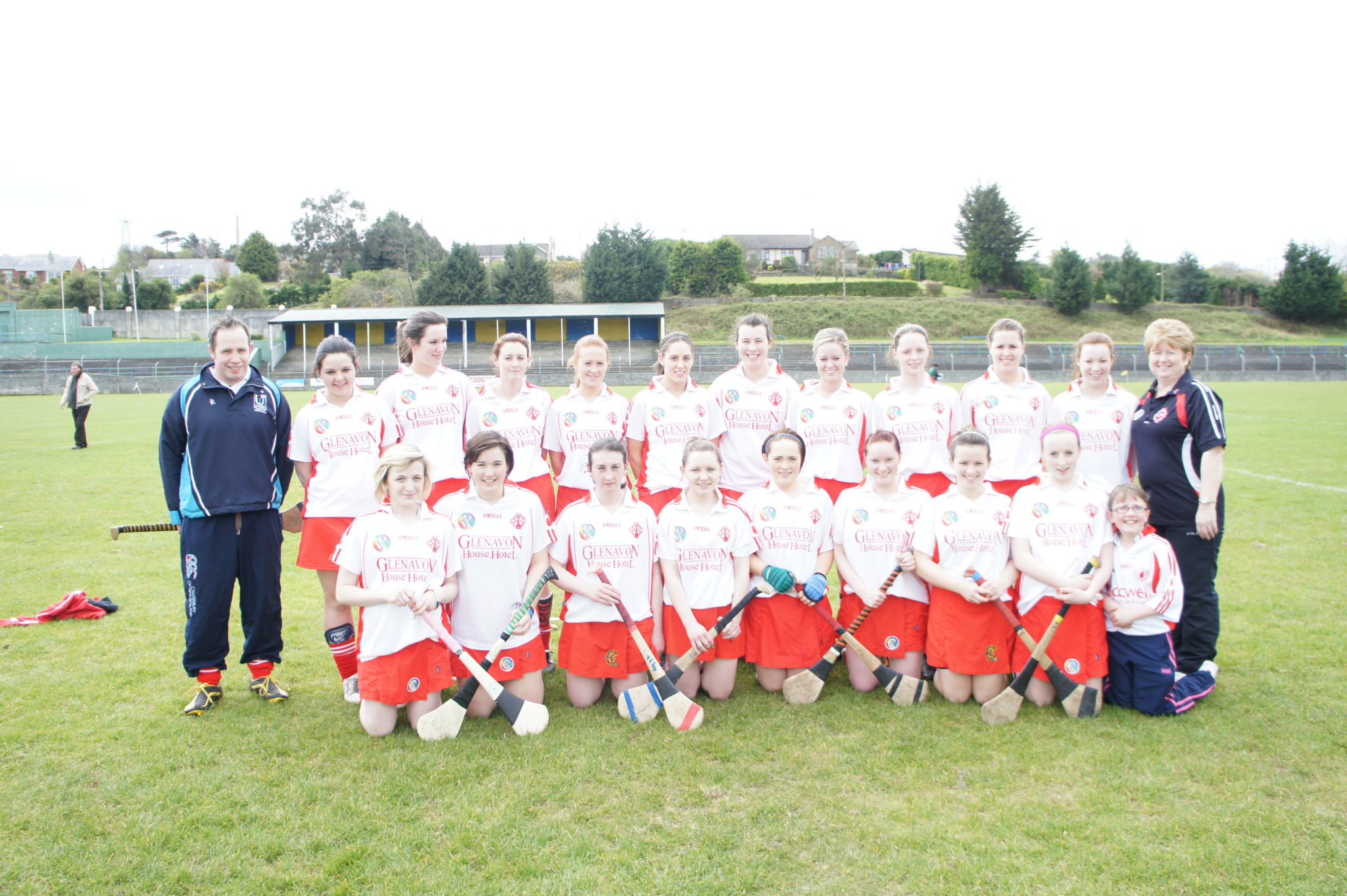 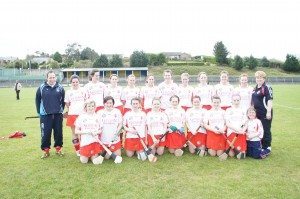 The Tyrone camogie team travelled to Wicklow on Easter Sunday for their All Ireland League fixture and were rewarded with a deserved win.
It was a perfect day for camogie with a sun drenched pitch and after a minute on the clock Tyrone midfielder Emma McAliskey scored a long range effort from a tight angle which soared over the bar. From the resulting puck out a free was awarded and Tyrone free taker and captain Aisling Corr stepped up to slot with ease from almost 50 metres out. Tyrone had not settled into a rhythm when Wicklow started to pile on the pressure and there was a fine goal line clearance from Rebecca Barker. Wicklow pressurised Tyrone again and were awarded three frees in a short intense period of play and they were all successful with points resulting from them. This put the home side into a narrow lead which seemed to spur Tyrone on and there was an excellent piece of play when crisp passing to hand from McAliskey to Aisling Jordan and on to Niamh McNulty left the home side stunned with the skill level of the Tyrone girls. McAliskey dominated the middle of the park and the Wicklow side found her unplayable with her pace and accuracy. Maria Jordan was first to every loose ball and mopped up with ease to secure a period of dominance for Tyrone. Tyrone forward Oonagh O’Neill was the beneficiary of most of this dominance as she scored an excellent point.
One major flaw in the Tyrone display was the number of frees conceded and Wicklow did take full advantage of these. Maria Jordan again lifted her side and she rifled a pass to Corr who casually added another point. Wicklow refused to let Tyrone dominate the scoreboard and again from a free inside their own half kept the scoreline very tight. The Tyrone control in midfield was almost a stranglehold and Emma McShane had pace in abundance that tore through the Wicklow defence for the formidable McNulty to score a point. Ciara McGready in the back line was solid and stand in goal keeper Shauna O’Hagan stopped many a goal scoring opportunity for a Wicklow side that were strong and determined. There then followed another passage of outstanding play that saw from the puck-out a mid air catch from Corr and a hand pass to the outstanding Maria Jordan who in turn picked out McNulty to blast the back of the net. The Tyrone team’s hard work in training clearly was evident in this passage of play. Another two frees for the Wicklow side put them within one point of Tyrone as the half time whistle blew with the score at the break reading Wicklow 0-8 Tyrone 1-6.
Having played into the wind in the first half Tyrone could take advantage of the elements in the second and after five minutes the fitness, pace and accuracy of the Tyrone squad shone through and Wicklow were unable to keep tabs in any area of the field. O’Neill and McNulty were having a free run at scoring with the help from the ever present Aisling Jordan. Tyrone’s Catherine Hannah was overpowering her marker and setting up numerous scoring opportunities and the Wicklow goal keeper had a busy period of relentless pressure. Tyrone were scoring with ease and Maria Jordan was like a machine with her points from all angles. Aoife Corr and Laura Logue came on to freshen up the forward lines. The Tyrone defence saw little action in the second half as Tyrone dominated and when the final whistle sounded, the score was Wicklow 0-10 Tyrone 1-15.