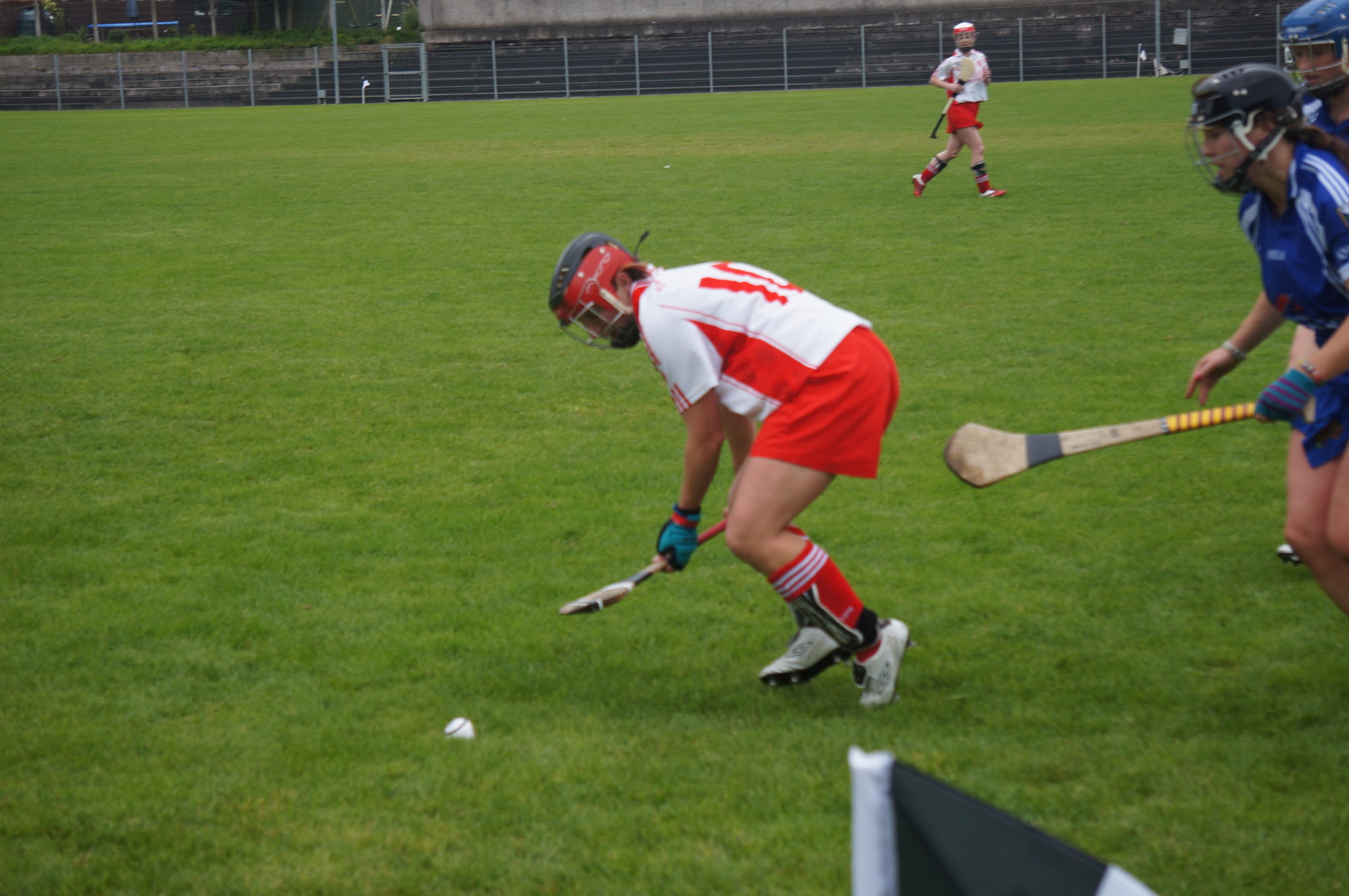 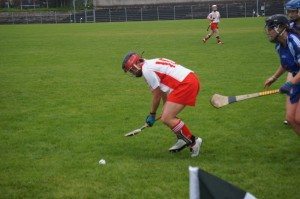 It was a home venue for Tyrone in their final match of the season in the all Ireland Junior A championship in Eglish. Cavan who are currently the Ulster Junior champions for 2012 were the opponents. A defeat for the home side would ensure that they would finish the season without any honours. The weather was more akin to mid winter than July.

Cavan began the game well and were1-1 ahead after ten minutes. Tyrone were under pressure as  Cavan maintained the pace and Kelley Anne Fay made some superb saves in goal. It took fifteen minutes for Tyrone to score their first point when Aisling Jordan picked out Maria Jordan who took her point with ease. From the resulting puck Emma Fitzgerald caught the ball and was fouled before Aisling Corr slotted over another point. Julie Lagan added herself to the score board when her lightening pace took her away from her marker to register a further Tyrone point. The home side made good use of their territorial supremacy when Fitzgerald found Maria Jordan on the side line and she sent the ball over the bar from a very tight angle. Tyrone then registered a few wides helped by the strong swirling winds. Cavan responded to the challenge and Niamh Gavin was forced into a few fine saves at the back and Fay also had a busy time around her goal mouth. The pressure told and Cavan registered four more points to Tyrone’s one from captain Corr. Frankie Bigley looked to have scored a super scintillating goal when the ball flashed passed the Cavan goal keeper but the official ruled it out. As the half time whistled sounded it was Tyrone 0.5 Cavan 1.5.

Cavan started the second half as they had the first and after five minutes had added a goal and two points. Tyrone introduced Caoimhe Rafferty, Ursula McKernan and Paula Neill and it was Rafferty who made a pass to Lagan and she made no mistake and buried it at the back of the net. Maria Jordan and Corr continued to drive their team on as they pushed hard for scores. Tyrone added another point from Jordan before Cavan again went on the attack but found the wind not helping their cause and they too had a few wides. The game was there for the taking and Cavan made the most of the breaks as they scored a goal and a point. Just before the final whistle Fitzgerald added what was arguably the score of the game with a long range effort. The final score was Tyrone 1.7 Cavan 3.8.

The defeat now ends Tyrone’s long senior season in both league and championship and the management would like to thank all the players for their time and commitment in 2012.It is hoped that next year will see a stronger and fitter side with the return of Ciara Rocks, Emma Mc Aliskey and Cara Fitzgerald.

August will see lots of league and championship matches played and the clubs will now take centre stage for the remainder of the season. All players are reminded of the importance of training with their clubs and camogie in Tyrone can only grow stronger with the participation from all age groups.