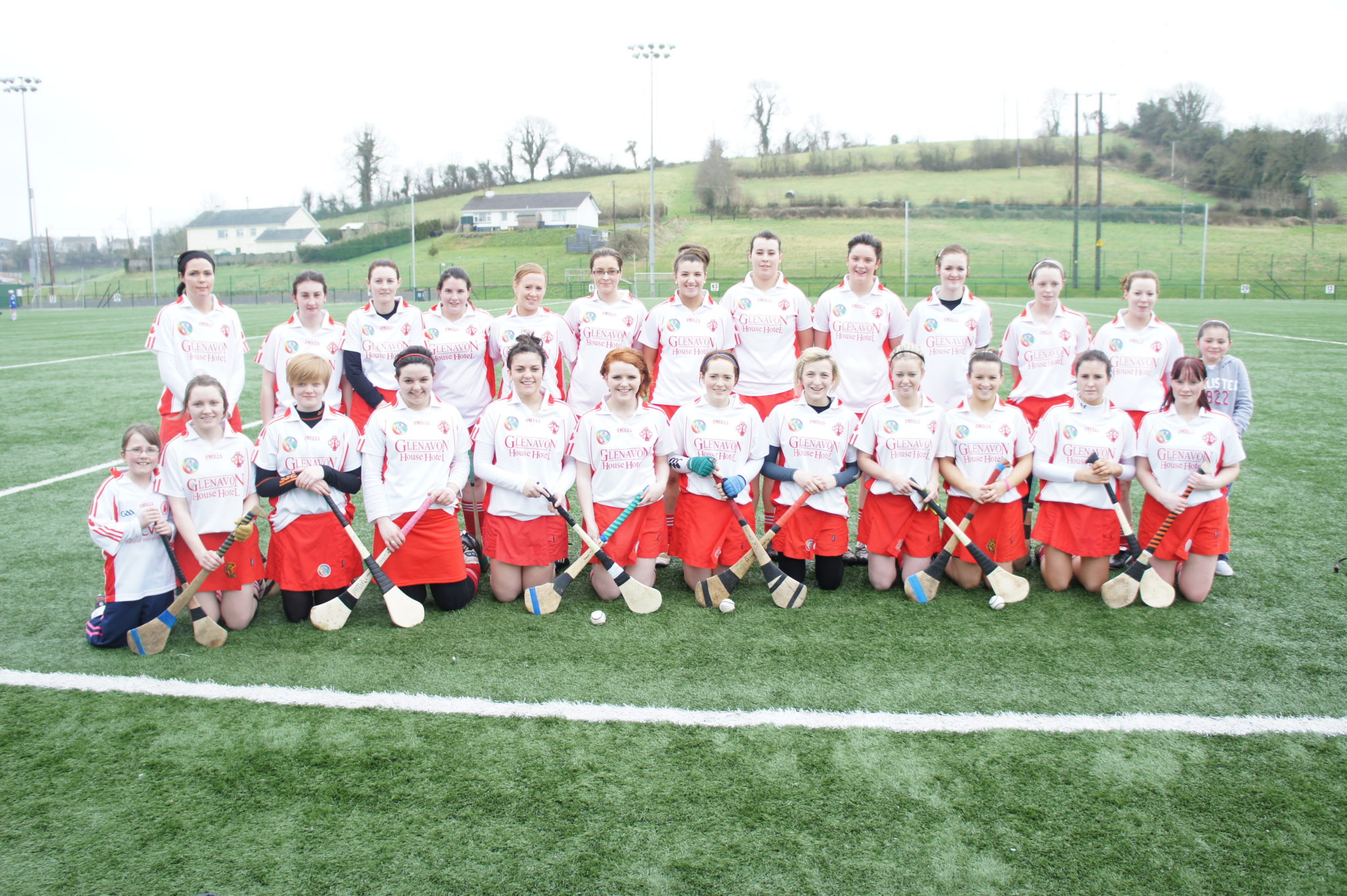 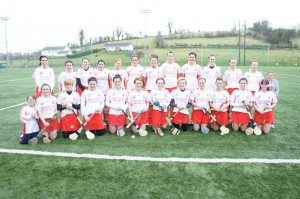 The Tyrone camogie senior team travelled to Beffini Park 3g pitch on Sunday and opened up their All Ireland League Division 4 campaign with a convincing win. Cavan started the better and after five minutes had taken the lead with a close range effort that sailed high over the bar. There was some early and relentless pressure from the Cavan forwards and the defence of the Tyrone squad with Ciara McGready , Siobhan Hughes and Cara Fitzgerald prevented their opponents from extending their slender lead. It took fifteen minutes and a couple of narrow wides before Tyrone scored their first point of the half when Aisling Corr scored an excellent point. The Tyrone team seemed to settle down and a few minutes after Ciara Rocks received a peach of a pass from Emma Fitzgerald who calmly hit the back of the net.

It was from the resulting puck out that Maria Jordan caught the ball and sent it high over the bar for another point. On the twenty minute mark Aisling Corr scored another goal for Tyrone. However Cavan having only one point on the board had a mini resurgence of possession and they scored a deflected goal to narrow Tyrone’s advantage. Tyrone’s midfielders Emma Fitzgerald and Caoimhe Rafferty dominated the centre of the park  and many scoring opportunities followed. Tyrone had a 45 metre free which Aisling Corr cooly despatched with great ease. Cavan may have had more goal opportunities had it not been for the excellent defence by McGready , Niamh Gavin and Orla Foley tyrone goalkeeper Kelly Anne Fay made several superb stops that prevented the Cavan girls from running up a huge total. Another point was added to Tyrone’s tally when Aisling Jordan slotted home an excellent point from open play when she had three Cavan backs surrounding her. Tyrone then scored another goal when Caoimhe Rafferty hit a rasping shot to burst the back of the net. The half time score was 2-2 to 3-4 to the visitors.

Cavan opened the second half with pace and intensity and immediately scored an excellent point from the forty five metre line. Then the highlight of the whole game within five minutes of Cavan scoring was an electrifying burst of pace down the wing from Emma McShane who from the side line put the ball into the back of the Cavan net from over the fifty metres out. This was truly an amazing score from the young Tyrone half back. Cavan then scored a goal and a point in quick succession but the Tyrone squad, as seen in other matches, had superior fitness and further points from Corr, Fitzgerald , McShane , ONeill extended Tyrone’s advantage further.

Tyrone put on Laura Barker, Laura Logue and Jane Canavan and they settled quickly in to the side with Barker making some superb defence stops. There was another excellent goal from a close range effort by Aisling Jordan that sealed this emphatic win. The final score Cavan 3-4 Tyrone 4-15.

In other Tyrone news the minor squad travelled to Down on Saturday and came across an excellent Down side that proved too strong for our minors. There was a goal from Maebh McHugh and points from Maggie Hagan and Niamh McNulty.

Tyrone’s Cara Fitzgerald made it back to back All Star awards this year. Cara is an excellent young talent and everyone at Tyrone Camogie would like to congratulate her on her award. Also Tyrone senior camogie captain Ailsing Corr’s younger brother, Caolan Corr, received a call up from the Tyrone Football minor squad. Congratulations extended to the Caolan Corr from all at Tyrone camogie.