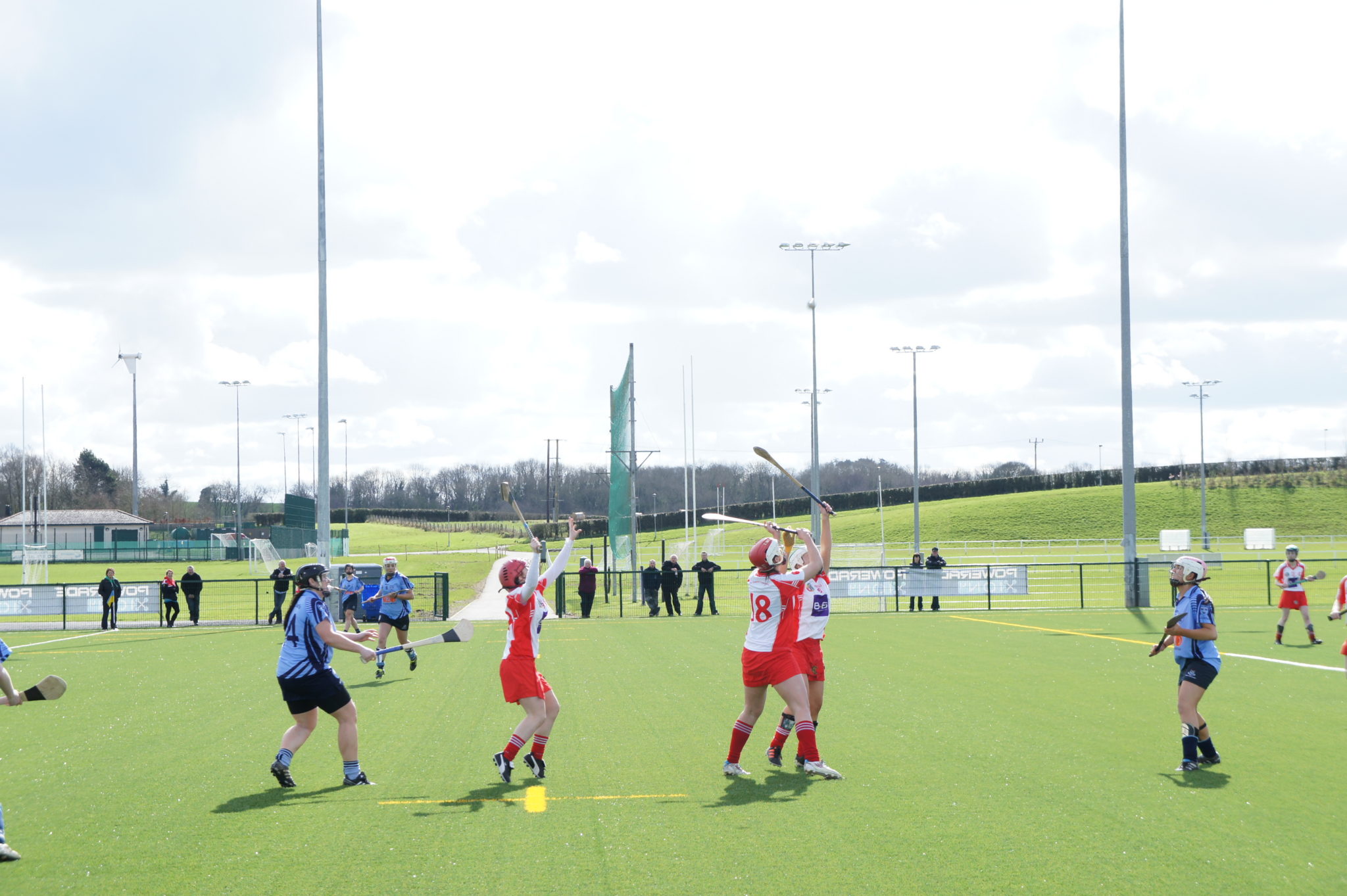 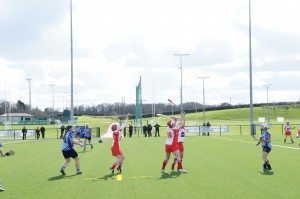 The Tyrone camogie team were defeated in their All Ireland League fixture when they hosted Dublin on Sunday in Cookstown. It was a tentative start by the Tyrone squad and Dublin were quick to capitalise when they scored an excellent point from a tight angle through their full forward J.Hoary after just two minutes.
Tyrone’s Aisling Corr then scored a point from a free almost immediately. Unfortunately the resulting puck out saw the ball quickly passed to Dublin’s
Hoary who scored a goal from close range.
Dublin had a five minute spell when they put Tyrone under pressure but Cara Fitzgerald was able to clear the lines with the help of the fearless Ciara McGready. The Tyrone midfield were making their presence felt and Corr, Shauna Jordon and Emma McAliskey worked well together before laying off an excellent pass to Caoimhe Rafferty who burst through the Dublin defence to score a superb team goal.
Tyrone made a substitution when Rebecca Barker was brought on and the young Barker made an immediate impact with some strong tackling. There was more pressure from the Tyrone forwards that led to a free and Corr scored again from a tricky angle with high winds to contend with.
Tyrone may have had another goal when Shauna Jordan went on a mazy run and blasted a shot that had it not been for the reflexes of the Dublin goal keeper it would surely have been a goal.
Dublin hit back with a goal of their own as their forwards showed lots of pace in an around the Tyrone half of the field. The game ebbed and flowed for long spells with neither team taking control in what was an even contest. After a rather barren period Tyrone’s Oonagh O’Neill received the ball just outside the rectangle and blasted home with confidence. Tyrone seemed to be in the ascendancy with Aisling Jordan winning most of her one on one confrontations with her marker. However Dublin scored a fortuitous goal and they always seemed able to take their scores more clinically.
Emma McAliskey then scored an amazing point from inside her own half and with Corr imperious with her free taking she added another point and when the whistle blew for half time the sides were all square Tyrone 2-4 and Dublin 3-1.
Dublin started the second half well and within a five minute spell they dominated and scored two points. Tyrone were still in touch when Maria Jordan scored from the forty five metre line with a superb effort. Dublin moved up a gear and scored two goals and a point in a blistering seven minute spell.
The Dublin forwards were very impressive and again Aisling Jordan saw a lot of the play in a hard fought section of the field. Best for Tyrone on the day were Niamh Gavin and Emma McShane.
Dublin scored another goal and two points and were the more clinical side over all. Laura Logue came off the bench and had a strong game. Overall the score-line did not really reflect the balance of play with Dublin helped by having the more potent scorers on the day. Tyrone will be disappointed with only registering one score in the second half especially considering the possession they had.