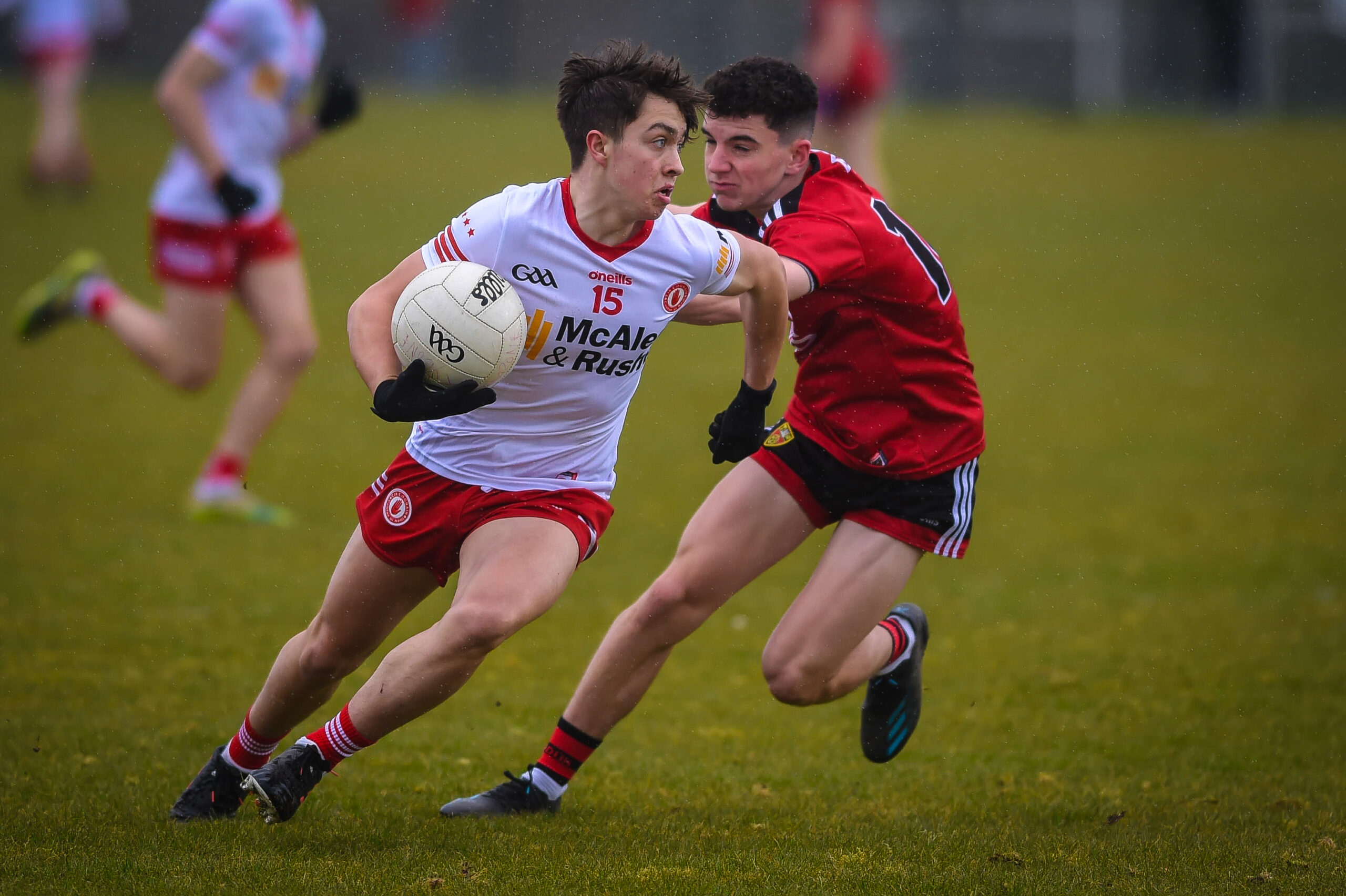 Gerry Donnelly took the opportunity to freshen things up on Saturday morning in Garvaghey and still his side were much too strong for a Down side that looked beaten well ahead of the half time whistle. Donnelly revealed afterwards that he had managed to use the entire squad during the Ulster league campaign and that will leave him and his management team with a number of options going into the decider.  The Red Hands stormed into the lead and found themselves 1-6 to 0-0 up after only 20 minutes. A Ryan Donnelly mark in the opening minute was followed up by a brilliantly worked goal in the 5th minute. Matthew Howe getting on the end of a superb piece in interchange play to direct the ball into an empty net. A 7th minute free from Cormac Drayne started a spree of points for Tyrone. Eoin Donaghy, Darragh McGinley, Con Sweeney and Matthew Howe all scoring points from play. Down registered their only score of the half in the 21st minute. Cameron Gribben firing over a free into the breeze. Tyrone however completed the 1st half scoring with two further points from Howe and Drayne. Half Time – Tyrone 1-8 Down 0-1.  Despite playing into the breeze in the second half Tyrone hit three of the opening four points. Two Ryan Donnelly free’s and a Matthew Howe point broken only by a James Savage point from play.  By the three quarter hour mark Tyrone were 1-12 to 0-3 ahead thanks to another superb Ryan Donnelly point from play shortly after Dara Og McCoy scored for Down. Donagh Murdock split the posts in the 46th minute and that sparked another sharp response from Tyrone.  First Darragh McGinley clipped one over the bar and that was followed by another Donnelly free. Some hard running and brilliant passing put the excellent Sheehan Fay in for. Tyrone’s second goal in the 56th minute. That would be Tyrone’s last score of the game. Down’s Darragh Sloan thumped one over and it was left to James Savage to hit the last three points for the Mourne men, two of those from frees.