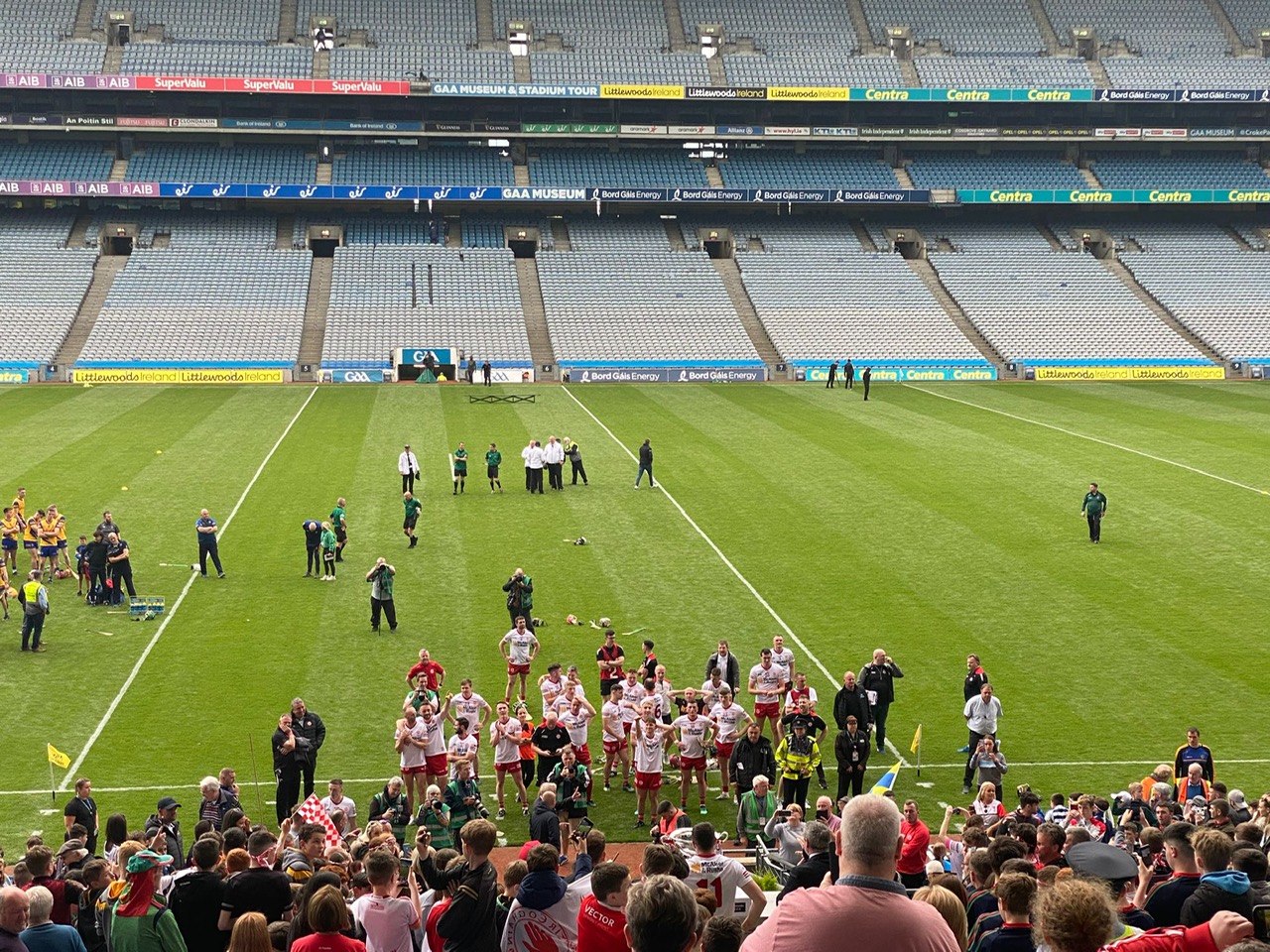 The heartbreak of losing last year’s Nicky Rackard Cup final was the catalyst for Michael Mc Shane and his Red Hand side as they eased to an eight point  win over Roscommon at Croke Park on Saturday afternoon. Tyrone were deserving winners as they led from the start saving their best display of the season for the biggest day of the year to claim the county’s second ever Nickey Rackard title.

Damien Casey top scored with 15 points while Sean Og Grogan was the man on target with the only goal of the game in the first half as Tyrone hurled with skill and intensity to build up a half time lead of eight points.

The Rossies did manage to create something of a comeback just after the restart with wing forward Daniel Glynn proving his accuracy from placed balls hitting fourteen points in total. However once Tyrone got the measure of their attack and landed a salvo of scores of their own there was only going to be one winner. Tyrone always had the edge as they turned in a stunning display of quality hurling to secure the title.

Tyrone powered into an early lead, Aidy Kelly went close on goal as Casey and CJ Mc Gourty tagged on points. Glynn was Roscommon’s only threat while pressure from an assured Tyrone defence denied the Connacht men time and space to settle and shoot. Bryan McGurk and Ruairi Slane were also on target as Grogan rose to turn a high long ball past Eddie Lawless on 23 minutes.

With Tyrone on top and leading by ten points Roscommon produced a late rally. Three Glynn, points  and another other from Mickey Joe Egan, closed the gap as half time approached. They came out after the break fired up and Glynn added an early brace before Oisin Kelly’s point brought the Connacht side to within five points.