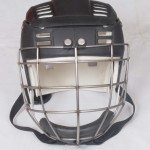 TYRONE confirmed their place in the Division Four NHL League Final with a thumping twenty seven point victory over Longford, at Omagh this afternoon.

Longford enjoyed a dream start as Johnny Casey met an Eoin Donnellan delivery to bulge the net after 23 seconds, but by the 9th minute Tyrone had forged 1-3 to 1-0 ahead. Justin Kelly pointing prior to accepting a Rory O’Neill pass to goal on 5 minutes before the Eire Og man supplied two points in succession,.

Donnellan replied soon after, but he was to be the visitors only source of points. His superb 18th minute effort trimmed the gap to a point, 1-4 to 1-5, but Tyrone suddenly stepped on the gas on their way to a match winning 3-14 to 1-5 interval lead.

Kelly and Seamus O’Hagan with points and after Donnellan replied on 25 minutes, Tyrone racked up 2-6 in a stunning nine minute spell. Kelly and Gary Fox extended their lead before Cathal McErlean’s major opened the floodgates. Three minutes later McErlean found the net again after another devastating passage of play, as the hosts greeted the interval in complete control.

Aidan Kelly opened the second half scoring after 12 seconds, but Tyrone were guilty of squandering gilt edged chances and, even though Donnellan brought his tally to 0-7, Tyrone were home and dry.

Eanna Daly completed the visitors scoring on 55 minutes for a 3-19 to 1-8 score line before Tyrone closed the game out in style. Justin Kelly rifled a 55th minute free to the net and, as Longford wilted Tyrone eased over the line with a succession of points from Fox, Seamus McLoughney, Martin Grogan and man of the match Kelly, who finished with 2-9. South Down await in the final.