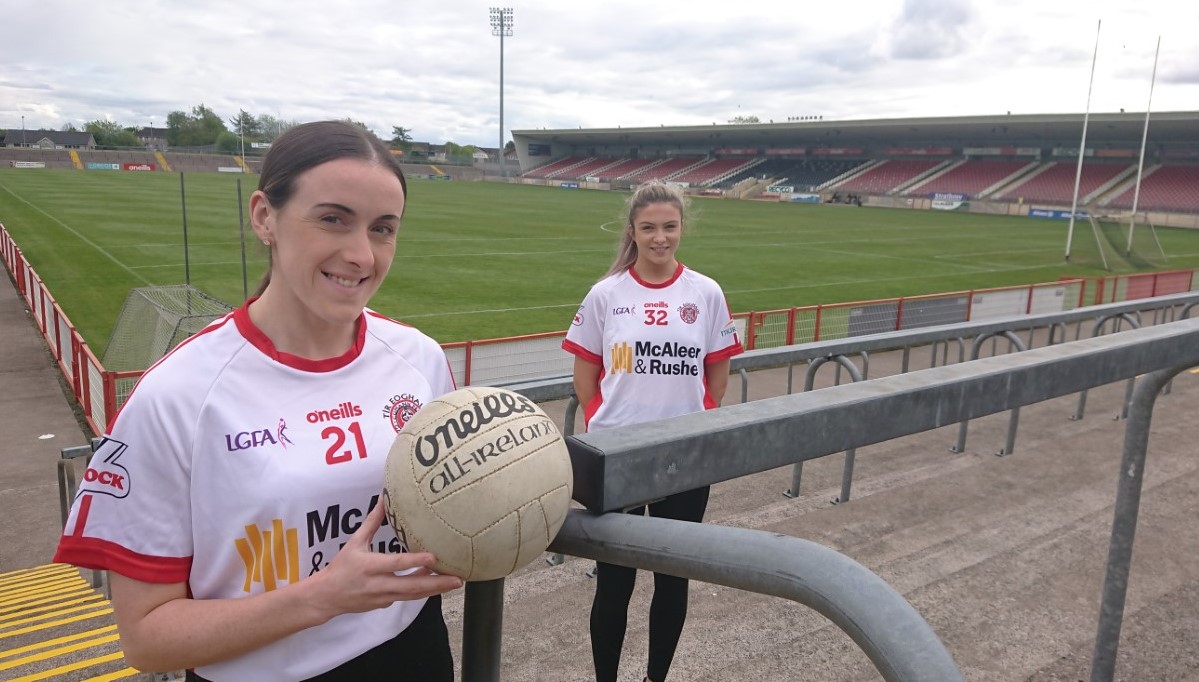 Tyrone ladies senior team produced a very committed and determined performance on Sunday afternoon at O’Neills Healy Park against Armagh but lost out by a single point on a score of 3-11 to 3-10. Kevin Mc Crystal’s side will be disappointed to have come up short in this one but they will know Sunday’s performance is exactly what is required if they are to make any impression on the league.

The home side played into the wind in the first half and with Niamh O’Neill and Chloe Mc Caffrey dovetailing superbly they looked dangerous every time they attacked. Tyrone started with four debutants but there was little evidence of nerves or a lack in cohesion as every player contributed to what was an excellent all round team display.

O’Neill opened the scoring for Tyrone on six minutes but Armagh’s Caroline O’Hanlon tied the game three minutes later with an assured finish. Tyrone then enjoyed one of their best passages of play with points from O’Neill and Aoibheann Mc Hugh. Just before the water break the big midfielder drove forward and fired a shot to the net. That goal put Tyrone 1-3 to 0-1 in front but Armagh replied almost immediately with a point from the boot of Aimee Mackin.

Tyrone were warming to the task with Emma Mulgrew, Tori Mc Laughlin and Megan Kerr leading the way defensively. Their experience helped settle nerves and ensured that the outstanding half back line of Emma Brennan, Caitlin Kelly and Dearbhaile Gallagher had cover when required.

Full forward Mc Caffrey was proving a real handful for the Armagh defence and with eighteen minutes gone she played a superb one two with Niamh O’Neill before finishing confidently for Tyrone’s second goal.

Armagh were struggling to get into the game but trailing 2-3 to 0-2 they upped the ante hitting 1-2 inside three minutes to bring themselves back into the contest with Aoife Mc Coy getting the all important goal. Tyrone responded with a third goal and once more Mc Caffrey was the key. O’Neill added another point for the Red Hands but it was Armagh that finished strongly with the last two points of the half courtesy of Aimee Mackin and Shauna Grey to send the teams off at the break with Tyrone leading 3-4 to 1-6.

Armagh were much better after the break. Alex Clarke and Niamh O’Neill swapped points before the Armagh corner forward hit the net for her team’s second goal. O’Neill pointed to leave two between the sides but it was Armagh who were looking more purposeful and assured. Tyrone battled hard but Armagh’s experience and quality meant that the game was being played mostly in the Tyrone half. Both teams added points as the clock ran down. Trailing by two Armagh popped over a point and were then awarded a penalty which Aimee Mackin fired to the net to put her team two in front with time almost up.

Chloe Mc Caffrey pointed to reduce the gap to a single point but time ran out on the Red Hands and Armagh claimed the win and the points.