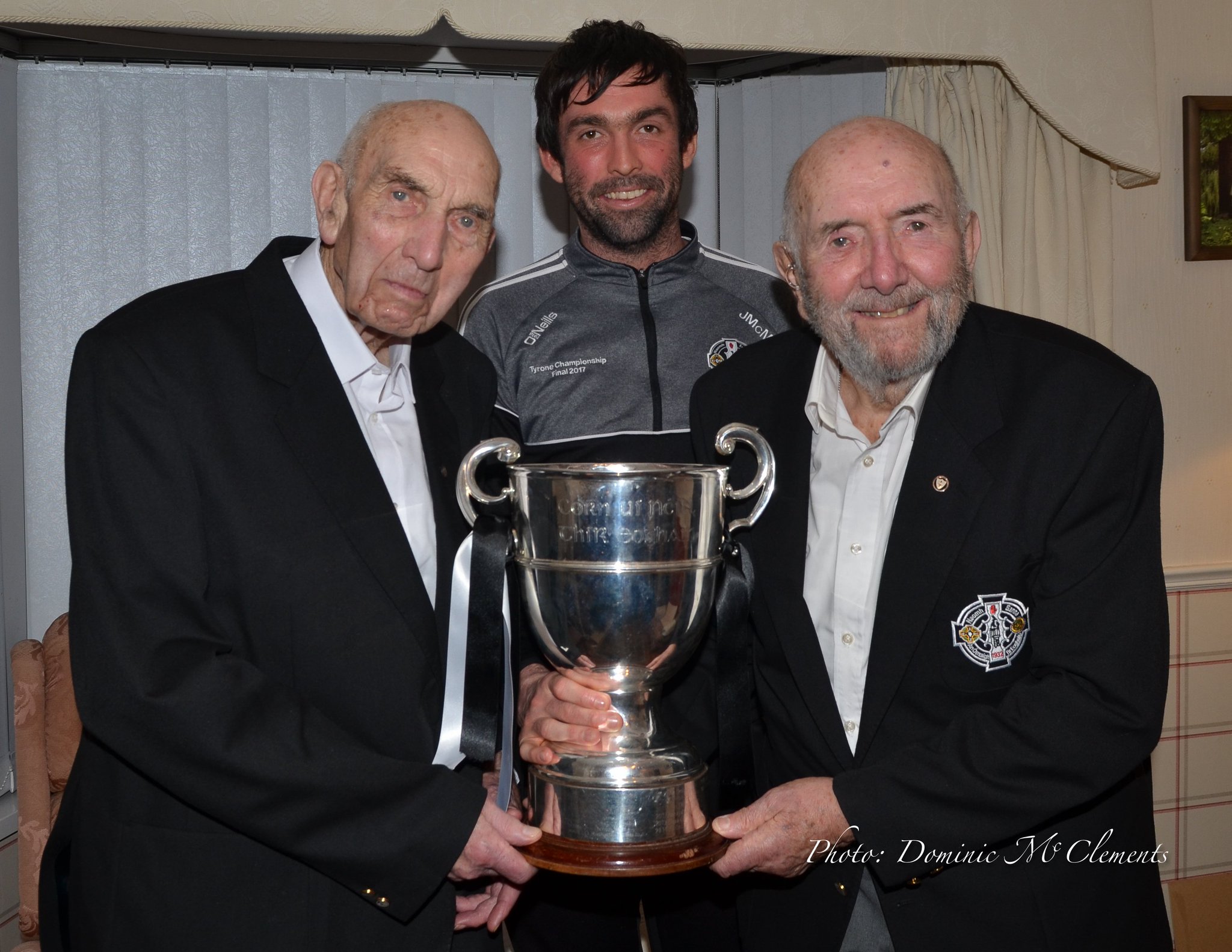 It was with great sadness that we heard the news of the passing of Tyrone and Omagh St Enda’s stalwart Thady Turbett. The former club and county goalkeeper passed away on Sunday evening aged 92.

Thady achieved many honours playing with both club and county and was known and respected the length and breadth of the country. He played on the first Tyrone senior team to win an Ulster title and was also a member of the first Omagh St Endas club side to claim the senior county title. He would go on to win six senior county medals with his club. He was a quiet unassuming man whose pleasant manner endeared him to all who knew him. He took a great interest in young people and was delighted to see them become involved in sport.

The Thady Turbett Cup is played and competed for by the large primary schools in Tyrone and it is fitting that it is currently held by St Conor’s PS, a school that meant a lot to the late Thady and his family

Despite not being in the best of health recently he was still able to attend the official opening of the new Caife 32 at Healy Park.

Teamtalkmag would like to express our deepest sympathies to the Turbett family and offer our most sincere condolences to the family and friends of Thady.