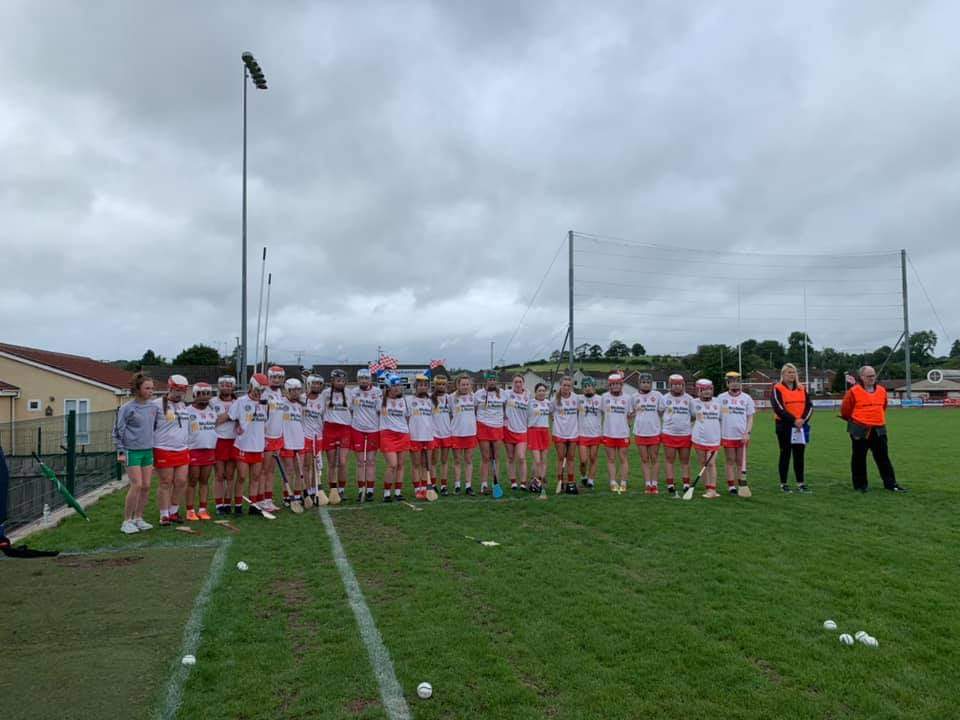 Tyrone minor Camogie side came up against a very fit and determined Cavan team in their championship clash at the home of Eoghan Ruadh in Dungannon on Sunday. The Breffni side were on top from early on with Hannah Fitzsimons , Ashling Keenaghan, Aoibheann Conaty, Emma Brady and Emma Mulvanny absolutely outstanding for their side. Fitzsimons scored her side’s first goal after fifteen seconds and from then until the end Cavan hurled with skill and intensity. The midfielder hit the net four more times during the game as Cavan strolled to victory.

In fairness to Tyrone they worked hard trying to compete against a team whose first touch was sharper and more efficient all over the pitch. Caitlin Gallagher, Olilibhia Farley, Elisha Gervin and Bronagh Moohan landed scores for Tyrone while Beth Jones, Aoibhin Daly and Maeve Mc Crystal battled hard throughout. In spite of their best efforts however Cavan pulled away to win comfortably 8-9 to 3-7.