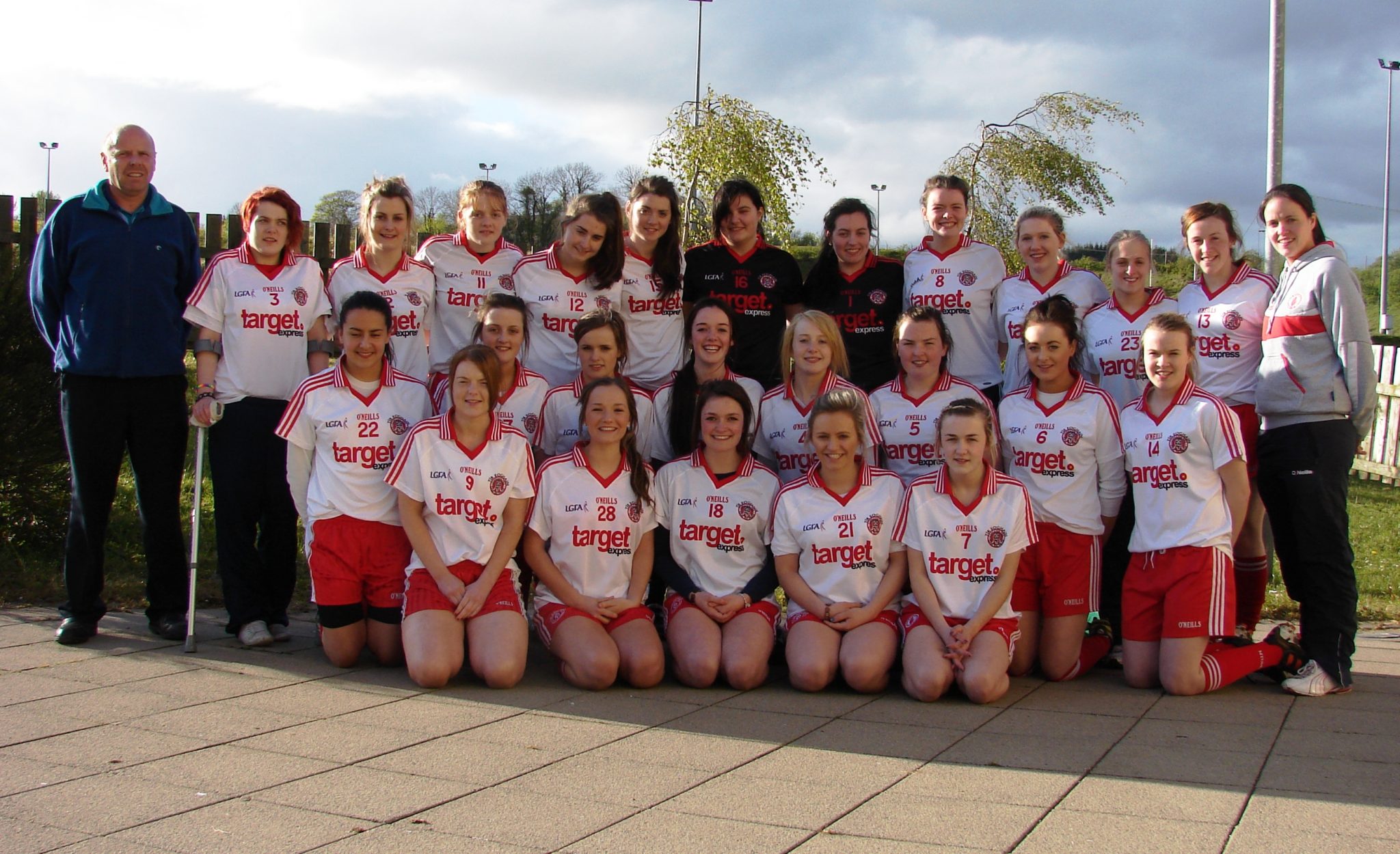 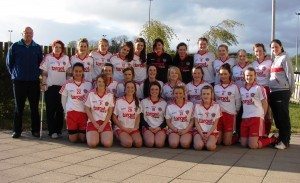 A chance of redemption after the disappointment of a heavy loss last year will spur Tyrone ladies minor squad this Saturday at Ballinamore. Tyrone, a very similar Tyrone that lost last year in the all Ireland series will face Mayo with a place in the all Ireland final up for grabs. A stern test, but after missing out last year the team has matured under the guidance of Pius Fox and Louise Daly.
Back to back Ulster titles were always on the agenda for this Tyrone side, they took the honours last year almost by surprise but that was far from the case earlier this spring when they cruised through the Ulster campaign. It’s been a very long lay-off from competitive action since that Ulster win, too long perhaps but the preparations have been very intense and focused. The management team have brought in extra trainers and are happy with the way the players have bought into the build up.
Mayo are perhaps an unknown entity, like Tyrone behind the scenes, with the senior squads in a rebuilding process a lot of the minor footballers in both squads have enjoyed senior appearances this term. That leaves Saturday’s clash a very interesting one.
Tyrone have an abundance of talent and quality all over the park, Tori McLaughlin, Cara McCrossan, Caoileann Kelly, Laura Mc Sorley and Louise Kelly are all match winners and it is perhaps unfair to single anyone out. Make no mistake about it this is a very good Tyrone minor squad who have within their grasp the chance to claim an elusive all Ireland minor title.
Injuries have been an issue for the Tyrone management in the early part of the year but it’s expected they could well have a full hand to select from against the Connacht side.
Last year’s loss at this stage of the competition hurt Tyrone and prompted calls for change in the underage structures within the county. It was evident says county chairman Martin Conway that not just Tyrone but all of Ulster was lacking:
“Our girls were muscled out of it last year. Their opponents were bigger, stronger and looked far hungrier. I felt that if we were to make any progress we would have to up our preparations. We have taken small steps but the players at all levels have bought into what we are trying to achieve. It won’t happen overnight but it will happen. The minors this weekend will have learnt from last year and I am sure they won’t let the county down.”
Mayo report no injury issues ahead of the game. They are reportedly a very big side but have been caught out by nippy forwards in earlier rounds. Tyrone have an abundance of those to call on and indeed have a sturdy defence that has a raft of experience about it. Tyrone then will head into the all Ireland last four full of confidence that a place in the all Ireland final is well within reach.
Throw in time is 2:00pm.