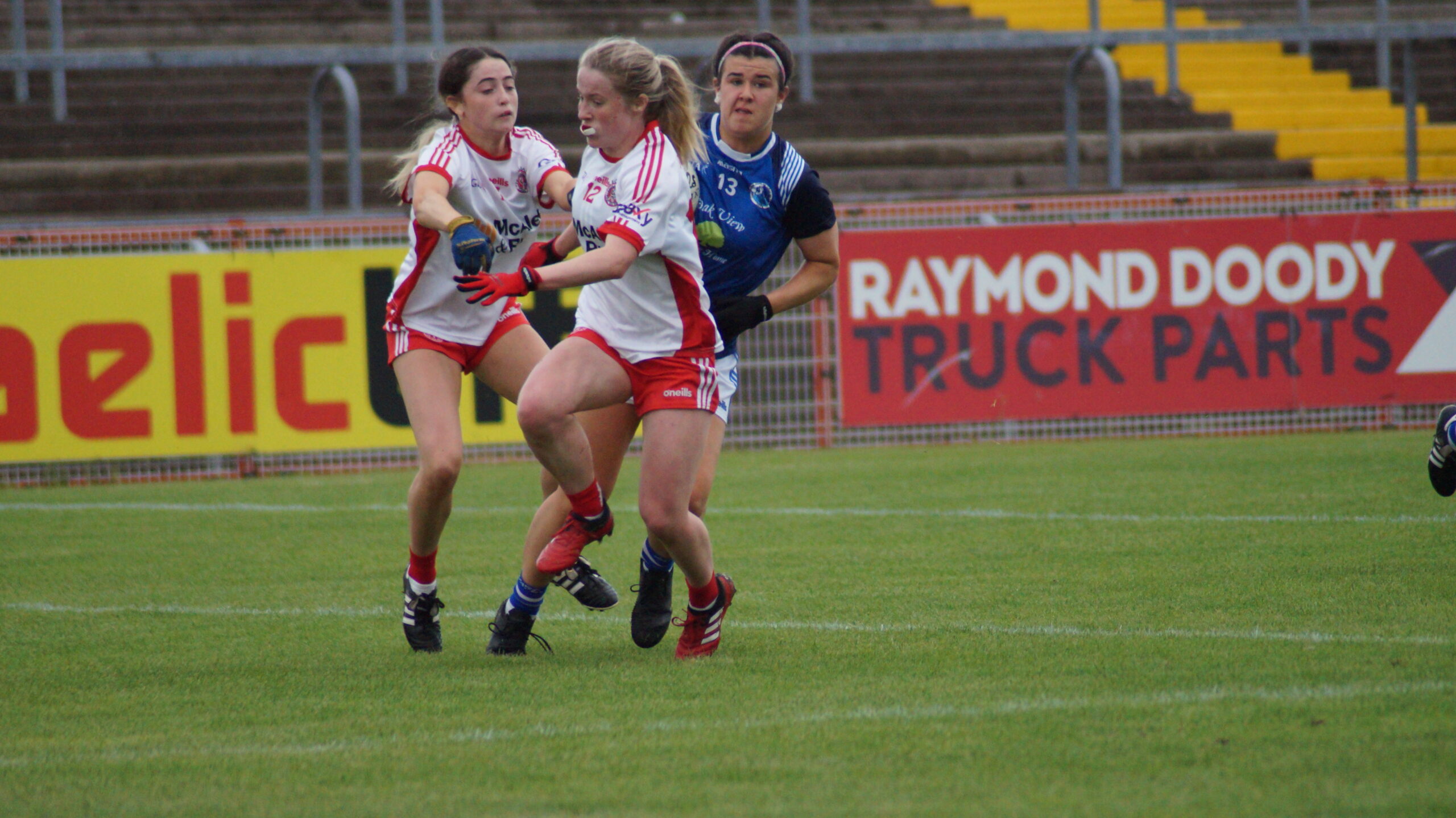 Tyrone were well beaten by Cavan in the Gold Final of the Ulster Ladies minor championship on Wednesday evening at O’Neills Healy Park eventually losing by thirteen points. Cavan were on top from early on as their fitness, athleticism, superior skills and teamwork ensured the Breffni girls were deserving winners.

Tyrone’s preparations were hampered by Covid concerns but in truth this Cavan side were superior all over the field. From team captain Joanne Reilly in goals right through to the substitutes they used Cavan led Tyrone a merry dance all evening. Half forwards Ellyana Madden and Abbie Connor as well as full forward Catherine Aherne ran the Tyrone defence ragged throughout. Backed up by a mobile and creative midfield pairing of Annie Denagher and Saoirse Kernan, the Cavan forwards were kept supplied with good quality ball which they used to great effect.

Tyrone will look back on this one and wonder could the outcome have been any different had they shown greater composure in front of goal during the opening quarter. Eimear Mc Garrity, Aoibhin Daly, Dearblie Gallagher and Sorcha Mullan worked hard throughout the hour but in too many places the team played second fiddle to a much sharper and physically stronger opponent.

Cavan were quick out of the blocks and with early scores from Ahearne and Connor Cavan were up and running. Clodagh Munroe came close to finding the net but missed narrowly before Cavan got their first goal of the night. Keri Mc Cormack added a second goal for Cavan to stretch their lead to six and Tyrone reached the break looking fresh out of ideas.

Cavan began the second half in confident mood with Hannah Smyth, Cara Maguire and Christina Carters driving their team forward at every opportunity while ensuring there were no gaps at the back. Tyrone briefly rallied with a goal from Emma Loane and a point from Caitlin Gormley but Cavan reasserted themselves with midfielder Kiernan simply outstanding. Aimee Mc Intyre added a third goal for Cavan as they eased to victory and the Ulster Minor Gold title.