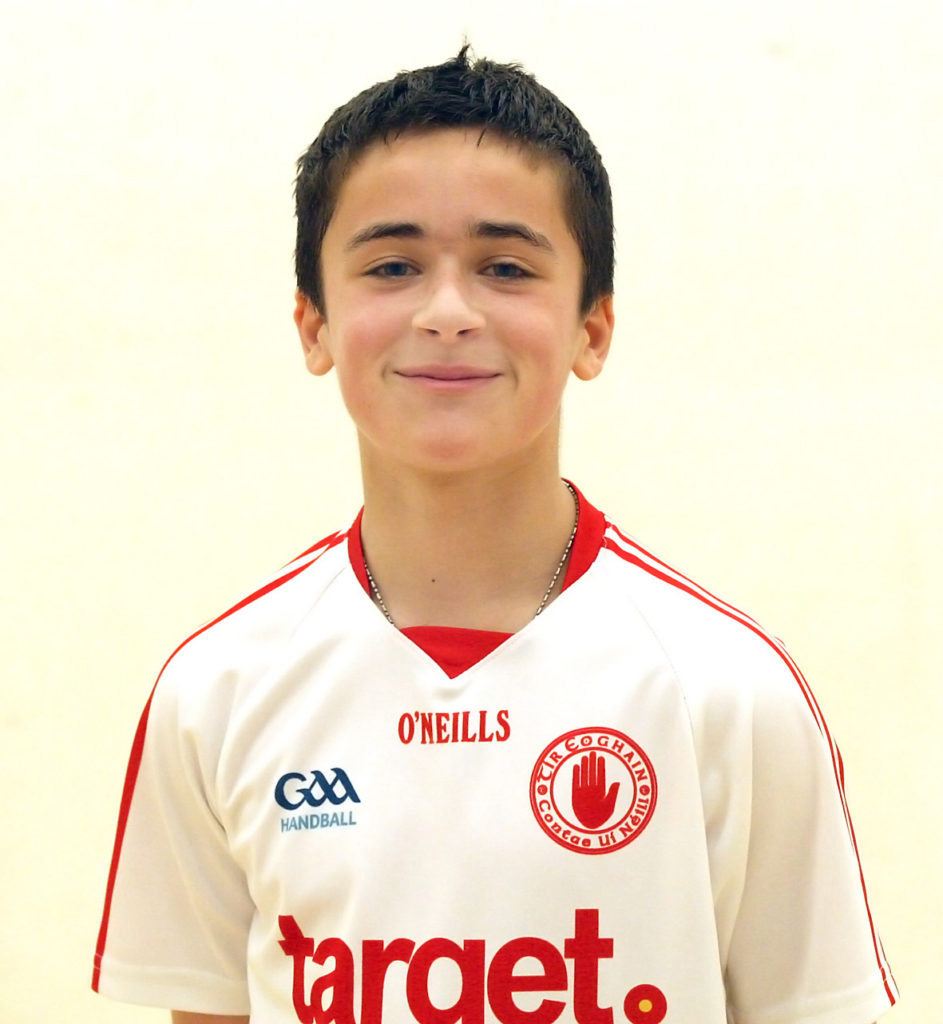 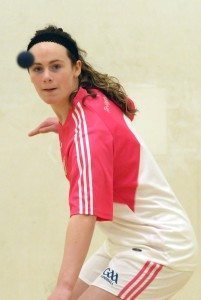 Following the historic success story of Tyrone’s juvenile handball players in this year’s 40×20 All-Ireland championships, there will be plenty of Tyrone involvement in a huge programme of fixtures this weekend as the O’Neills Irish Nationals are staged across Ulster, along with most of the trials to represent Ireland officially in the 2012 World Championships in October.
Lisa McAleer will fly the flag for Tyrone in the Ladies Open singles quarter-finals following her brilliant win last weekend over Antrim’s Sibeal Gallagher, recent winner of the All-Ireland senior doubles title alongside Fiona Shannon.
Lisa faces an even tougher test this weekend when she takes on former All-Ireland senior singles champion, Maria Daly, but the Loughmacrory girl has been playing particularly well this season and is strongly fancied to put it up to the Kerry star.
Unfortunately there will be no Tyrone interest in the last 16 of the most prestigious event taking place this weekend, the Men’s Open Singles, following exits from the competition last Sunday for Shane O’Neill, Darragh Daly and Padraig McGlinchey. All three Tyrone players acquitted themselves very well against strong opposition in the form of Mayo pair, Dessie Keegan and Vinnie Moran, plus Tipperary’s Ger Coonan.
Caolan Daly, meanwhile, will compete for the 23 and Under singles title in Kingscourt and the former Under-19 Irish champion gets his challenge underway on Saturday against Clare’s Niall Malone.
Tyrone players should feature prominently in the closing stages of the underage boys and girls competitions, with a strong representation at 15 & Under and at 17 & Under as some of our recently crowned All-Ireland champions set their sights on further glory.
In the Boys 15 & Under competition, Tyrone will be represented by new All-Ireland under-14 singles champion, Sean Kerr, plus his Brackey clubmate Aaron Owens and Carrickmore’s Niall Allison, last year’s One Wall under-14 singles champion. All three players will be in action in Carrickmore on Saturday morning against opponents from Cork, Kilkenny and Roscommon, and all three will be striving to go through to the final stages of the competition in Kingscourt.
All the finals, plus semi-finals in some grades, will take place in Kingscourt on Sunday and among the 17 & Under hopefuls from Tyrone hoping to get through Saturday’s rounds in Beragh and Emyvale are Patrick McCrory, plus All-Ireland minor doubles runners-up, Pol Clarke and Gabhainn McCrystall, and All-Ireland under-16 doubles champion, Johnny Woods. All four face tough assignments in a competition that is laced with brilliant young talent from all over the country.
In the underage girls’ competitions, Tyrone’s hopes will rest with Elise McCrory and All-Ireland under-16 doubles champions, Aoife Kelly and Maeve McElduff. Aoife and Elise will feature in the 15 and Under singles competition, with Maeve included alongside some outstanding prospects in the 17 and Under singles section.
Tyrone’s young stars will be hoping to survive some big challenges at local venues on Saturday and book their places in Sunday’s line-up in Kingscourt.
In other age groups, Finbarr Fullen, Sean McCrory, Kenny Curran, Peter Harte and Ryan Daly will be hoping to make progress at various venues.

PLEASE NOTE: Apologies for a mistake in last week’s handball review when it was stated that Sean Kerr was the first winner of the All-Ireland 40×20 under-14 singles title since 1988, when in fact this title was also won with great distinction by Loughmacrory’s Brian Donaghy less than a decade ago, making Sean Kerr the third player from Tyrone to claim this particular honour.