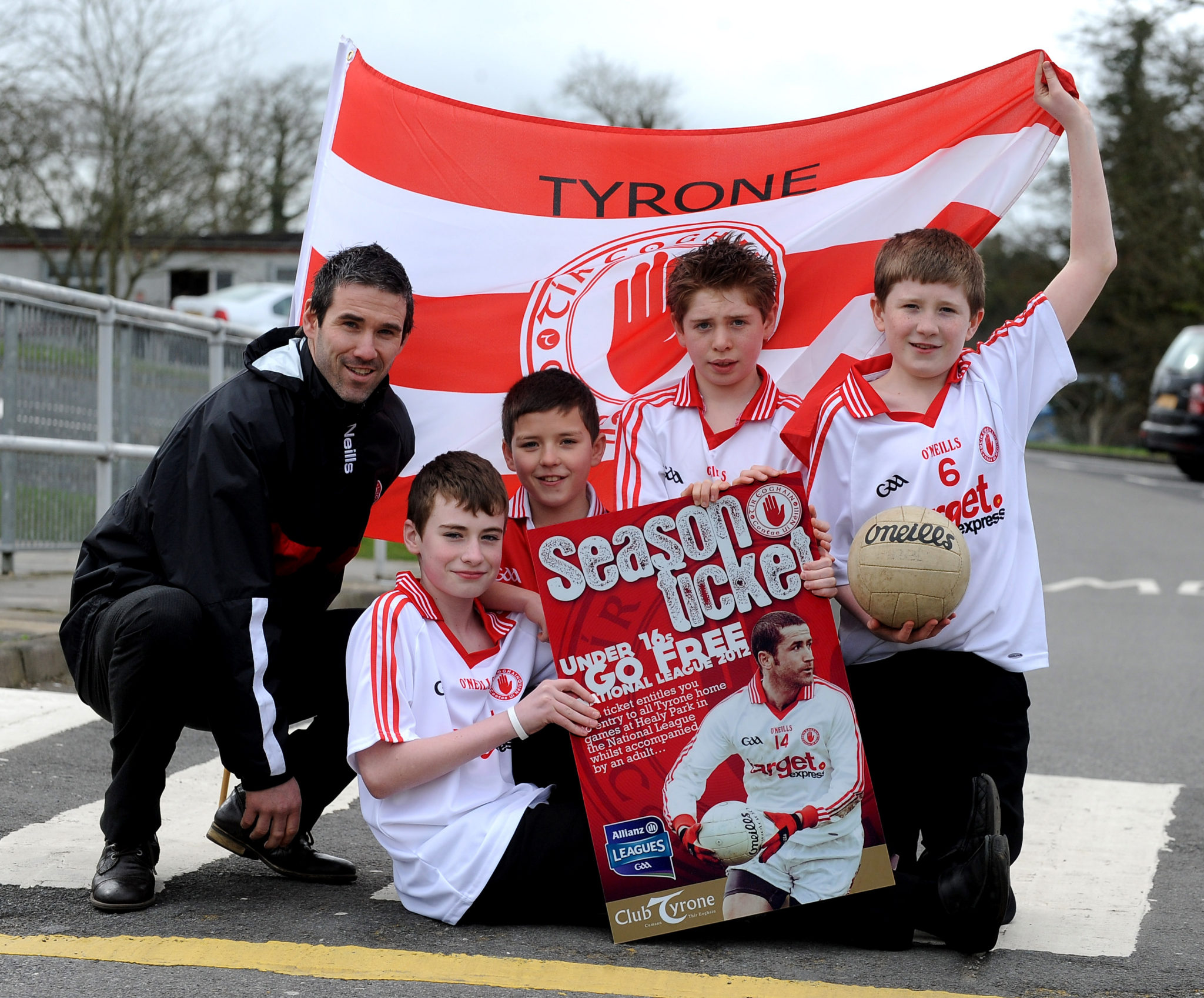 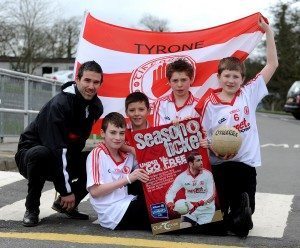 As part of its drive to promote Gaelic games, the Tyrone GAA County Board has launched an Under 16 Season Ticket. The tickets have been distributed through all the schools in the county and will give free admission to Tyrone’s National League and Under 21 Championship matches as well as to Tyrone Club Championship matches provided the ticket holder is accompanied by an adult. Tyrone Season Tickets can be used at this weekend’s tie between Tyrone and Westmeath in Healy Park, Omagh. At the launch of the initiative at St Patrick’s Academy Dungannon are Diarmuid McKeown, Eoin McIntosh, Liam Hughes, and Oran Mallon along with teacher Ciaran Gourley, Tyrone multiple All-Ireland winner.
As well as the larger Season Ticket-induced crowds, the atmosphere at Tyrone games is due to become a little more lively with the introduction of pre-match and half time music and entertainment showcasing Tyrone’s Scór performers. Further details are available from www.tyronegaa.ie