Tyrone See Off Challenge Of Kerry 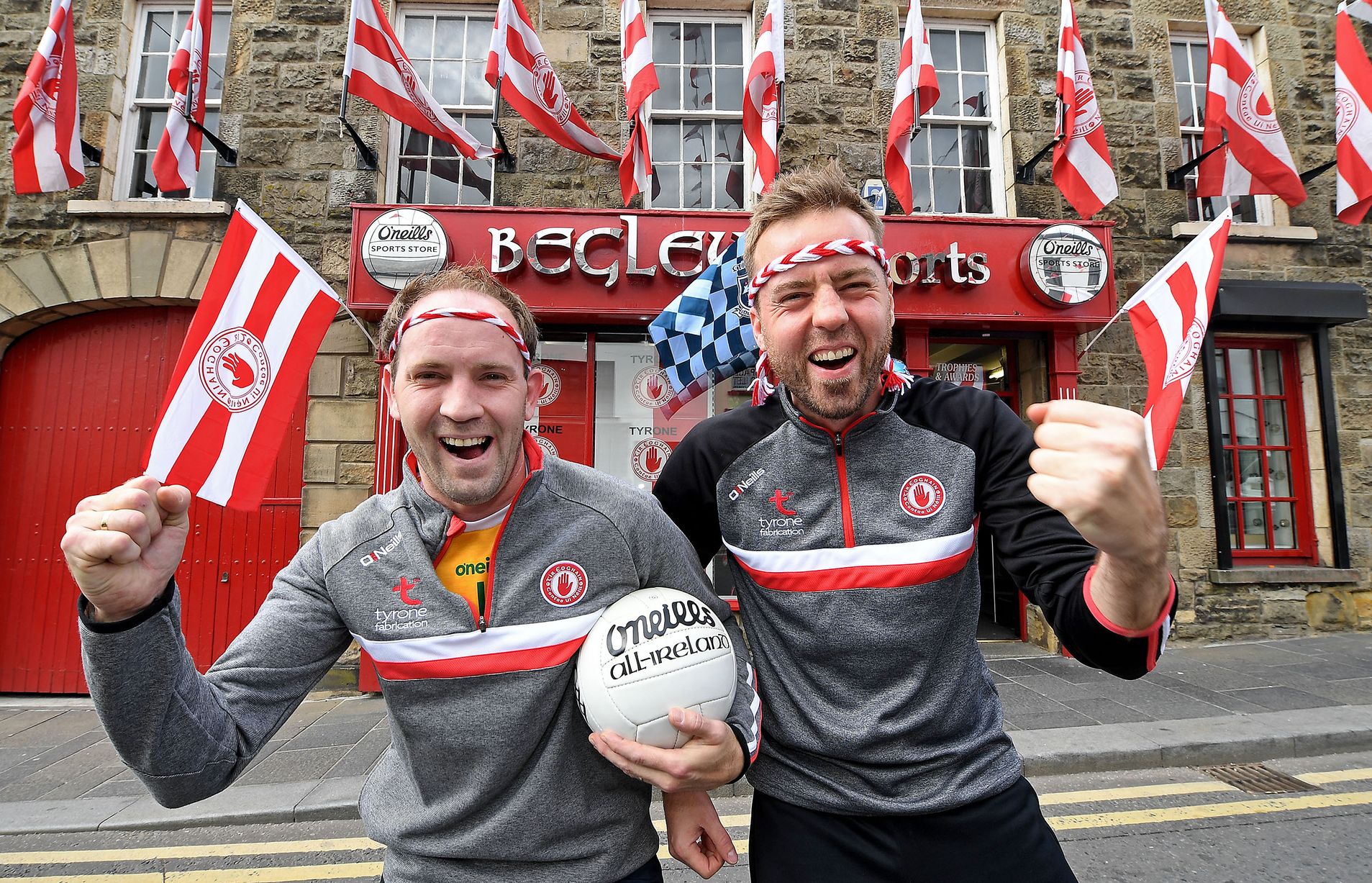 Tyrone are through to the All Ireland Senior Football Final after coming out on the right side of an epic battle with Kerry at Croke Park on Saturday winning 3-14 to 0-22 after extra time. Their ability to create and convert goal chances proved crucial as did their defensive expertise which time after time denied Kerry space and scoring opportunities.

The game swung one way and then the other with both sides leading and dominating at various times before Tyrone hit 1-3 during the first period of extra time to lead by five. But Kerry dug deep and led by Gavin White they whittled down Tyrone’s lead to a single point as the clock ticked down to the closing seconds. Kerry created one final chance but Tyrone’s refusal to give it up put Tommy Walsh under severe pressure and the chance was gone. Tyrone players, mentors and supporters celebrated the win and they can now look forward to a clash with Mayo in two weeks time which will decide the destiny of the Sam Maguire for 2021.

It was nip and tuck in the opening quarter with both sides hitting some fine scores. Niall Morgan pointed a forty five, Mattie Donnelly converted from a Mark and points from Petey Harte, Conor Mc Kenna and Ronan Mc Namee had Tyrone 0-5 to 0-3 ahead. David Clifford and Sean O’Shea kept their team in it and Clifford tied the game at five apiece just after the first water break.

Peter Harte and Niall Sludden combined to create a goal scoring chance for Conor Mc Kenna and the Eglish man duly obliged to put the Red Hands 1-5 to 0-5 in front. Kerry responded with a brace of Sean O’Shea points that left the minimum between them. Paidi Hampsey ventured forward to add to his team’s tally before further scores from Clifford and O’Shea tied the game heading towards half time.

Tyrone were awarded a free just outside the sixty five metre line as the first half came to a close. Goalkeeper Niall Morgan landed a monster kick that sent his team in at the break leading 1-7 to 0-9.

Darren Mc Curry began to exert greater influence on the game after the break and his converted free early in the second half had Tyrone two clear. Points from Clifford (2) and O’Shea (2) put Kerry two clear before another Mc Curry point reduced the deficit to one. Back came Kerry with another O’Shea score just before the final water break and Kerry looked well placed to win the game leading 0-14 to 1-9.

Mc Curry and Tom O’Sullivan swapped points before a great Tyrone move saw Cathal Mc Shane hit the net following excellent work from Darragh Canavan. Tyrone now led 2-10 to 0-15 and but a final score by Mc Curry was cancelled out by Sean O’Shea before Clifford pointed to send the game into extra time.

Both teams were now running on fumes and both benches were emptied as the two sides went in search of victory. Tyrone hit 1-3 during the first half of extra time as Kerry struggled to cope with their defensive intensity and pace. Mc Kenna found the net for his second goal and Cathal Mc Shane confidently struck three super points. Kerry regrouped and dominated the second period of extra time but in spite of their best efforts they could not break down the well drilled and disciplined Tyrone defence and the Red Hands held on for the narrowest but sweetest of one point wins.