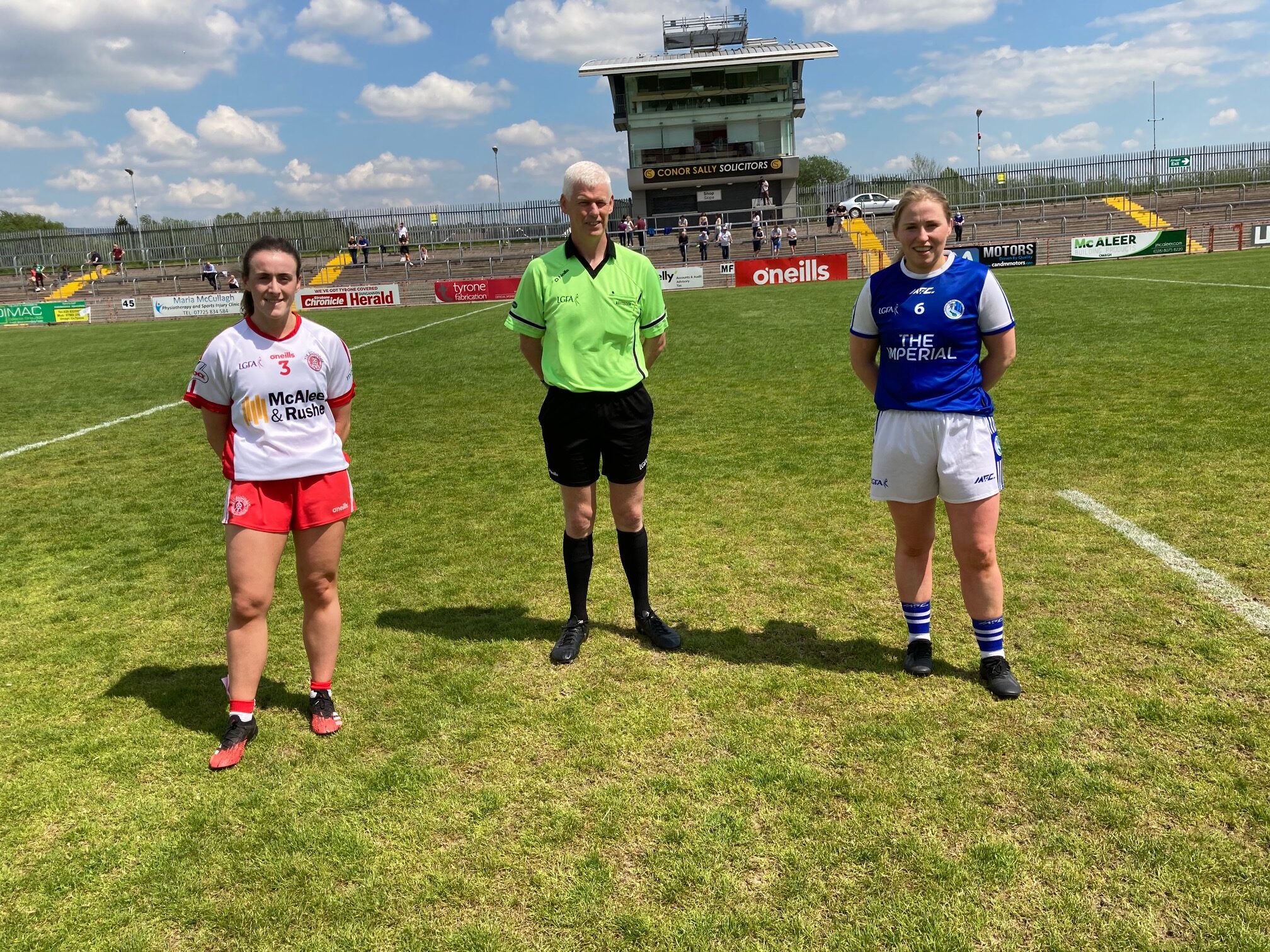 Tyrone found Cavan a bit too hot to handle at O’Neills Healy Park on Sunday as they lost out 4-11 to 2-10 to leave them pointless after two games. Cavan were hugely impressive and deserving winners as they put the Red Hands to the sword with Aisling Sheridan, Ciara Finnegan and Niamh Keenaghan outstanding.

The home side played into the breeze in the first half and after a good start with points from Niamh O’Neill and Chloe Mc Caffrey they led 0-3 to 0-1. Unfortunately they lost goalkeeper Katie Byrne to a tenth minute sin binning and conceded three goals and three points inside the ten minutes. With Tyrone down to fourteen players Cavan set about making their numerical advantage count. Lauren Mc Veety (2) and Geraldine Sheridan hit the net while Mc Veety, Sheridan and Aisling Gilsenan were on target with points.

Niamh O’Neill finished off a superb team move with a goal just before the break and both O’Neill and Aisling Sheridan added a brace of points each just before the short whistle to leave the half time score Tyrone 1-5, Cavan 3-6. Tyrone faced an uphill battle and their position was not helped when they lost key forward Chloe Mc Caffrey to a sin binning just before half time.

The second half saw Cavan produce a very mature display that made them very difficult to break down. Tyrone pushed hard but found the Cavan defence a tough nut to crack. Their continuous pressure however eventually paid off with a superb second goal from Niamh O’Neill. O’Neill slalomed through the Cavan defence leaving defenders in her wake before finishing brilliantly to the net.

Cavan however bounced back immediately with a goal from Roisin O’Keefe and a point from the boot of Sinead Green. Tyrone were denied what looked like a couple of certain goals by superb goalkeeping from Elaine Walsh and in spite of some late pressure Cavan managed the closing minutes well and ran out deserving 4-11 to 2-10 winners.