Tyrone to ‘Erne’ their final berth. 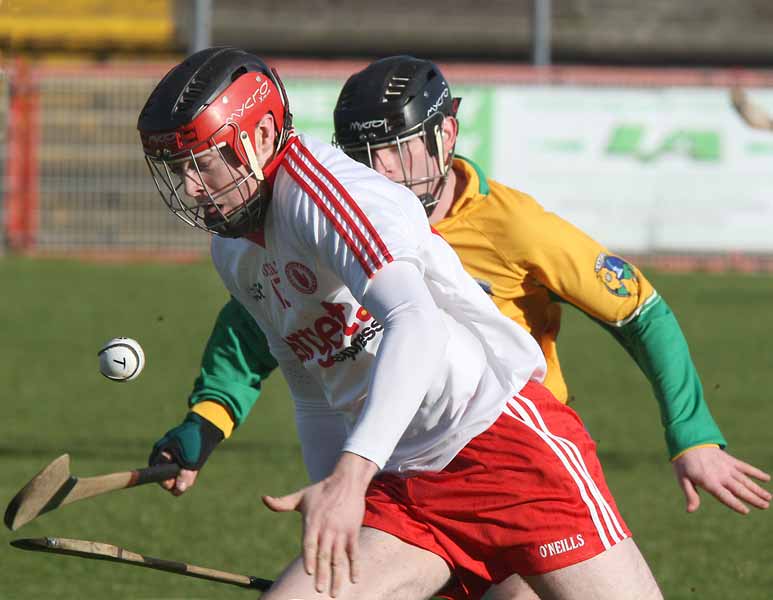 National Hurling League action returns to O’Neill Park Dungannon this Sunday afternoon where the Tyrone Senior Hurlers can claim a place in the Division Four Final with a derby success over Fermanagh.

The Red Hands currently top the table with maximum points following three impressive victories over Leitrim, South Down and Cavan. A 9-57 scoring return suggests a pretty healthy strike force with a Rory O’Neill hat trick helping Tyrone to a landslide 4-23 to 1-6 victory over Cavan last weekend.

A few weeks ago Tyrone defeated South Down 3-15 to 3-11 in a thriller, at Fontenoy Park. Following that game South Down manager Ronan Sheehan commented, “I am pretty sure that we will be crossing swords with Tyrone again this year, as both teams will be strong challengers for both league and championship honours.”

The Newry Shamrock’s man could be right because his team recovered from that second round setback by inflicting a 4-13 to 2-11 defeat on Fermanagh. It was the Ernesiders first defeat of the campaign and, as such Fermanagh managers Rory O’Donnell and Brian Johnston will bring their team to Dungannon eager to get their league challenge back on track.

Incidentally Fermanagh have also posted 84 points in the for column from their opening three games. They hit eight goals against Cavan; two against Longford and two against South Down. 12-48 in three games is some scoring, but as the quality of opposition has increased Fermanagh have also leaked more. They have conceded 6-28 (46 points) in three games, while Tyrone have conceded 4-26. When one considers that 3-11 of Tyrone’s against tally came against South Down it shows how dominant Tyrone were in both games against Leitrim and Cavan.

Sunday’s derby is sure to be a tense affair as both teams attempt to secure the bragging rights on offer. Tyrone will be hoping Damien Maguire has recovered from the injury that ruled him out of last weeks victory over the Breffni men, while the likes of SP Begley, Justin Kelly, Cathal McErlean, Rory O’Neill, Mike O’Gorman and others will be eager to preserve one of the few remaining 100% records in the entire National League programme. When was the last time Tyrone hurlers could lay claim to such a statistic?

Fermanagh know victory would throw them back into title contention because they have amassed a superior score against Cavan. Ryan Bogue has been in exceptional scoring form for the Erne men and alongside Mark Slevin, Andrew Breslin, Fergus Bannon and Sean Corrigan the Lisbellaw clubman will be looking to exploit any air of complacency from Tyrone. It has the makings of a high scoring contest and with a final berth at stake Tyrone with home advantage have all the incentive they need to carve out a positive result