Home | Tyrone Under 16 Camogie Side Comes Up Short

Tyrone Under 16 Camogie Side Comes Up Short 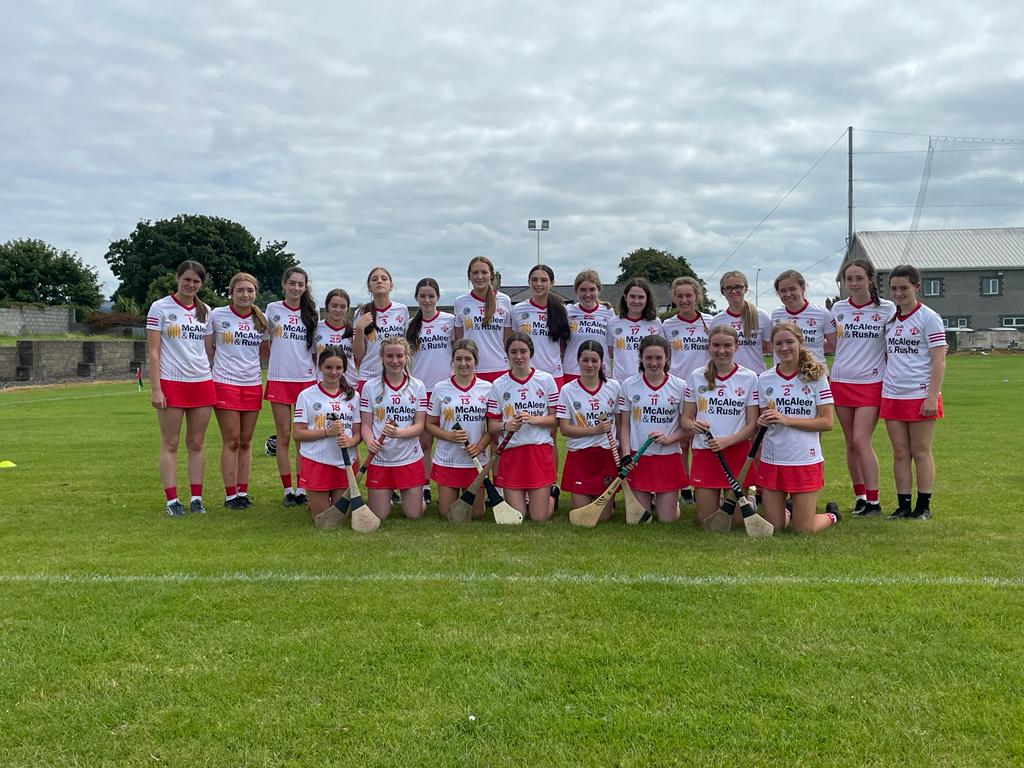 All Ireland U-16 Camogie Semi Final

Tyrone had previously met Cavan in the championship and last time out suffered a narrow defeat. However this time around some team changes for both sides meant that the contest might be closer.

Cavan were quickly on the attack and a hand injury to Sorcha Hughes meant that Tyrone had to make a change in the first minute of the game. Catherine Moohan gave Tyrone hope  when she hit the back of the net but Cavan’s full forward Amelia Bannon swiftly replied to level the game with a rebound off a good save by goalie Kate McKee. Kate Daly then set up Aoife Quinn who showed great composure to take a score. Unfortunately for the Red Hands that was to be the last Tyrone score of the half.

Cavan won several frees within striking range and with Fiona Finnegan displaying unerring accuracy the Breffni girls built a substantial lead to reach the break with the score at Cavan 3-9 Tyrone 1-1.

The girls in blue began the second half with a brace of converted 45’s which seemed to ignite a Tyrone fight back. The McElduff sisters combined to take the first score and Catherine Moohan, who had been very tightly marked in the first half was able to create chances. Tyrone’s movement improved and Kate Daly and Niamh McElduff joined her on the scoreboard. Kelly Coyle roused the travelling supporters with a fantastic kick of the sliotar to the back of the net. Tyrone were well up for the contest now and asked some serious questions of Cavan.

Some excellent team combinations saw a good second half performance, but they were unable to make up the deficit and Cavan made their way to next week’s final.