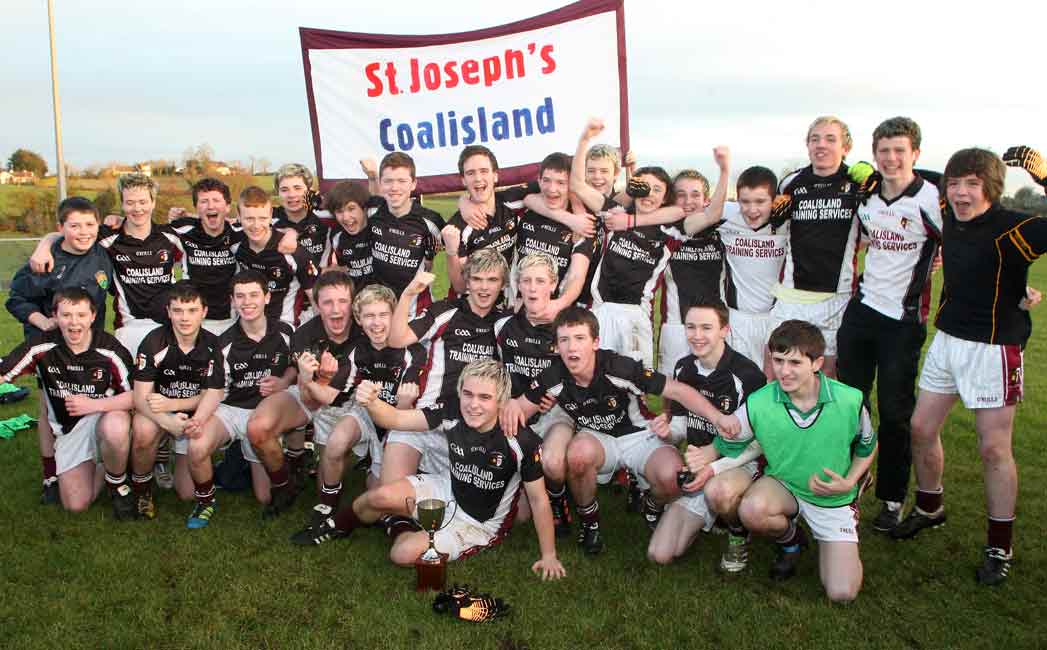 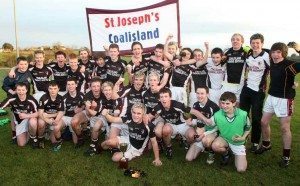 At half time there is a goal between the sides as St Joseph’s Coalisland lead 1-04 to 0-04 with their goal coming from the boot of Gerard Woods. It has been a very keenly contested opening thirty minutes of football with St Joes on top for the most part. However St Ciarans rallied late in the first half and with Mark Kavanagh in fine scoring form (0-03) there is only a goal separating the two teams at the short whistle.

In a pulsating second half of football both teams produced some excellent fare. A goal from Macauley Quinn looked to have secured the title for St Joes but in the next attack St.Ciaran’s were right back in the game when substitute Jody McGlone fired in a goal. Enda McGarrity and Ronan Nugent helped trim the deficit to the minimum but the holders weren’t to be denied and an injury time point from Donal Robinson ensured that they held onto the silverware on a 2-7 to 1-8 scoreline. 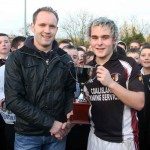