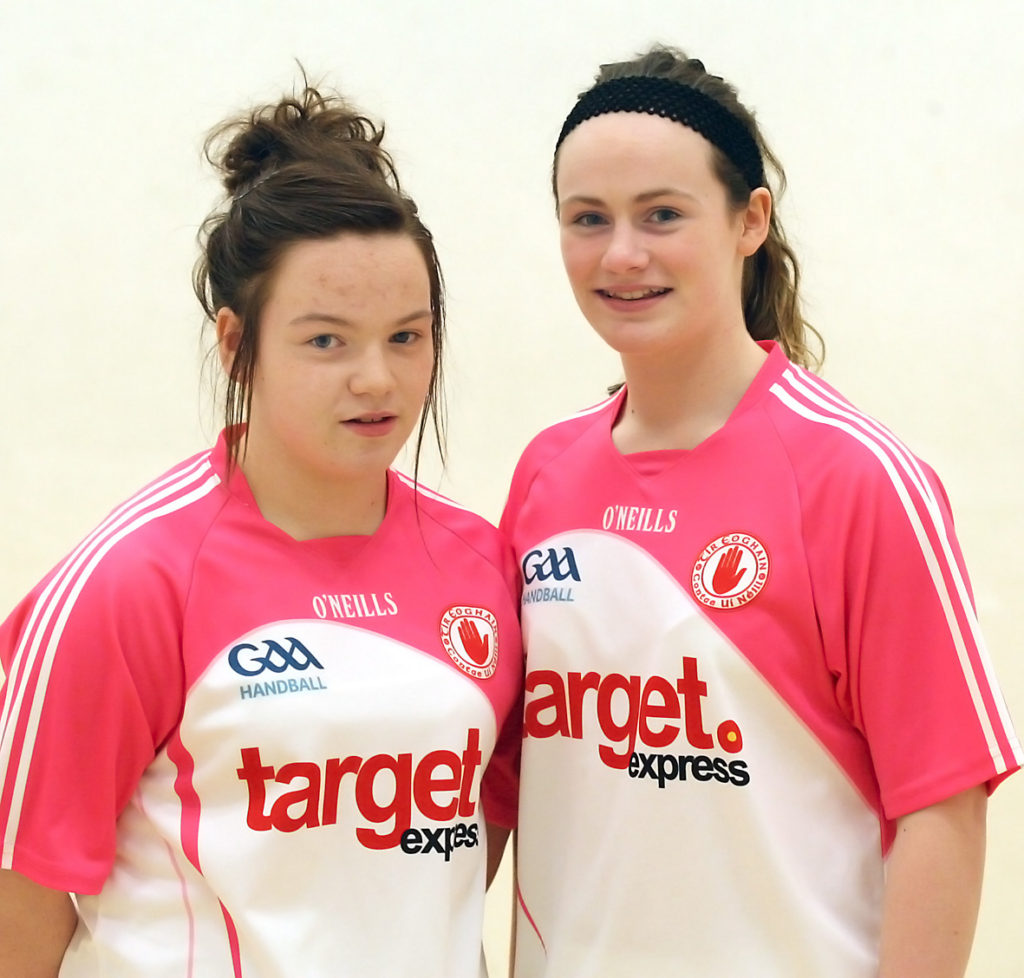 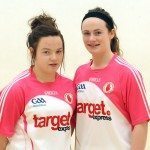 There was history, heartbreak and elation in the making as twelve young Tyrone handballers set off in pursuit of All-Ireland championship glory in Limerick and Kilkenny last weekend.
There was tremendous expectation among local handball followers as the county’s young guns prepared to contest no fewer than seven All-Ireland finals, and much of that expectation was translated into silverware by Easter Sunday evening as Tyrone celebrated its greatest feat in All-Ireland juvenile handball history.
The end result was four national titles in one day, which was a phenomenal, record breaking, achievement. Seven young players, between the ages of 13 and 16, and representing three different clubs, came back to Tyrone as All-Ireland champions, some for the very first time.
It was a particularly significant milestone for the Brackey club with four of their young stars earning the ultimate accolade in Irish handball, while Carrickmore brothers, Ryan and Pauric Mullan, made it a very special day for both their club and family, not least their father Martin, and Aoife Kelly ensured that the Loughmacrory club also enjoyed a share of the glory. 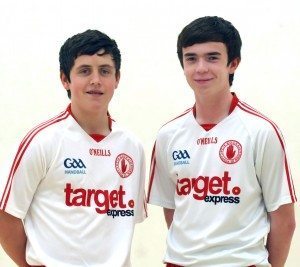 Firstly, however, we should spare a thought for the Tyrone players who made it through to All-Ireland finals in 2012 and missed out at the very last hurdle, not least Brackey’s minor doubles pair, Pol Clarke and Gabhainn McCrystall, who put up a magnificent show in Limerick on Saturday, only to lose in the most heartbreaking fashion imaginable, a 21-20 tie breaker defeat.
What made the result even more agonising for Gabhainn and Pol was that their compelling two hour duel with Clare’s Colin Crehan and Niall Bolton was heading towards a Tyrone victory when they carved out a 20-18 lead in the third and deciding game, only for it to be cruelly snatched away as Crehan delivered the three best, and most decisive, serves of the entire match to steal the trophy.
Gabhainn and Pol had been slow to settle in the opening set and despite getting into their stride as the game progressed they had too much to do and suffered a 21-12 reversal. But they had warmed to the task in the latter stages of that opener and carried that form into the second game, which they eventually won 21-17 after a late Clare rally.
The remarkable thing about the third game was that the Tyrone duo trailed by nine points at one stage, 15-6, but dug very deep to turn the tie around in hugely impressive fashion, leaving themselves just one ace from glory at 20-18. They had one serve at match point and when the Clare boys eventually killed the ball, Pol was extremely unlucky to see his gallant dive to retrieve the shot fail by a whisker, with his return dropping an inch short of the front wall. Then, there was very little the Tyrone lads could do as the classy Crehan conjured up three stunning serves into the right corner to settle an absorbing contest.
It was of some consolation to Gabhainn and Pol afterwards that they have another year remaining at minor level, plus the pain must have been eased further as they watched four of their clubmates creating history by going all the way to national glory in Kilkenny 24 hours later. 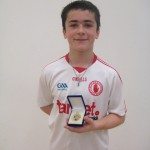 Sean Kerr, one of the most exciting talents this county has produced, became only the third Tyrone player in history to be crowned All-Ireland under-14 singles champion, following in the footsteps of Ciaran Curran, who was champion in this age group back in 1987 and 1988, and Brian Donaghy. Sean, whose handball pedigree can be traced back to his grandfather Mick, and more recently his father Niall, got the Tyrone bandwagon rolling in Kilkenny with a thrilling 15-13,15-13 triumph over Tipperary’s Jason English.
Within a few hours Sean was joined on the winner’s podium by three more Brackey players, Jack Campbell, Johnny Woods and Maeve McElduff.
Johnny and Maeve were both strongly fancied to collect the spoils in their respective under-16 doubles finals, but Jack really rose to the occasion with a brilliant display in the under-15 doubles decider. With his partner Pauric Mullan playing a huge part with some wonderful shots, Tyrone took the opening game by the narrowest of margins and their Kilkenny opponents were helpless in the second as Jack and Pauric were crowned champions thanks to a 15-4 success. 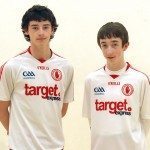 Johnny Woods, meanwhile, demonstrated his undoubted quality in the under-16 doubles final, and Ryan Mullan was equally imposing as the Tyrone lads saw off the challenge of host county Kilkenny with a stylish 21-10, 21-9 victory.
Maeve McElduff, granddaughter of Mick Kerr, and Aoife Kelly, daughter of Loughmacrory chairman, Kieran, lived up to their billing as a potent doubles team when they followed up their under-14 success of two years ago by hammering Clare in the girls under-16 title clash, ensuring win number four for their county on a truly memorable afternoon, Tyrone claiming one quarter of the 16 titles on offer.
The Tyrone under-14 doubles team of Matthew McCartan and Shane McCrystall made a bold bid to earn Tyrone a five timer on the day, and when they won their second game 15-8, after losing the first 15-6, they were very much in contention. But Limerick played really well to clinch the deciding game, ending the brave challenge of the Tyrone lads. 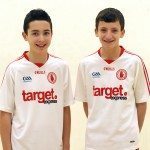 Zara Girvan was always up against it in the girls’ under-17 singles final and that’s how it turned out as Kildare’s Kate Dagg crushed the Pomeroy girl’s hopes of a famous victory.
So, while there was disappointment for Zara, Matthew, Shane, Gabhainn and Pol, there can be no disputing the fact that last weekend was one of the most momentous in Tyrone handball history. And reward for the massive work done by men like Martin Mullan, Niall Kerr, Kieran Kelly and Sean Clarke, among others in the county. 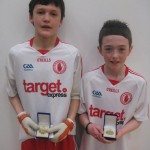 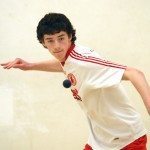 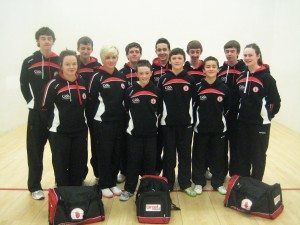