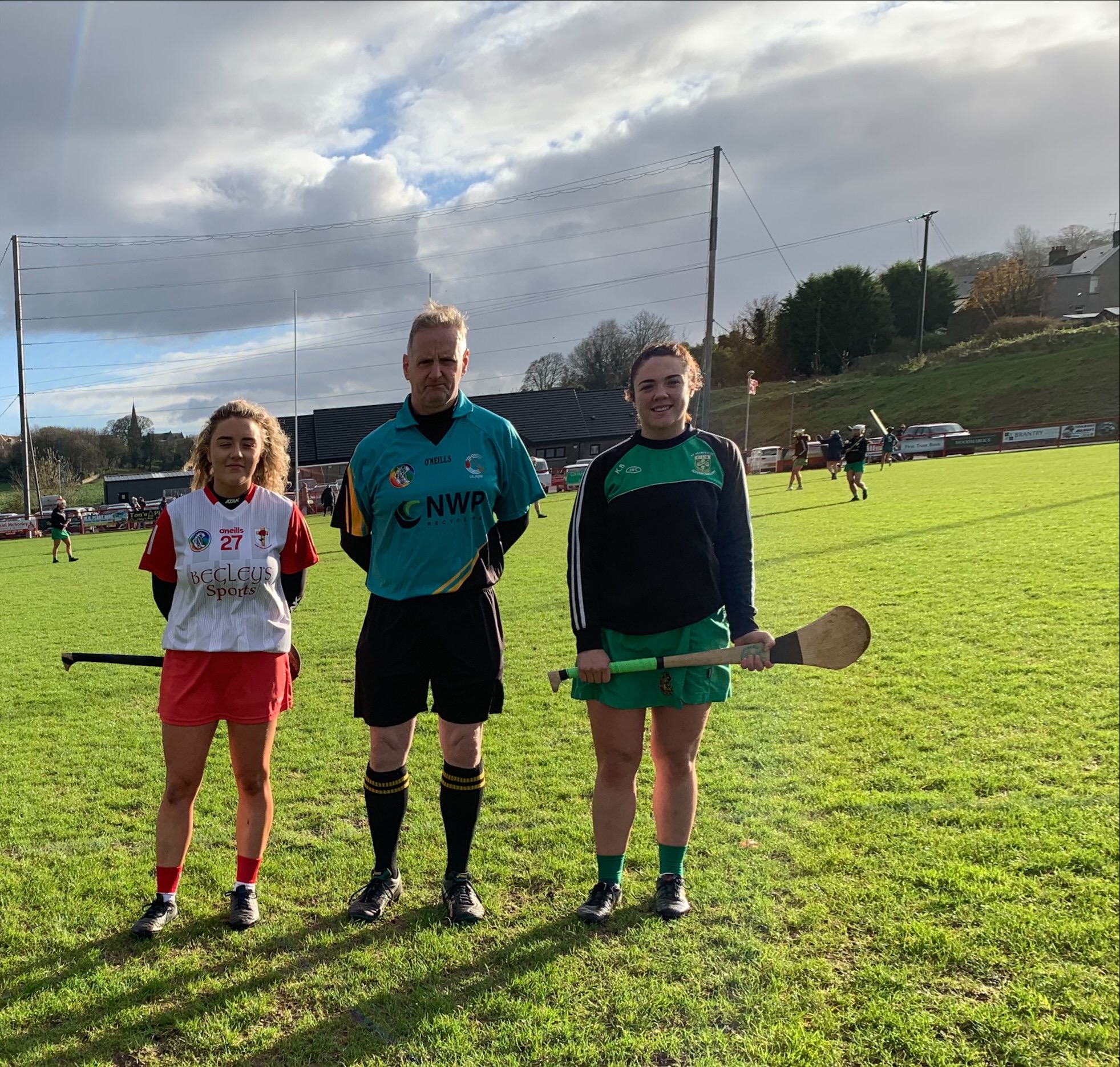 The much delayed 2020 Ulster Camogie Junior B competition took place with St Mary’s Aghagallon travelling to Dungannon to play Naomh Treasa in the semi-final in bitterly cold conditions.

Aghagallon made a strong start and with the help of the wind enjoyed the lion’s share of possession. Player of the Match, wing half back Áine McNulty aided and abetted by defenders Catherine Casey, Marian Barker and Corinna Donnelly worked hard to keep the pressure on the attacking team and were rewarded with several wides.

Naomh Treasa made the most of their opportunities and Louise Casey’s first effort hit the back of the net. Cora McGrath’s effort came close to hitting the net but after a scramble, Roisin McErlean put her team two goals to the good.

Megan McKenzie opened the scoring for the visitors and after Eimear Colton’ in goals made a superb save, Eva Cafolla was able to capitalise on her free with a net bound effort. Megan McKenzie pointed again to leave just a point between the teams at the break.

Dungannon started the half confidently and Cara Little’s effort was clipped into the net by the opposition. Grainne Rafferty’s point was followed by Cafolla’s 45. Sarah Mooney kept the score board ticking over for Aghagallon and further Cafolla frees brought the teams to within a point before Colton tipped a good effort over the bar. Aghagallon had the chance to level the game but the 45 wasn’t converted. Naomh Treasa made their opponents pay with two further points to seal the victory and brings them into the Ulster final next week. The opposition in that one will be Cavan side Lacken who had a walkover in the other semi.