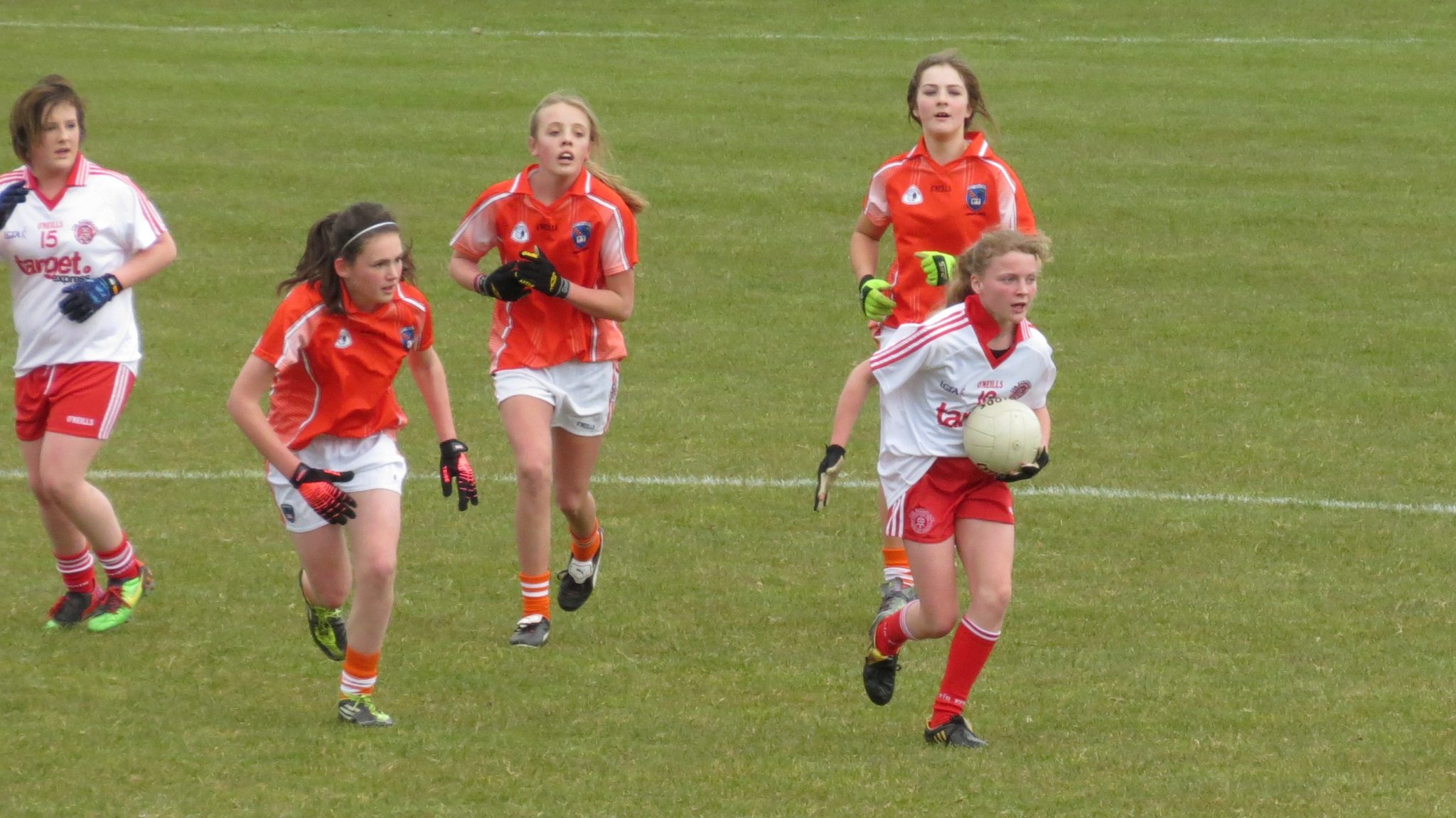 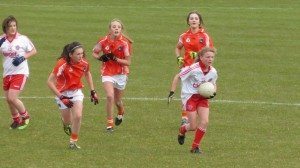 Tyrone 6-14 Armagh 0-2
Tyrone Ladies U14s’ fine form continued on Saturday afternoon with a substantial victory over Armagh at a resplendent Pairc Mhic Sioghair in Strabane. With two changes in the team lineup from the Monaghan game, Cassie McClure starting in place of the injured Megan McMenamin and Anna Harper replacing Sinead Donnelly, Tyrone failed to capitalise on almost total possession in the first ten minutes before Naomi Donnelly broke the deadlock with a long distance point. This was quickly followed by points from Sasha Byrne and again from Donnelly. Dearbhala McDonald scored Tyrone first major with an overhead fisted ball into the back of the net.
Tyrone were dominating the game but to Armagh’s credit their defence repeatedly limited the Red Hand’s scoring opportunities. Slaine McCarroll, Erin Gallagher and Naomi Donnelly added to Tyrone’s point tally before Armagh recorded the first of their scores in the twenty fifth minute. However, Tyrone finished strongly with a goal from Sasha Byrne.
The second-half continued where the first had left off with Tyrone scoring a goal from McDonald and points from substitute Emma Kirk, Erin Gallagher and Naomi Donnelly. McDonald then completed her hat-trick with a rocket of a shot from the edge of the square.
The Orchard girls scored their second and final point of the game as Tyrone pushed on to record a comfortable win with goals from Claire Tuohey and Emma Kirk, and points from Donnelly, McCarroll and Emma Cummings. 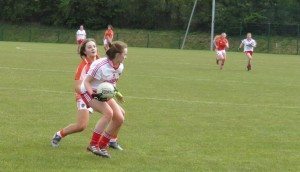