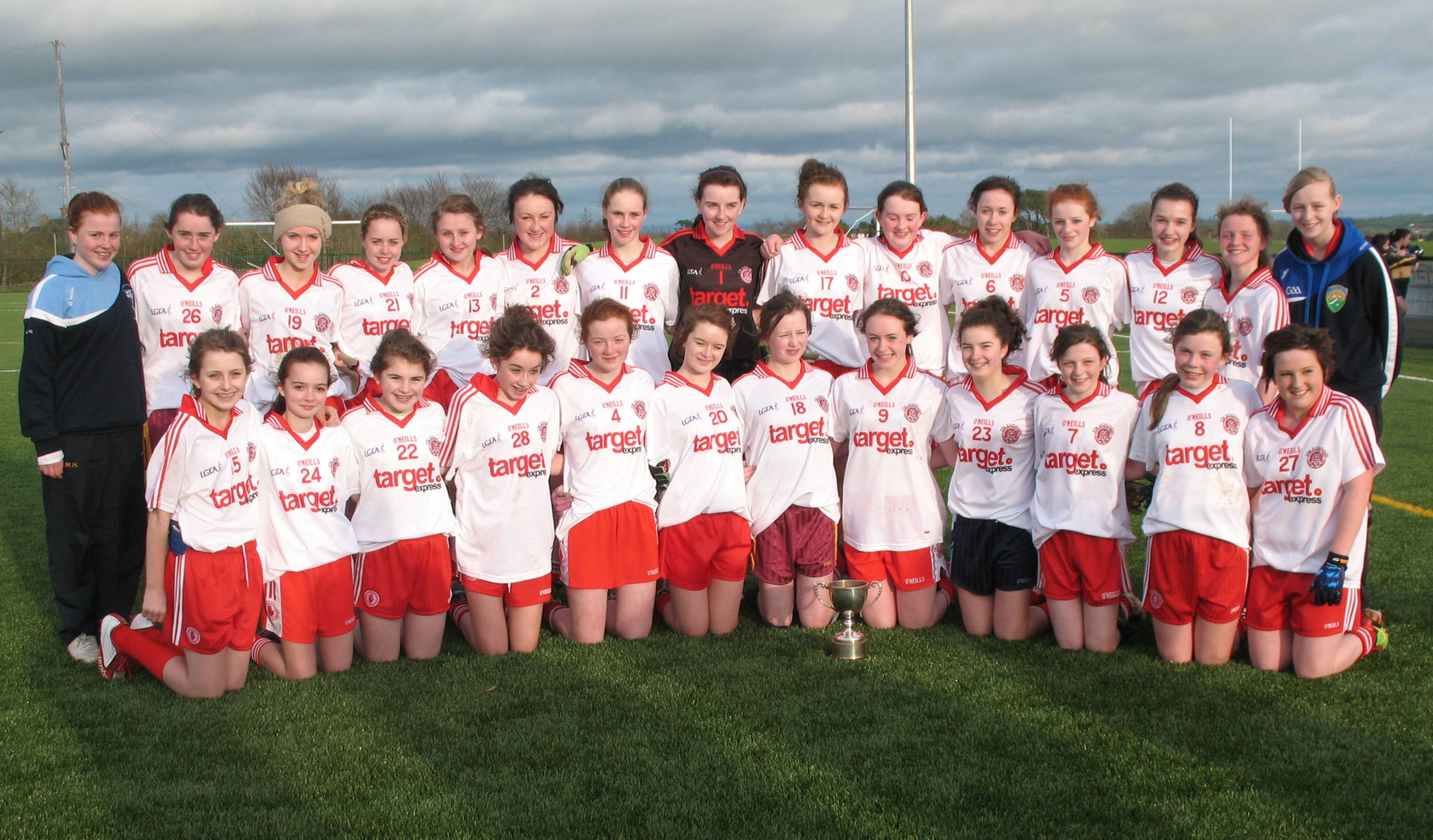 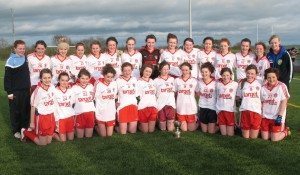 Tyrone’s proud underage tradition in ladies football will once again be tested this coming Sunday. The County’s under 14s who have been in superb form in the Ulster A championship will travel to Emmet Park Lisnaskea to face Monaghan in the Ulster final. Martin Conway and Dessie Friel have pulled out all the stops in preparing this team and from the initial trials at the end of last year the team spirit and belief in this group of players continues to grow.
Monaghan who were roundly beaten in the group stages will pose a far more difficult threat this time round. The Farney girls will have players back from injury and other commitments and have certainly looked in better shape in the last three weeks. Tyrone while preparing well have been rocked by the potential loss of influential captain Megan McMenamin and Aoibhinn McHugh, the duo who played key roles in wins over Armagh Monaghan and Donegal have both picked up injuries.
Joint manager Conway is disappointed with that news
“The Aghyaran girls look set to miss the Ulster final and that’s a big set back but we do have a great squad and they all can do a job for us. At the end of the day that’s what a squad’s about. Sunday will be a test for us despite the group stage result, both Tyrone and Monaghan have set the bench mark this term and the players will have to step up another level at Lisnaskea.” Conway, Friel and the rest of the backroom team will have a nervy couple of days ahead of the final as they attempt to focus and prepare.
The young red hands opened their campaign with a comprehensive display against Armagh, 6-15 to just 0-2 told its own tale. A 5-15 to 3-5 win over Sunday’s finalists followed and set up this youthful Tyrone side for another big scoring tally against Donegal . Despite the injury woes Tyrone will go into the game with the favourites tag firmly pinned to their mast as they head towards Sundays decider. The players have worked hard and have turned in fine performances en route to yet another Ulster final. Conway who was also the county development officer and current county chairman has made no secret of the fact that he wants to see Tyrone teams challenging for national honours,
“Last year our minors came up against Cork, they looked so strong and focused. I said that day that we must step up to the plate here ourselves if we are to be in the shake up for all Ireland titles. This group of players have made the effort and it would be great if they could challenge. First of all we have to get past Monaghan and that’s all we have the focus on for now. I think that’s quite enough for now” admitted the manager who has been at the helm now for several seasons alongside fellow Sigersons stalwart Friel. Veronica McMenamin and Donna Bogle are also part of the set up that hope to guide Tyrone to the Ulster crown.

Sunday’s final throws in at 5-30pm at Lisnaskea and with such a large number of clubs represented Tyrone officials hope that the side will be well supported at the Fermanagh venue.