Home | Under 16 Camogie Side Hurl With Great Heart

Under 16 Camogie Side Hurl With Great Heart 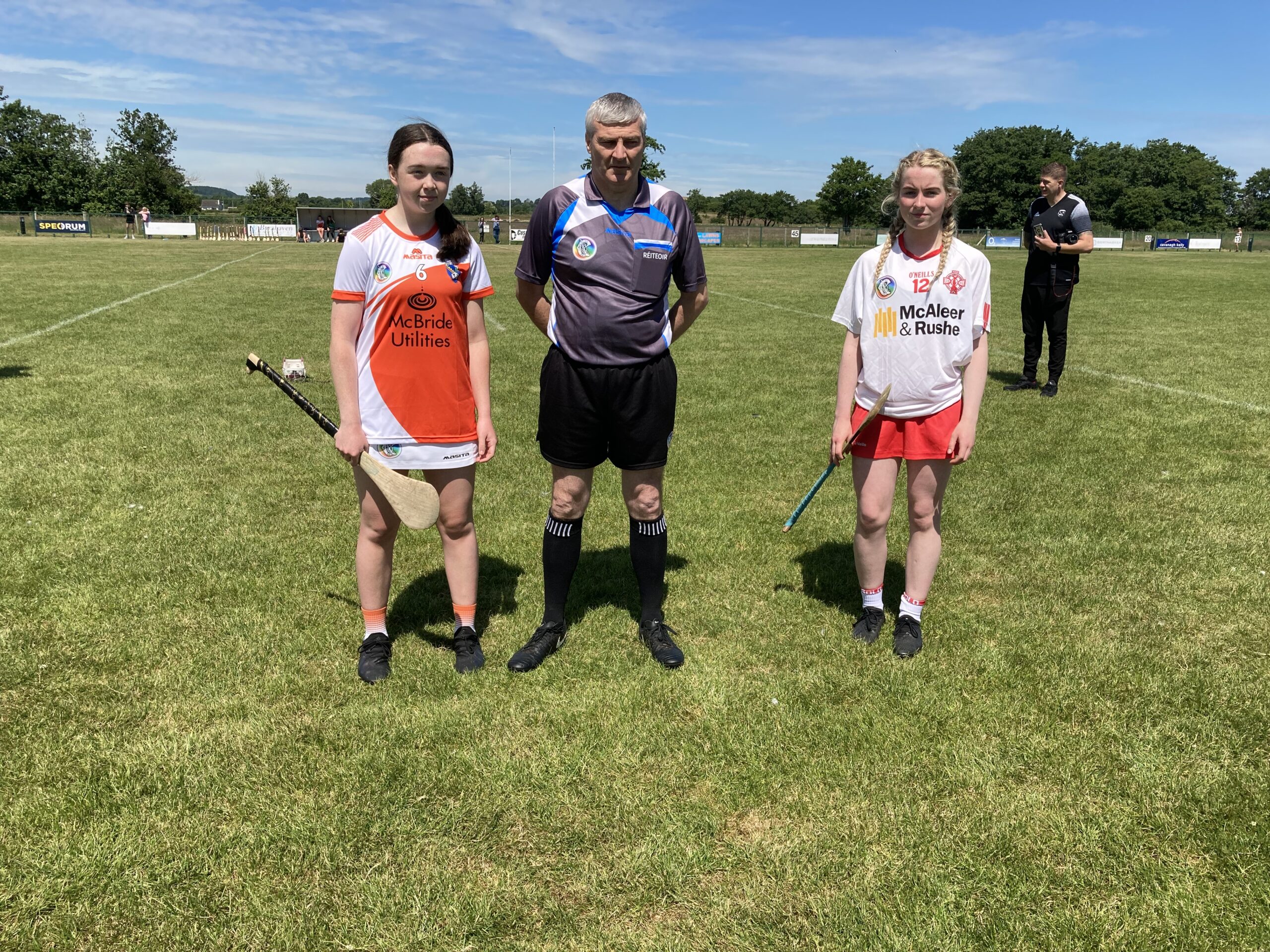 Tyrone hosted Armagh in their second round robin Under 16 championship game at Derrylaughan on Sunday afternoon. Both sides served up a highly entertaining game that saw the Orchard County pull away after the second water break to win convincingly 2-17 to 2-8.

This was a much improved Tyrone display from last week in which every player hurled with intensity and commitment. Armagh hit the net in their first attack and added two quick points before Tyrone settled. Áine Cunningham pointed and the fleet footed Eva Cullen hit the net to leave a single point in it at the first water break.

There was little between the teams throughout a close first half. Armagh centre forward Thalia White and midfielder Caoimhe Mc Nally were outstanding for their team with White in particular peerless from the placed ball and play.

Both teams added four points apiece before the break to leave the half time score 1-8 to 1-6 in favour of Armagh. Among the Tyrone scorers were Olivia Farley and Áine Cunningham who both led by example throughout.

Armagh played wind assisted in the second half but Tyrone matched them stroke for stroke and indeed led 2-8 to 1-10 just before the second water break after Eva Cullen had struck for her team’s second goal.

The Orchard County however pushed on after the refreshment break and outscored their hosts 1-4 to no score during the closing quarter to take the tie on a final score of 2-17 to 2-8.